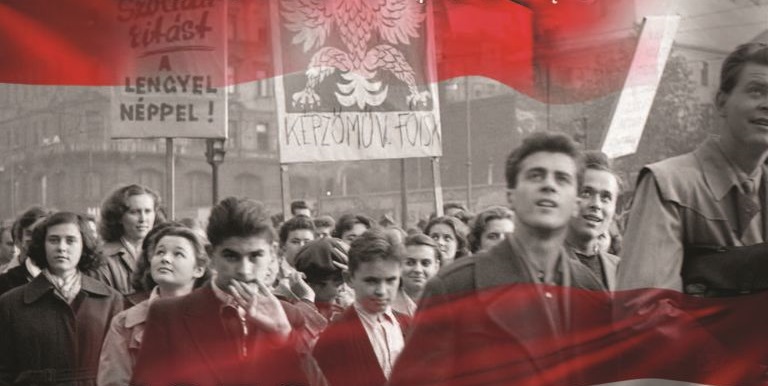 Autor: Paweł Sasanka 15.12.2020
The Hungarian revolution of 1956 is well known to Poland, while some of the aspects of this dramatic moment in Hungary’s history and Polish-Hungarian unity in these days have been described in the Polish literature.

Among many monographs and other historical works on the events of 1956 Hungary, including the Polish-Hungarian aspect, what stands out is the lack of Hungarian memoir literature – in Poland almost non-existent. This incredibly severe hole is filled by the memoirs of Gergely Pongrátz, the commander of one of the biggest and longest fighting uprising units in Budapest in the region of the Üllöi Street and Corvin’s Alley. They were published in 2020 by the Institute of National Remembrance in cooperation with the Hungarian Culture Institute in Warsaw. It is a personal report of the dramatic street fights, where the author is one of the main protagonists, in the centre of the events.

Memoirs from the perspective of a quarter of a century

A short autobiographical introduction precedes the actual report: day by day entries, beginning in October 23rd and the first news from Budapest which found the author around 80 kilometres north-west from the capital, where he worked at the state-owned farm and from where he went on to join the fight, ending with the last days of the uprising and the escape from Hungary with a group of insurgents following its fall. 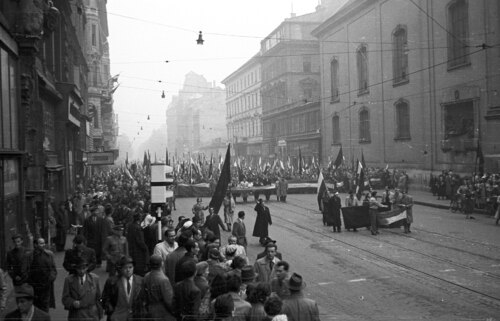 However, it is not a daily diary or a kind of a letter from fighting Budapest, which some entries could suggest – they are memoirs written from the perspective of a quarter of a century (their original edition was published in Chicago in 1982 and in Budapest in 1989). which was not without its influence on the opinions expressed by the author. They do not aspire to be the record of historical facts, but are inevitably a subjective, very emotional report of a man risking his life.

However, it is not a daily diary or a kind of a letter from fighting Budapest, which some entries could suggest – they are memoirs written from the perspective of a quarter of a century.

Pongrátz’ account is a story on everlasting values, a fascinating record of emotions and attitudes of people fighting for freedom, from which the sublime atmosphere of these days shines through. It is filled with details of the heavy fighting in Budapest, as well as an account of the common, everyday reality of the insurgence (if one can call it that),  circulating rumours on the political situation and tensions between the insurgents – the author does not shy away from describing his personal aversions. By painting such a colourful and lively picture, Pongrátz presents the Corvin’s alley as the main point of resistance and the almost mythical scene of the most violent fights at the streets of Budapest, although there were many more crucial points like this during the first Soviet intervention, while the fighting went on for longer at some of them. Yes, he distinctly glorifies the uprising, but at the same time he uncovers the lies of the communist propaganda of the János Kádár’s government, which tried to present the insurgents as common criminals. Finally, he corrects the theses of some of the historians, which were false in his opinion. 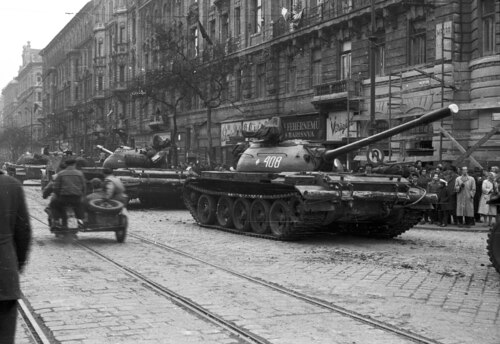 What is the year 1956 to Hungarians

The value of the Polish edition of the book is significantly raised by the added introduction by Hungarian historian Áron Máth, which provides the Polish readers with a perspective of another Hungarian.

Pongrátz uncovers the lies of the communist propaganda of the János Kádár’s government.

It is not only a critical introduction to the novel, but it also describes what the year 1956 is to Hungarians and their history. It describes the history of Hungary since the Second World War, through Stalinism, to the direct genesis and course of the uprising.

The year 1956 united, once again in history, the fates of the two nations. This book, published thanks to the cooperation between Poles and Hungarians, translating and editing the introduction, working on the annotations, is the living proof of their shared heritage. 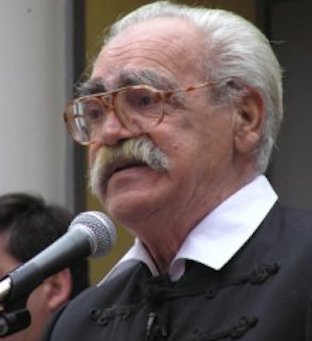