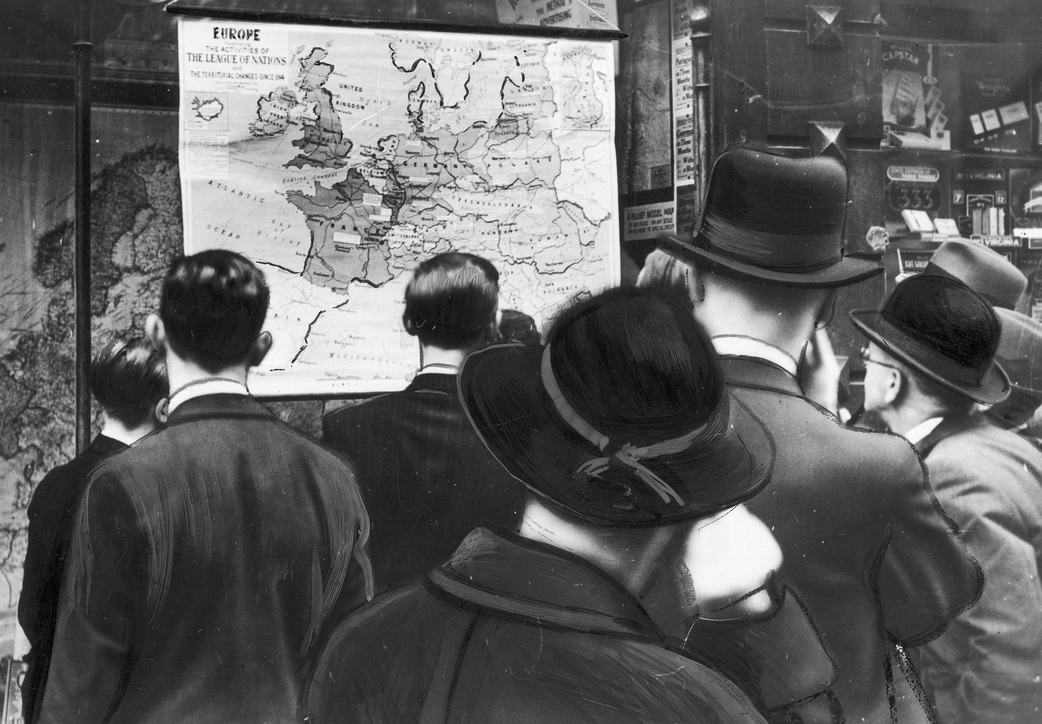 Passersby in front of the map of Europe hanging on a street in Paris in September 1938 Photo: NAC
POLECAMY
Share
Retweet
E-mail
Artykuł

Déat did not wish to die for Gdańsk

Author: MICHAŁ WENKLAR 28.09.2021
On the pages of the French l’Oeuvre daily, on May 4 1939, Marcel Déat wrote an article entitled Mourir pour Dantzig? (To die for Gdańsk?). This text became the symbol for the so-called appeasement policy and the lack of sympathy of a part of the French society towards the problematic alliance with Poland.

The article in question was published when the tensions, threatening with war, grew ever larger between Poland and Germany, and France and Great Britain clearly sided with Poland if the Germans decided to attack. The demands to join the city of Gdańsk to Germany, thus creating the Danzig Corridor through the Polish Pomerania province to East Prussia had been repeated since October 1938. On March 31 1939, the government of Great Britain and on April 13, the government of France both confirmed their military support for Poland if it was forced to wage war on Germany. On April 28, a week before the publishing of Déat’s article, Hitler withdrew from the Polish-German non-aggression pact.

The l’Oeuvre daily was a leftist-liberal magazine supporting the liberal, clearly pacifist coalitions in the interwar period. In 1939, it printed more than 270 thousand newspapers. Déat, an MP, a renowned politician and columnist connected with the socialist movement, wrote that peace in Europe cannot be tied with Poland’s disagreement with Germany on Gdańsk. He stated that the conflict itself was baseless since Poles had the port in Gdynia and the Nazis ruled over Gdańsk anyway. He added, that even in light of the guarantees of support, the case of Gdańsk should not be the casus belli. He believed that Paris and London must have the freedom of choice in the case which could cause a tragic war.

Déat’s article ended with the words:

„To fight side by side with our friends Poles, in the name of defending our lands, our property, our freedom, is a perspective which we need to face bravely if it is to allow us to keep the peace. But to die for Gdańsk? No!”

Déat also accused the Polish authorities and society of unnecessary dash and incurable optimism. He believed Poles underestimated the German threat and their military potential as well as trusted their own strength too much. He said that the cavalry lances would do nothing against the armoured divisions. He also posed the question of how much of a threat was the Red Army to Poland. He viewed Poland’s firm stance against Germany as unreasonable patriotic excitement. 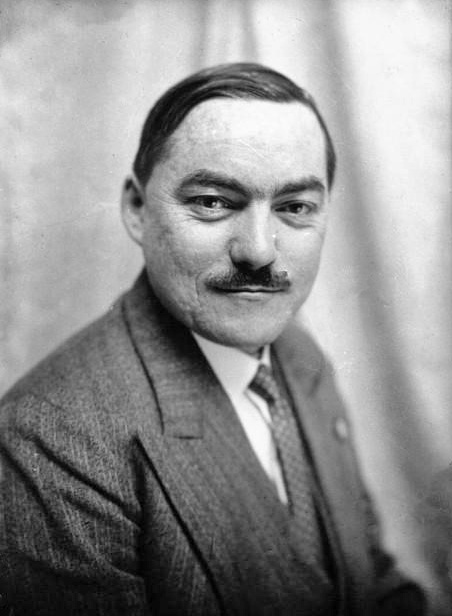 Marcel Déat on a photograph from 1932 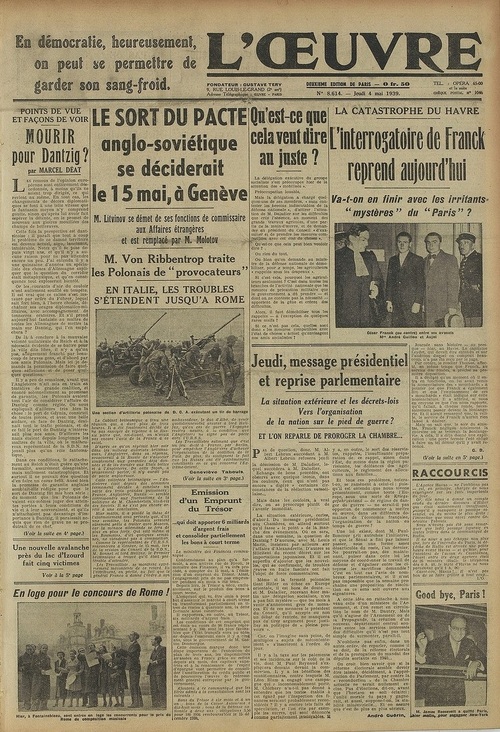 In the spirit of appeasement

Déat’s article was one of the loudest voices of the appeasement policy in France which stated that Germany should be appeased by giving in to its demands. After returning from the Munich conference, where the Sudety mountains were handed to Hitler on a silver platter, Prime Minister Edouard Daladier was welcomed as a hero. Like someone who had just saved peace. Such attitudes contributed to France’s lack of action during the “phoney war” and its subsequent fall in June 1940. This attitude was characteristic to all those who welcomed with joy the armistice signed by Marshall Philippe Pétain on June 1940 which created the collaborative Vichy state.

However, we should remember not to attribute Déat’s views to the entire French society. His article appeared under the section Different opinions and points of view which was to suggest that it was only the author’s approach. According to an opinion poll conducted at the end of July 1939, 76% of French people agreed that if Germany was to take Gdańsk with force, France should try and stop it, using force as well if necessary. 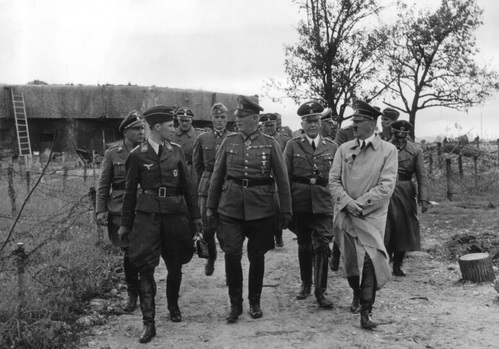 Adolph Hitler and Marshall Wilhelm Keitel during an inspection at the Maginot Line, June 1940 Photo: NAC

After France was taken by Germany, Déat became one of the leading politicians supporting collaboration. In this spirit he led the l’Oeuvre daily, of which he became the editor-in-chief on July 5 1940. He established the National Popular Rally which, apart from the French Popular Party of Jacques Doriot and the Franciste Party of Marcel Bucard, was the closest to Nazi German values. Déat’s party believed that France needed to closely cooperate with Hitler, even more so than the Vichy state. It is worth noting that the super-collaborative movements were often of liberal roots. Déat came from a socialist movement and Doriot from a communist one.

The end of the war found Déat deep in Germany where he co-created the last Vichy government. He then ran to Italy where he hid for the rest of his days in 1955. He was sentenced to death in post-war France.