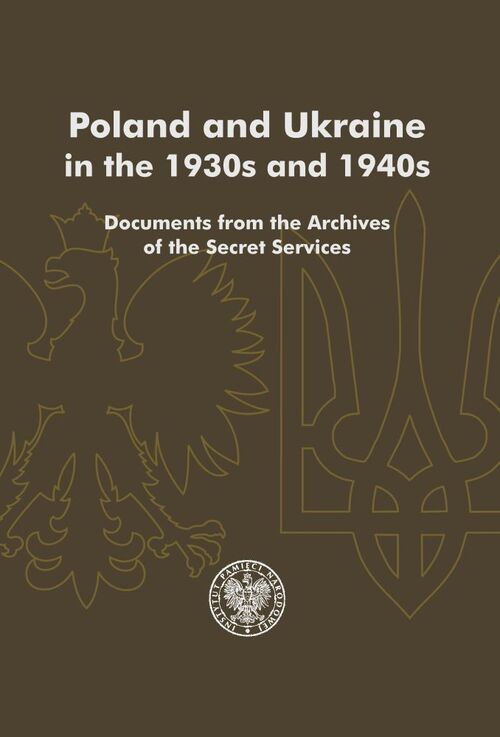 Poland and Ukraine in the 1930s and 1940s. Documents from the Archives of the Secret Services

Representing the fruit of fifteen years of cooperation between Polish and Ukrainian scholars, this remarkable collection of documents, translated from Po lish, Ukrainian, and Russian, covers the painful history of Ukrainian-Polish relations in the past century. Many of the documents have been newly discovered, and throw light on a particularly violent period of recent history for the first time.

Secrecy was the hallmark of Communist rule. The saying, “There’s no truth in ‘Pravda’ and there’s no news in ‘Izvestiya’ ” was quite appropriate for the Soviet Union. The archives in the Communist states were, remain are, under the direct or indirect control of the secret police. Significantly, when the Soviets invaded Poland in 1939, the archives were one of the first institutions they occupied (see ChapterIII). A regime noted for mass mobilisation in fact concealed its actual operations from the masses and the world. The Great Famine (Holodomor) of 1932–1933 in Soviet Ukraine (which killed millions of people), the national operations of the Great Terror (which targeted certain nationalities such as Poles, Latvians, and Koreans), and the Katyn Massacre are good examples of secrecy and cover-ups. Those who have worked in the archives of former Communist countries (including the Soviet Union and Poland) know well how severely restricted access to them used to be. It was often necessary to work without any guide whatsoever to the collections. The fall of the Berlin Wall and the collapse of the Soviet Union a little more than twenty years ago changed the situation dramatically. Many formerly secret archives were thrown open, and the hunger for more information grew, precisely because so much had been kept secret by the Communist governments. The present volume reflects the hard work propelled by this hunger.

The result is both important and far-reaching. Many secrets have come out. For example, nothing had been known about the special terror operation of 1937–1938 against the Poles. Archival documents drawn chiefly from Moscow and Kiev (and reproduced in the present volume) reveal the goals Moscow pursued with this mass terror and how it was carried out (Chapter II). Likewise, almost nothing was known about Operation “Sejm,” an action implemented in 1944–1946 to liquidate Polish underground movements on the territory of former Poland which had now been incorporated into the Ukrainian and Belorussian Soviet Republics (Chapter V). Although the mutual Polish-Ukrainian massacres that took place towards the end of World War II in Western Ukraine/Eastern Poland were not unknown, it only became possible to explore their full picture after the formerly closed archives of the Communist states became accessible (Chapter IV). The same was true of the Great Famine of 1932–1933 (Chapter I), the Sovietisation of former Polish territory following the September 1939 invasion by Soviet military forces (Chapter III), the coordinated exchange of ethnic Poles and Ukrainians between Poland and Ukraine in the period 1944–1946 (Chapter VI), and Operation “Vistula,” a campaign for the forced resettlement of ethnic Ukrainians in Poland in 1947 (Chapter VII). The collection and publication of these documents, along with a detailed introduction to each chapter, represents an extraordinary achievement of Polish-Ukrainian scholarly collabouration.

It may be unnecessary to interpret the rich collection of documents here, for the significance of such a collection of documents is to let readers form their own opinions. Specialists of the subjects covered in this volume will want to examine the original, more complete Polish-Ukrainian editions. Nevertheless, a few words are in order on the historical context within which some of the events covered here took place.

Poland and Ukraine in the 1930s and 1940s. Documents from the Archives of the Secret Services