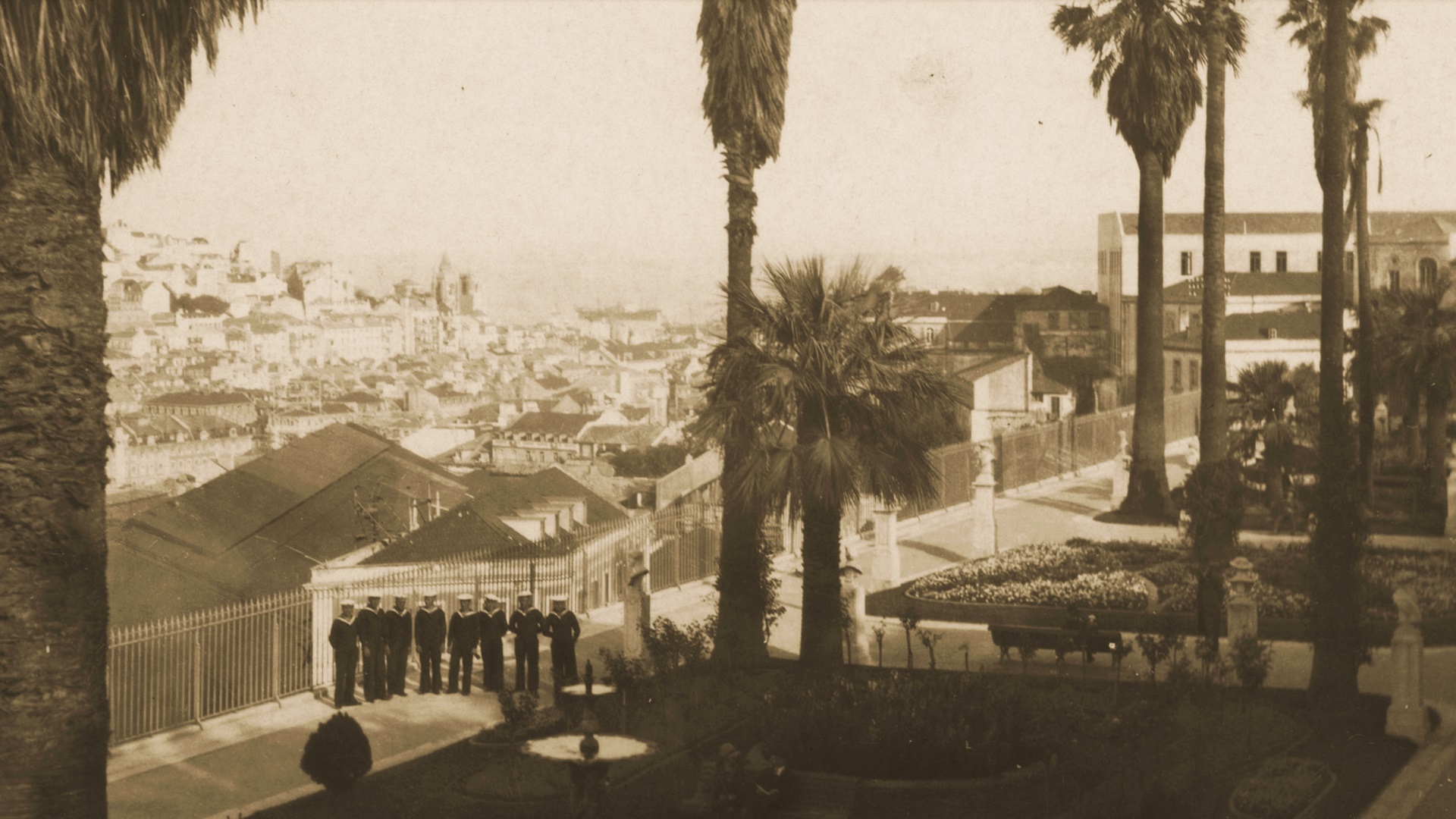 Author: ALICJA GONTAREK 19.07.2021
During the Second World War, Portugal became a very important country to which, following the evacuation of the Polish government-in-exile in France in 1940, many Polish refugees, including several leaders of the Polish state, escaped.

Portugal was a relatively safe destination for Poles during the Second World War, since its Prime Minister Antonio de Oliveira Salazar (1889-1970) declared neutrality. The country supported both the Allies and the Axis - it allowed the former to use its air and sea bases at the Azores, at the same time selling tungsten to the Third Reich.

The formal lack of engagement on either side of the military conflict forced Portugal to face a serious refugee problem. When the Germans took Paris in 1940, the mass emigration of the population to the west began through France and Spain. In many memoirs, both Polish and Jewish, Portugal was seen as a hospitable place, the last bastion of freedom from German violence, on the very edge of Europe, from where one could only escape to South America, the United States or Great Britain.

After Switzerland, Portugal is yet another neutral state, where a fruitful Polish-Jewish cooperation was established, which helped save thousands of human lives.

It is estimated that, during various times of the war, around twelve thousand people of Polish origin came through the Portuguese lands in total. Meanwhile, partial data point to the fact that between June 1940 and the summer of 1941, the Polish embassy in Lisbon managed to evacuate around 3 thousand refugees to territories beyond the reach of the Third Reich, mainly to South America and the Caribbean. Most of them were of Jewish origin.

The Polish embassy in Lisbon, led by Karol Dubicz-Penther (1892-1945) since the end of the 1930s, directly and indirectly took part in the evacuation operations. Next to his actions, another key element of helping the refugees was organising the Committee for Aiding Polish Refugees at the end of 1939, represented by Stanisław Schimitzek (1895-1975). In time, he began fulfilling his duties as the official representative of the Ministry of Labour and Social Care of the Polish government-in-exile. 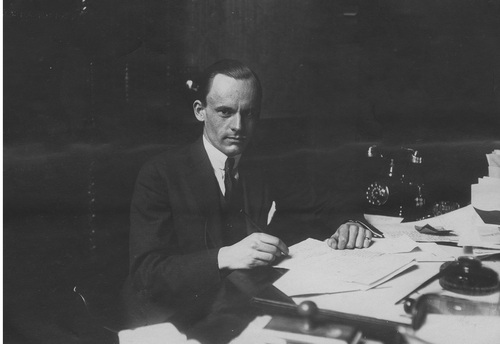 Contrary to some publications about their fate in Portugal, the situation of the Polish refugees in that country was not as easy as it would seem, since their integration was constantly blocked and any of their activities highly limited. They were met with unfriendliness not only from the authorities, but also from the Portuguese society. However, one person worth praise was col. Henrico de Campos Fereira Lima, the secretary general of the Portuguese-Polish Friendship Association (Grupo Amizade Luzo-Polaca).

The headquarters of the Committee was initially located at the back of the Lisbon tobacco shop “Tabaqueria Havana” belonging to a Belgian honorary diplomat. In time, since Poles turned out to be efficient organisers, it was moved to a more presentable building by rue Rodrigo da Fonesca. Since then, the Committee had 11 rooms at its disposal.

The formal lack of engagement on either side of the military conflict forced Portugal to face a serious refugee problem.

The biggest achievement of the Committee, requiring great mobilisation and ingenuity, was launching the so-called package initiative which began already in December 1940. As reported by Schimitzek after the war, approximately 600 thousand packages were sent to Portugal in total.

Since the end of 1940, until November 1941, the Committee sent more than 26 thousand packages. Each weighed half a kilogram and contained tea, coffee or cocoa. Of course, it was barely a drop in the ocean of needs, as everyone was perfectly aware; however, members of the Committee had hoped that the initiative would grow from there. Soon after, the Committee received financing from the Ministry of Labour and Social Care, and the case became of personal interest to Ludwik Grosfeld (1889-1955), one of the Ministry’s director. In autumn 1941, he sent more than six and a half thousand dollars for the initiative. Moreover, it was supported by the Union of Polish Jews in Argentina (Ispol - Union Israelita Polaca en la Argentina). Probably since that time, meaning since autumn 1940, the packages, initially in small amounts, began reaching ghettos as well. 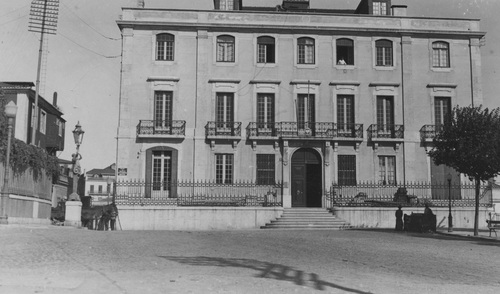 View of the building of the Polish embassy in Portugal

Unfortunately, the package initiative did not come to the liking of Portuguese officials. Since late autumn 1941, on the basis of the decision of the local authorities, the main Lisbon post office was only allowed to receive between fourty to sixty packages a day, while other post offices only five packages per one sender. Additionally, they were only to be sent until 8 a.m., which was aimed at halting the Polish shipments.

Schimitzek complained multiple times about such situations in his memoirs, about the lack of understanding of the situation in Poland by the Portuguese; all talks, during which the Committee appealed to the authorities to consider humanitarian values and the difficult situation at the country occupied by the Germans, came to naught. Hence, the Poles turned to other methods. The head of the Committee recalled with no shame:

What helped our cause was the never-ending admiration of blonde women by the Portuguese. One of our proteges, bright-haired Buna Sukiennik, agreed to soften the heart of the post office’s director, whom she knew personally, in return for hiring her father in the expedition of the package department, with standard payment in the form of the refugee benefit.

It is estimated that, during various times of the war, around twelve thousand people of Polish origin came through the Portuguese lands in total.

Thanks to this type of actions, the package initiative continued. Seeing that the transfer of food through this channel was effective, in March 1942, Shmul Mordechai Sigelboim [Polish: Szmul Mordechaj Zygelbojm; trans. annotation], member of the National Council who was very interested in supporting the aid initiative, wanted to join the operation. In a conversation with Schimitzek, he promised to get credits to expand it.

Sigelboim kept his word. The first transfer reached Lisbon by the end of June 1942 (480 pounds). The entirety of the sum donated by Sigelboim equaled four thousand pounds. In mid-August, the Committee also received a donation from the Jewish Labour Committee, based in New York, for the purchase of 600 packages, with more payments for the help of Jews coming in autumn, namely 3 thousand pounds from The Board of Deputies of British Jews (BDBJ), which also sent a register with nearly six thousand addresses in Poland. To make the sorting of correspondence coming from the country easier, on the order of The Board of Deputies of British Jews, a separate address of a fictional sender was procured - Emilia Langner, Caldas de Rainha. The help began reaching the occupied country after the Germans began the Holocaust. 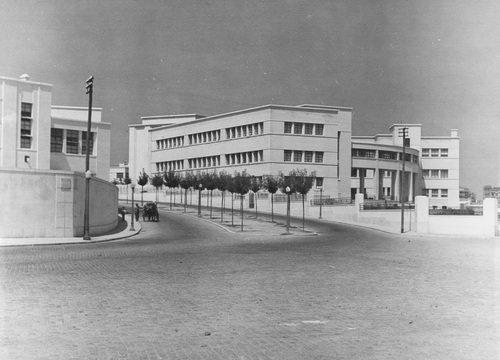 Modern neighbourhood in the capital city of Portugal, 1941

In mid-December of 1942, at the request of the director of Joint [American-Jewish Joint Distribution Committee; trans. annotation], the Polish Committee in Lisbon decided to send 12-15 thousand unregistered letters to the Judenrats, or Jewish councils, in occupied Poland. However, after a short time, the distribution was suspended, since Joint had no way of ensuring the packages would be delivered to the intended recipients in occupied Poland. The Holocaust continued, so it was debated whether there was still any point in sending the packages.

Confirmations of delivery and confiscations

In the end of January 1943, BDBJ came up with a new list of approximately four thousand addresses. Schimitzek, along with the new representation of Joint in Lisbon, Herbert Katzki, decided that starting mid-February, the same year, one trial package with a return receipt would be sent to each and every one of the more than ten thousand addresses they managed to establish. Moreover, gifts (two thousand packages) were sent to the Cracow Judenrat, to Dr. Michał Weichert (1890-1967).

Contrary to some publications about their fate in Portugal, the situation of the Polish refugees in that country was not as easy as it would seem, since their integration was constantly blocked and any of their activities highly limited.

A month later, initial responses came back from individual people - the first one from Andrychów. The next confirmations of delivery came from the Judenrats in Łódź, Stryj and Włodawa. However, the inspection of the initial results of the initiative did not spur any enthusiasm with only 400 people out of ten thousand confirming they received the package. Later, that number went up to one thousand. It was also counted that around 150 packages were returned. What’s more, the Polish embassy received return receipts from Cracow and Warsaw, informing about their confiscation “on the basis of foreign exchange regulations”. In total, approximately four thousand packages got confiscated. At the request of BDBJ, the Committee sent more than twenty-seven thousand packages to individual addresses and Judenrats.

The responses came mainly from the Judenrats; 80% of them came from Łódź and other Jewish councils at the territories included in the Third Reich and Galicia. 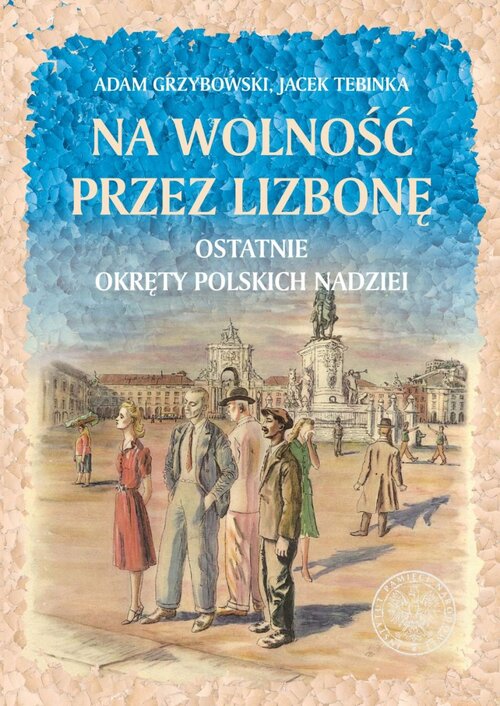 The shipping initiative was stopped on the order of the Ministry of Labour and Social Care, when it was established that the Cracow Judenrat, where packages were being successfully delivered, was working for the Germans. Instead of Cracow, the help was then directed to Terezin, where a Jewish camp was located, but it failed to reach their intended recipients. Hence, in March 1944, all the shipments were suspended.

Both the package initiative and the transfer of Jewish refugees across the ocean were operations requiring great organisational abilities, many diplomatic measures and undertakings. After Switzerland, Portugal is yet another neutral state, where a fruitful Polish-Jewish cooperation was established, which helped save thousands of human lives.