Author: ILONA RELIGA 02.02.2021
During the inter-war period, Polish cafes were one of the most vibrant, often visited places. During spring-time, when the most crowded streets were filled with masses of pedestrians, cafe gardens appeared along the pavements, serving their clients with coffee, cakes and other sweets.

On the brink of regaining independence, the cafe inspirations reflected the atmosphere of the time of the partitions. Hence, cities like Lviv and Cracow remained faithful to the Vienna cafe fashion. In time, these differences disappeared and the biggest European metropolises set the newest trends.

Cafes during the inter-war period served many functions. They were more than just places where you could drink coffee. They were a perfect space for social gatherings; where you could rest, contemplate or go on dates. Their regulars set the fashion and culture trends.

One such example was the famous set consisting of coffee served with pasty, which was sold at the capital city’s confectionery “Lourse”, at the European Hotel; while the women of the city of Kielce often visited the “King brothers’” cafe which delighted its clients with mini-cakes.

The smell of coffee in a cafe was an integral part of the academic life as well. The best example for that was the Lviv mathematical community with prof. Stefan Banach as the most prominent regular in the city’s cafes. Scientists and researchers liked to spend their time in the “Kawiarnia Szkocka” or “Scotch Cafe”, holding lively academic discussions and solving equations.

The places visited by people of art and culture were especially inspirational.  Among the most popular cafes of that type was without doubt the legendary Warsaw “Ziemiańska” or “Landowner’s” cafe. Many art exhibitions and fashion shows took place in another cafeteria in the capital - “Kultura i Sztuka” (“Culture and Art”). 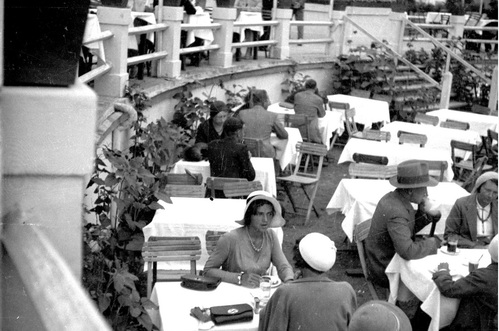 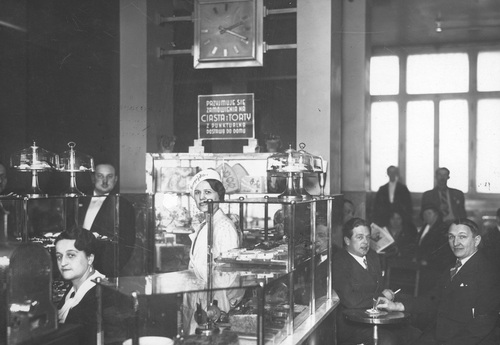 The cafes were usually opened in the morning and closed late at night. They were mostly closed at midnight due to the so-called midnight tax. Some places were also open on Sundays. The functioning of cafes was regulated by religious and traditional laws, the clients’ preferences, but first and foremost by a set of regulations. The rules concerned both the interior of the cafes, as well as hygiene and the form of putting the food and drinks on displays. The employees were expected to be well-dressed, with clipped nails.

It were usually men who came to cafes. The keepers of tradition criticised the presence of women in “immoral places”, but emancipated women began filling the cafes more and more. The usual regulars of cafes were middle-aged readers of press, who spent entire days reading newspapers and magazines. Since cafes were places where social life bloomed, most clients appeared there on weekends and days free of work. Sometimes, you had to pay in order to enter some of the most exclusive coffee shops. Additionally, the more popular cafeterias had special zones for the most privileged guests. At the Cracow cafe of the “Grand” hotel, in the special room called Siberia, decorated with colourful caricatures of its most prominent regulars, there were several tables. Lecturers from universities sat by the “professors’ table” for example. 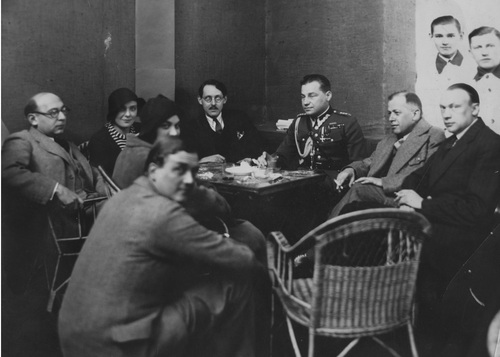 The cafes served mostly several types of coffee, tea, and other drinks, including alcohol. Various kinds of sweets were also necessary for a successful cafe. Halvah and chocolate were served i.e. at the Kielce “Wersal” or “Versailles”. Moreover, many coffee shops offered savoury appetizers and dinner dishes. The most renowned places were known for their original sweets and courses. One such example was the famous set consisting of coffee served with pasty, which was sold at the capital city’s confectionery “Lourse”, at the European Hotel; while the women of the city of Kielce often visited the “King brothers’” cafe which delighted its clients with mini-cakes. In the summer, they also made their own ice cream. The more luxurious cafes often served their sweets in little paper forms. 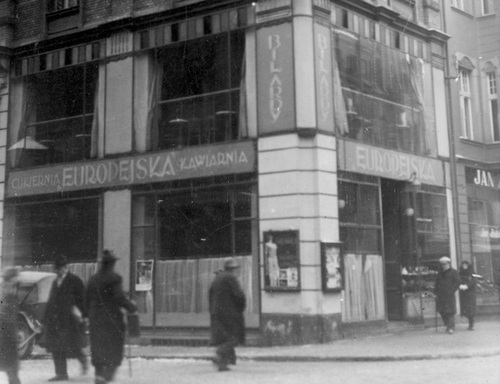 The interior design of the cafes often determined the number of clients. Elegant halls, decorated with chandeliers, encouraged to order a cup of coffee. Those in search of an exotic design came to the Warsaw “Adria” cafe which was decorated with cactuses and parrots held in cages.

It was also common to visit the most popular cafeterias, where one could meet the most influential, powerful, wealthy and recognisable citizens. It was also possible to play a game of billiards or dominoes in some cafes. Card lovers met for bridge there as well. Dancing shows, spectacles, live music and cabarets were also an important part of the cafe life. 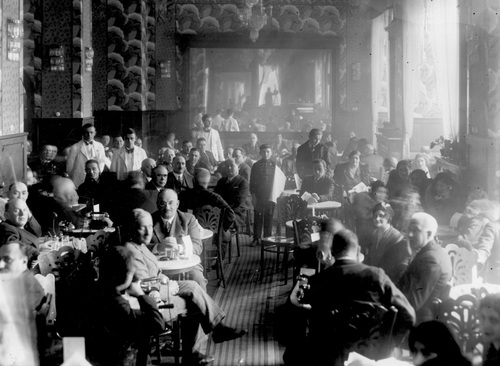 Guests of the “George” restaurant in Warsaw, sitting by the tables, 1932 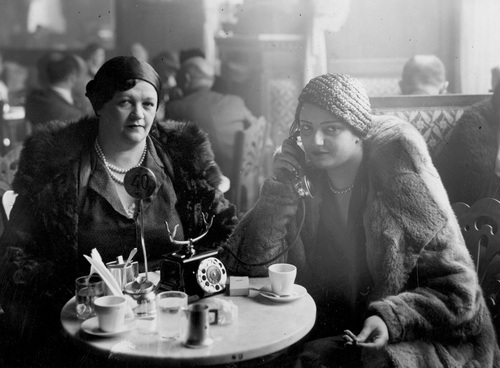 At the “Adria” cafe, its guests could make use of a unique, moving dance floor. The exotic element of one of the Warsaw places was the figure of a black cloakroom attendant, who was very popular among the guests. However, the attempts to bring in as much clientele as possible occasionally crossed the boundaries of good taste and sometimes even reached gory levels. In one of the Lviv cafes, a body of a young woman without upper and lower limbs was put on display. The live “exhibit” more shocked than enticed people to come back to the cafe.