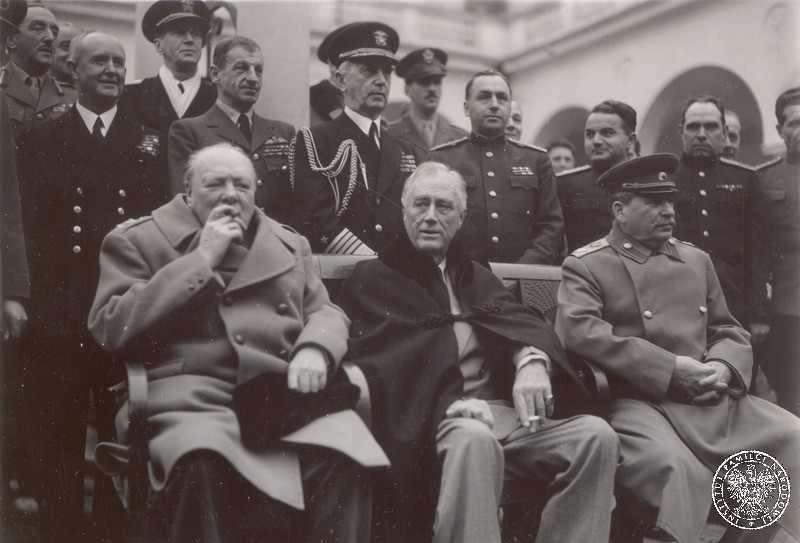 Leaders of the world during the Yalta conference, the leaders of the United States, Great Britain and Soviet Union (February 1945) Photo from the collections of the Institute of National Remembrance
POLECAMY
Share
Retweet
E-mail
Artykuł

Author: JANUSZ WRÓBEL 26.01.2021
The conference of leaders of the anti-German coalition powers at Crimea, in February 1945, determined the post-war shape of Europe. Stalin, Churchill and Roosevelt decided on a unified approach towards Germany, set the post-war borders of various countries and divided the areas of influence among themselves.

Some of the Yalta agreements are well known and have since been analysed by many generations of historians, but there are also some which are forgotten, even though they influenced the lives of millions of people. One of those is, without doubt, the agreement on repatriation, made on February 11th 1945, on the last day of the conference.

The matter of post-war repatriation came to be already in 1944 when the Allies landed in France and the Germans were losing battle after battle in the eastern front. The victorious coalition armies systematically regained the previously lost territories and it quickly became clear that they would soon enter Germany where, apart from the German populations, millions of civilians of other nations lived. Among them were prisoners of war and forced labourers, as well as prisoners of hundreds of concentration camps and labour camps.

In the western part of Germany and Austria, as well as other countries previously occupied by the Third Reich, there were millions of Soviet citizens, both war prisoners and forced labourers, interned from the occupied territories. The Soviet citizens who fought on the German side between 1941 and 1945 and the refugees from Russia following the Bolshevik revolution were another, separate category.

To conduct the post-war repatriations all the great world powers, whose armies were liberating Europe and preparing for the occupation of Germany, had to cooperate. The Americans and the British pushed for the quick discussion on the matter, motivated by the care for their own citizens. They had information that there were both American and British POWs in the German camps located on lands occupied by the Red Army, but also the forced labourers fromm the countries of western Europe. It was believed that they would want to go back to their homes as soon as possible.

The interest of Moscow in the matter of repatriation was not limited to the territories occupied by the Red Army. For Kremlin, the issue of repatriation from the territories of western Europe occupied by its British and American allies was equally important. It was the result of the fact that in the western part of Germany and Austria, as well as other countries previously occupied by the Third Reich, there were millions of Soviet citizens, both war prisoners and forced labourers, interned from the occupied territories. The Soviet citizens who fought on the German side between 1941 and 1945 and the refugees from Russia following the Bolshevik revolution were another, separate category. 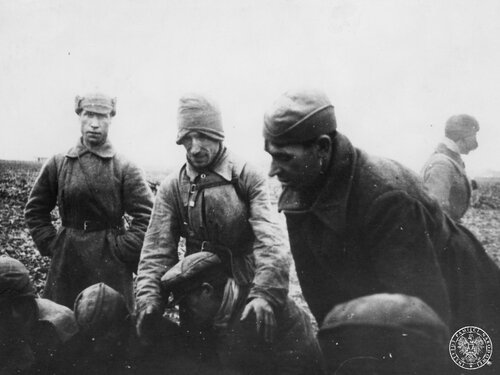 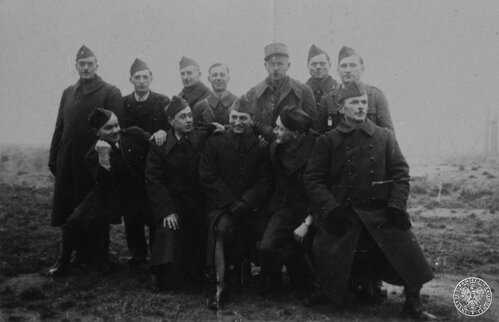 A group of French prisoners (including Poles) staying at the stalag II D Stargard Szczeciński. In the lower row there are Zygmunt Karczewski (first on the left) and Franciszek Kamiński (second on the left)

The voice of the Soviet Union

Just like in political and military matters, the voice of the Soviet Union was of much importance when it came to solving the issue of repatriation. Between 1944-1945 the Red Army not only forced the German army out of Russia, but also managed to get almost all central-eastern European countries under its control, reaching Berlin and Vienna.

The Soviet Union generally adopted the standpoint that all its citizens who ended up abroad due to the war must return to the country, no matter if they desired to do so. It regarded both the POWs and civilians.

The agreement made on February 11th 1945 proclaimed in article 1 that all the Soviet citizens liberated by the armed forces of the United States of America, as well as all the American prisoners freed by the Red Army, would be immediately divided from their enemies and gathered in camps until they could be sent back to their respective countries. Article 2 stated that authorities of both powers would be granted free access to the camps and the right to introduce military discipline inside them. The British made a similar agreement with the Russians.

These seemingly justified and logical agreements were in practice used by Stalin to demand the return of all Soviet citizens, including those who did not want to come back to Russia. 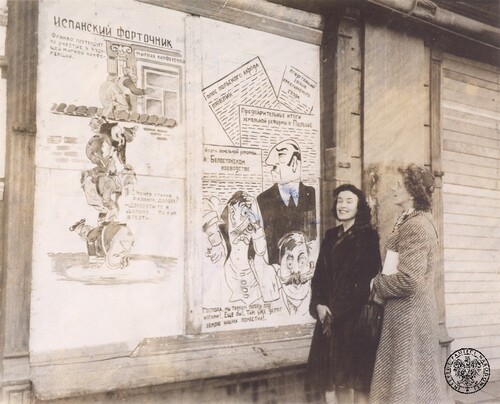 Anna Boettiger (the daughter of US president Franklin Roosevelt) and Kathleen Harriman (the daughter of US ambassador in Moscow, William Avarell Harriman) in front of a Soviet propaganda board in Yalta, February 10th 1945 Photo from the collections of the Institute of National Remembrance 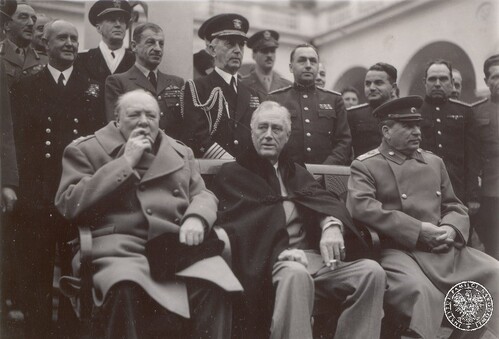 Leaders of the world during the Yalta conference, the leaders of the United States, Great Britain and Soviet Union (February 1945) Photo from the collections of the Institute of National Remembrance 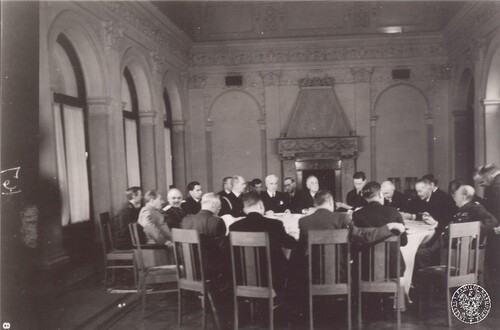 One of the meetings during the Yalta conference between the leaders and delegations of the United States, Great Britain and Soviet Union (February 1945) Photo from the collections of the Institute of National Remembrance

They had all the reasons to fear the return to their country. Stalin decided that the soldiers who got caught by the Germans were criminals. In his opinion, the guilty should be punished and suffer for their “sins”. He did not take into account that the Soviet prisoners often got caught after fighting heroically, in situations when they didn’t have much chances to defend themselves properly. Moreover, the poor preparation of the Soviet Union for war against Germany, and as a result a series of defeats in the first months of the struggle, were the consequence of Stalin’s weak strategies. It was him who decided to make a pact with Hitler and was then surprised by the attack of his treacherous ally. Of course, all collaborators and refugees running away from the Russian system were perceived by Stalin as traitors deserving nothing more than death.

Right after the end of the war, the western allies began mass repatriation of the western citizens. By the end of June 1945, 1,200,000 French citizens returned to their homeland; the Dutch and Belgians also returned quickly. Some of them were even able to go back to their homes via a specially established air bridge. The allies fulfilled the repatriation of Soviet citizens per the Yalta agreements as well. Between May and September 1945, more than 2 million Soviet citizens were given to the Soviets in Germany and Austria. There were POWs and forced labourers among them, but also the soldiers of General Vlasov and from other “eastern” units fighting on the side of Germany. Among the transferred were also the “white” emigrants who ran away from Russia following the Bolshevik revolution. 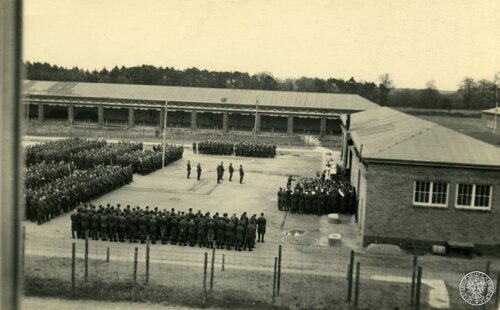 Assembly at the POW camp Oflag II EK Neubrandernburg. Photo from the collections of the Institute of National Remembrance 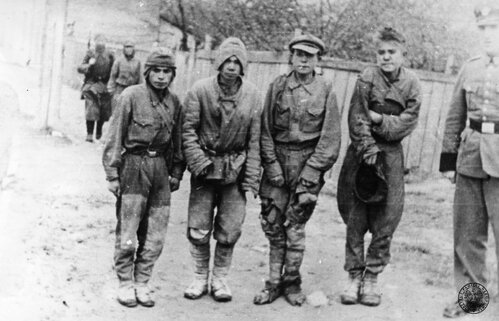 German camp for Soviet prisoners. In the picture are very young boys who got caught by the Germans. Photo from the collections of the Institute of National Remembrance

Tragedies in Platting and Spittal

While the repatriation of French and Belgians took place in a joyful atmosphere, it was a different case for the Soviet citizens from the western German occupation zones. They were sent back to USSR with the use of brutal force and in dramatic circumstances. To exemplify, at the camp fro Soviet citizens in Platting, Germany, the repatriation was conducted with tanks surrounding the barracks and military police dragging the prisoners to trucks. They were then taken to railway stations were trains leaving to the Soviet Union were waiting for them. Many people, knowing what awaited them at their final destination, committed suicide.

Women and children through themselves in front of truck wheels to stop the transport. Despairing people jumped to their deaths into the rushing current of the Drau river; some ate poison. The resistance had little effect and the Cossacks were handed over to the Soviet authorities and taken deep into Russia.

In May 1945, executive agreements were signed at Halle and Vienna between the representatives of allied military authorities and the Soviet command, regarding the repatriation of Soviet citizens. On the basis of the Vienna agreement, the British promised to hand over the captured Cossacks from the 15th Cavalry Corps of the SS, fighting for the German side, to the Soviets.  On May 27th the operation of handing over the Cossacks began in Spittal, where the ill, the civilian officials of the corps and families of soldiers were stationed. The British put the prisoners on trucks, but they were met with resistance from the desperate civilians. Women and children through themselves in front of truck wheels to stop the transport. Despairing people jumped to their deaths into the rushing current of the Drau river; some ate poison. The resistance had little effect and the Cossacks were handed over to the Soviet authorities and taken deep into Russia.

What happened in Platting repeated itself in almost all of the temporary camps, where Soviet citizens were kept. The operation of finding and handing them over to the Soviet hands covered these parts of Germany and Austria which were under the control of western allies, but also Italy, France, Netherlands, Denmark and Norway. It lasted until 1947.

The communist authorities in Warsaw wanted to follow the Soviet example in regards to the Polish citizens and conduct repatriation without asking their permission. It was intended to take control over the Polish Armed Forces and, on the basis of one order, bring all soldiers and officers back to Poland. However, in that case the western powers categorically rejected this request and followed the rule of free-willed repatriation. Civilians were also not forced to return to their country, although various kinds of incentives and pressure were used to encourage them to come back to Poland. Poles long feared that the communists would pressure the western nations to budge on this matter and finally allow for forced repatriation. Many preferred to emigrate to the United States or other countries beyond the sea, where they felt safer. There were also those who changed their place of birth in their birth certificates if they came from Eastern Borderlands. They feared they could be classified as Soviet citizens and forcefully deported east. Hundreds of Poles refused to come back to the country ruled by communists and settled in the democratic states of the West. 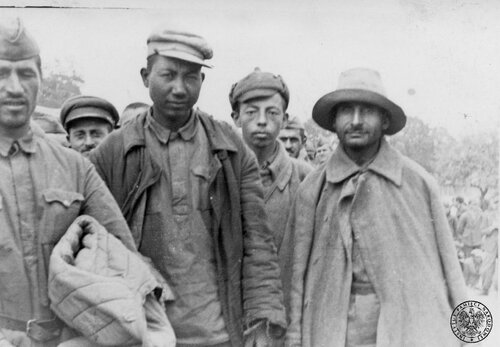 Soviet prisoners at the German camp in Pełkinie (near Jarosławie, Podkarpackie), 1941. Prisoners wear various caps, including: the forage cap, so-called piłotka [side cap] (the first prisoner on the left), the so-called budenovka, officially called a broadcloth helmet (the second prisoner on the right, in the first row), a sun hat (used since spring 1938 by the Soviet soldiers serving in Central Asia, at Caucasus and Crimea). The head wear is missing any USSR markings.

A separate and tragic page of the operation of forced repatriation of Soviet citizens was the part played by the communist authorities in Warsaw. There were many Russian and Soviet citizens living in Poland even before the outbreak of the Second World War or during the German occupation. Not all of them wanted to go back to their homeland, fearing the poverty and harsh repressions of the Stalinist regime. The Soviet authorities demanded the Polish officials to conduct a registration of all Soviet citizens, which then lead to their repatriation.

The Polish communists could not refuse such an order and, already in February 1945, the field administration was given the appropriate list. The Soviets did not even wait for the registration to be finished and began deporting the Soviet citizens whenever they got their hands on them. To this day, we don’t know how many Russians, Ukrainians, Belarusians and representatives of other “eastern” nationalities were taken from Poland against their will. Only some of them, who married Polish women or ran to the West in time, managed to avoid the forced repatriation to the Soviet Union.