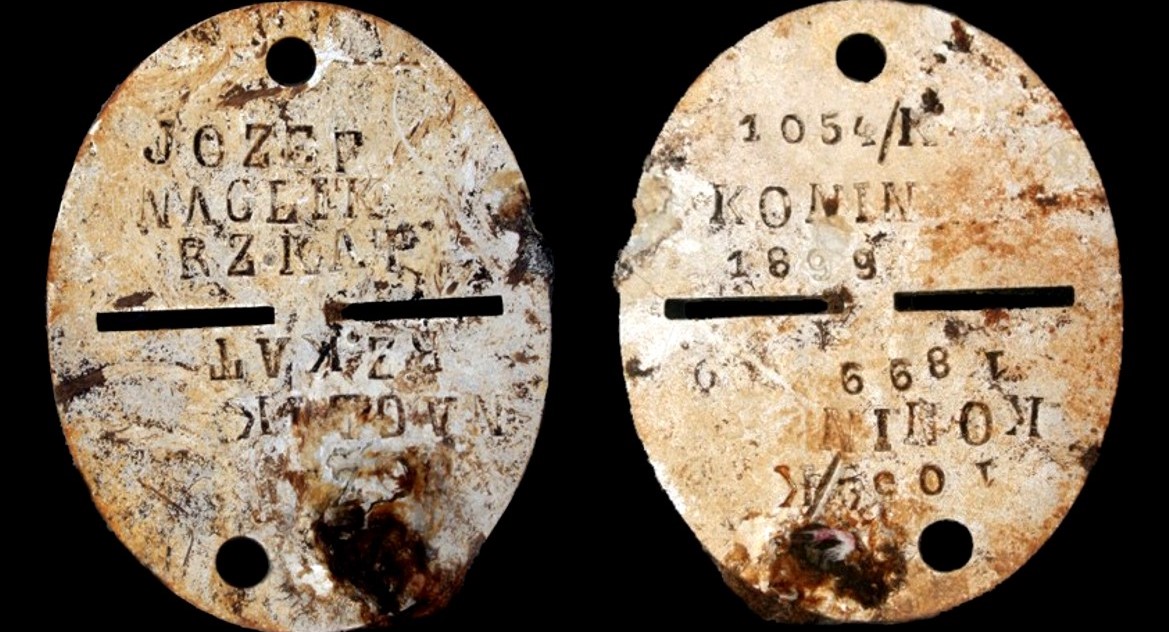 “They will forever remain in our memory”. Traces of victims of the Katyń Massacre found at the cemetery in Bykownia, near Kiev

Author: DOMINIKA SIEMIŃSKA 15.04.2020
They took away our closest ones – fathers and mothers, sons and daughters, husbands and wives, brothers and sisters. They took away our support, our backbones, our loves. They murdered, hid, walked over our dignity and wanted to take away the memory.

As a result of the decision of the Politburo of the Communist Party and the Soviet government from March 5th 1940 Polish soldiers, policemen and public servants were murdered and their families deported to the east. The Soviet authorities, without the second of doubt and with total indifference, with one decision removed the undesirable elements to stop the rebirth of the Polish state. In the argumentation of the motion to shoot more than 25 thousand Poles, Lavrientiy Beria wrote that they were “hardened and implacable enemies of the Soviet authorities”. They were human, they had families, relatives; their lives were destroyed, they were deprived of everything they held dear. We were not allowed to even think about them or mention them for the next 50 years. They took everything from us. 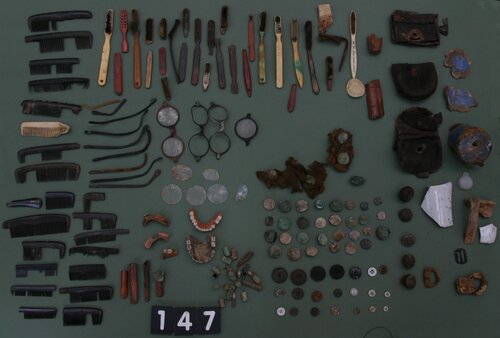 Bykownia - Stalinist Crimes’ Victims’ Cemetery. Collection of objects dug up from the grave no. 147/06. Photo: A. Kuczyński 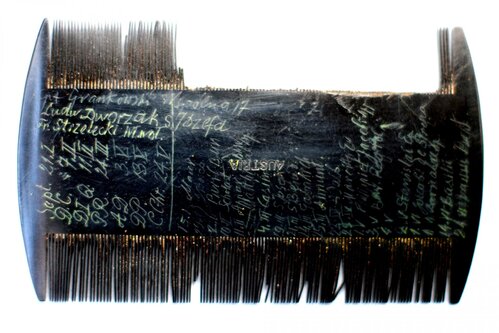 Bykownia - Stalinist Crimes’ Victims’ Cemetery. Comb found in the grave no. 146/06 with four names of people from the Ukrainian Katyń list scratched on it. Photo: D. Siemińska

After more than half a century…

In the argumentation of the motion to shoot more than 25 thousand Poles, Lavrientiy Beria wrote that they were “hardened and implacable enemies of the Soviet authorities”. They were human, they had families, relatives; their lives were destroyed, they were deprived of everything they held dear.

The Katyń Massacre took place in 1940. Only after more than half a century, in the 90s of the XX century, were we allowed to talk about it. Unfortunately, today we are not permitted to know the entire truth. It has been 30 years, and we still do not know where our relatives are buried.

It became possible to start investigating the circumstances of the Katyń Massacre and determine the identities of the murdered Polish citizens when president Mikhail Gorbachev, in the year 1990, gave the Polish side two folders of documents regarding the crime, including the lists of names of Polish prisoners taken away from the camps in Kozielsk and Ostaszków and the records of prisoners “missing” from the camp in Starobielsk prepared in May 1940. The efforts of the Polish state after 1989 to find the truth regarding the massacre but also to bring back the memory of the victims, bury them properly and honour them, have been and still are taken in the cooperation and on the initiative of the Katyń Families. The Families which survived and live with the hope of finding the traces of their relatives. One of the parts of the process of revealing the truth about the Katyń Massacre were the exhumations participated by Polish experts. Today, we know for sure that such works were conducted at the NKVD cemeteries in Katyń, Kharkiv-Piatykhatky, Mednoye and Bykownia. When the works were starting in the 90s, it was not as certain. The results of the exhumations explicitly showed that the murdered Polish POWs from the camps in Kozielsk, Starobielsk and Ostaszków were buried there. Works in Katyń, Kharkiv-Piatykhatky, Mednoye and Bykownia ended with the opening of Polish War Cemeteries in these places in the year 2000. 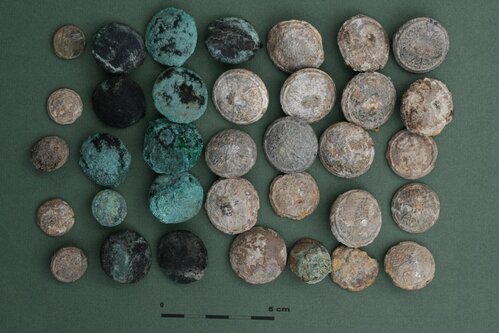 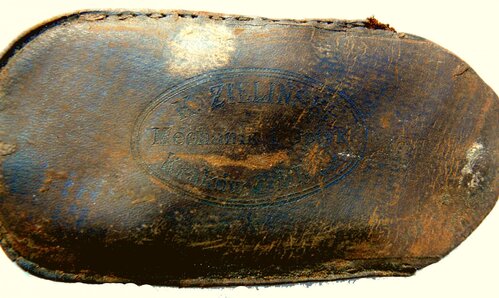 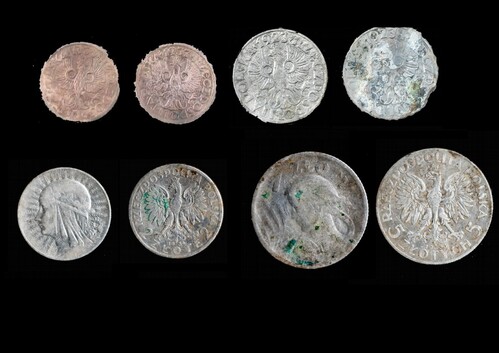 In 1994, the Ukrainian Security Services handed the Polish side a record, found in archives, of 3435 personal files of Polish prisoners murdered in Ukraine on the basis of the decision from March 5th 1940. The record was called the Ukrainian Katyń list. On this list, there are names of administrative workers, prosecutors, judges, attorneys, landlords and officers of the Polish State Police and Polish Army. Among them are names of 54 women. The list includes all those who, if allowed to remain free, could actively engage in anti-Soviet activities and that is why they were sentenced to die.

The objects found in the graves proved that it were Poles who were buried there. The objects were pieces of Polish military uniforms from the inter-war period, countless uniform buttons, military boots, Polish coins, medallions, crosses, badges, personal items such as combs, toothbrushes, glasses, metal cups. There were inscriptions of Polish companies on many of them.

In 2001, survey works were conducted in the woods near Bykownia, near Kiev in Ukraine, at the grounds where, according to the findings of historians and prosecutors, there was a cemetery used between 1937-1938 and 1940 by the Kiev NKVD. The works conducted with Polish experts confirmed the results of the archival works. In Bykownia, near Kiev, victims of the Katyń massacre murdered in eastern Poland in 1940 were buried. The exhumation and archaeological works were conducted in Bykownia also in 2006, 2007, 2011 and 2012. In 2012, the Polish War Cemetery was opened in there.

During 10 months of field work, 5 thousand drilling surveys were conducted in order to locate all the graves and reconstruct the cemetery’s infrastructure. Based on those, 217 graves were marked. The conducted research and analyses allowed to establish that in 70 of them the Polish victims of the Katyń Massacre were buried. The objects found in the graves proved that it were Poles who were buried there. The objects were pieces of Polish military uniforms from the inter-war period, countless uniform buttons, military boots, Polish coins, medallions, crosses, badges, personal items such as combs, toothbrushes, glasses, metal cups. There were inscriptions of Polish companies on many of them. During the archaeological and exhumation research, 3970 objects which were in a good enough state were selected for expertise. Among them, there were few which bore the names of the Polish victims from the Ukrainian Katyń list. In fourteen graves, determined as Polish ones, objects belonging to women were found. Unfortunately, none of them allowed for the identification of their owners. 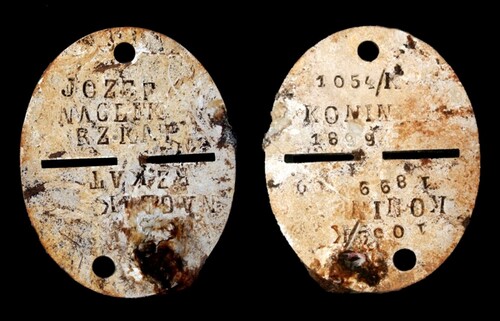 Bykownia - Stalinist Crimes’ Victims’ Cemetery. Catholic medallions with inscriptions in Polish found in the graves no. 144/06 and 148/06. Photo: D. Siemińska 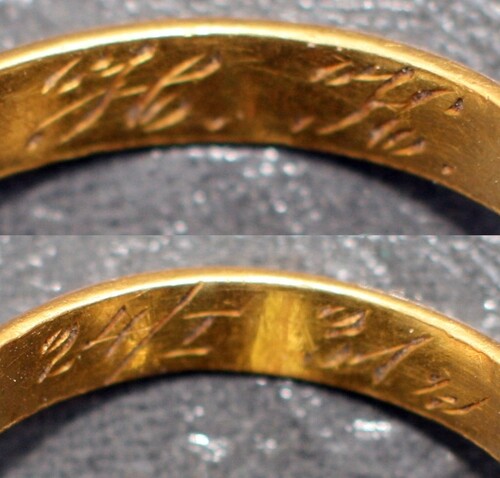 One of the most important artefacts discovered at the cemetery in Bykownia is the one found at the grave no. 174A/06 -  a dog tag with the name of Senior Sergeant Józef Naglik. The next names from the list provided a comb found in the grave no. 146/06. It had names scratched on it with a sharp tool: Fr. Strzelecki, Ludw. Dworzak, Capt. Grankowski, Szczyrad… (then indistinguishable)… Bajki 27. What’s more, there were also a dozen dates on the comb with short descriptions of names of their saint patrons and holidays on these days.

Another object helping identify a victim of the Katyń Massacre was a toothbrush found in a grave no. 144/06. On its outside, a surname Łobaz with an initial of a name J. was scratched.

In 2011, in the grave no. 151/2006 a badge of the Polish State Police number 1293/VII was found. It belonged to constable Mikołaj Cholewa. According to his family, constable Cholewa was arrested in Horochów and then sent to a prison in Kowl, from where he was transported in the spring of 1940 to Kiev, where he was murdered.

A unique set of memoirs, of very personal character, is a collection of 83 Catholic medallions and crosses and 2 rosaries found in Polish graves. Many medallions had inscriptions in Polish and pictures of saints. Part of this collection are also two, golden wedding rings with engraved initials and dates. No more valuable objects were found as they were presumably taken to deposit in prisons during the arrests; partially stolen by the local population digging up the graves and partially taken by the Soviets during their exhumations.

A huge impediment in the works and attempts to identify the victims were the devastations of the graves committed by grave robbers, as well as the exhumations conducted by the Soviet authorities in 1971, 1987 and 1989. The Polish expedition noticed their effects already during the explorations of the first graves in 2001.

A separate group of objects are the remains of ammunition, mainly shells and bullets, found in almost all exhumed graves. What draws attention is the prevalence of the ammunition for the Nagant revolver which was produced on a license in the Soviet Union during the inter-war period and adopted as the typical weapon for high and low ranking officers of the Red Army and NKVD. There were also shells for the Mauser pistols, TTs, Mosin rifles and other types of weapons found in the graves. The presence of shells among the remains is not entirely clear. It was established that the victims were not shot in masses directly in front of the graves; the previous research proves that the executions were taking place in prison buildings. It is safe to assume, that they were taken from the ground after the executions and thrown into the graves with the bodies or were there because some of the victims were finished off in the graves.

A huge impediment in the works and attempts to identify the victims were the devastations of the graves committed by grave robbers, as well as the exhumations conducted by the Soviet authorities in 1971, 1987 and 1989. The Polish expedition noticed their effects already during the explorations of the first graves in 2001. Evidence of interference were very clear. The investigation conducted in the 90s in Ukraine, regarding the Katyń Massacre, showed that during the works led by the KGB many objects were found pointing to the fact that victims of this crime were buried at the Bykownia cemetery. Both in 1971 and 1987, as well as in 1989, several dozen Polish military dog tags were discovered with the names of their owners. Unfortunately, it is not known what happened to those items. Apart from several pictures of Polish coins and military uniform buttons, a driver’s license of Franciszek Paszkiel and a receipt from a prison in Lviv for a man named Staszewski, there was also no documentation found where these objects would be described or inventoried.

The research conducted at the Bykownia cemetery in the years 2002-2012 had two dimensions. The first one was strictly scientific – its goal was to thoroughly reconstruct the events. The other one was of emotional importance. Its value was finding the places of burial of the victims which were to be forgotten forever. That is why, the objects found in Bykownia are at the same time evidence of a crime and relics. Each and every one of the artefacts dug up from the ground is both the witness and proof of the crime committed on Polish citizens – soldiers and civilians alike – sentenced to death by the decision of the Politburo of the Communist Party and the Soviet government from March 5th 1940 and murdered in Kiev. 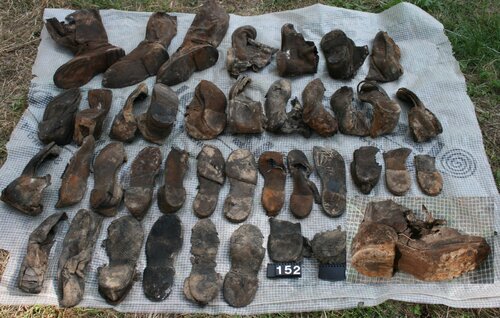 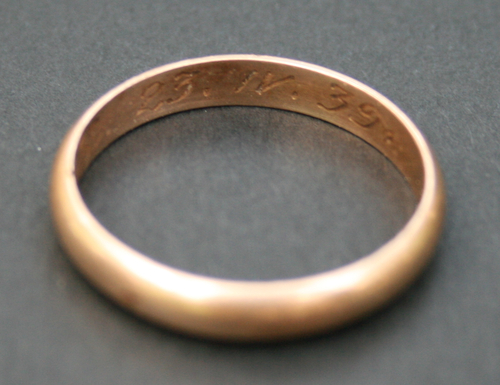