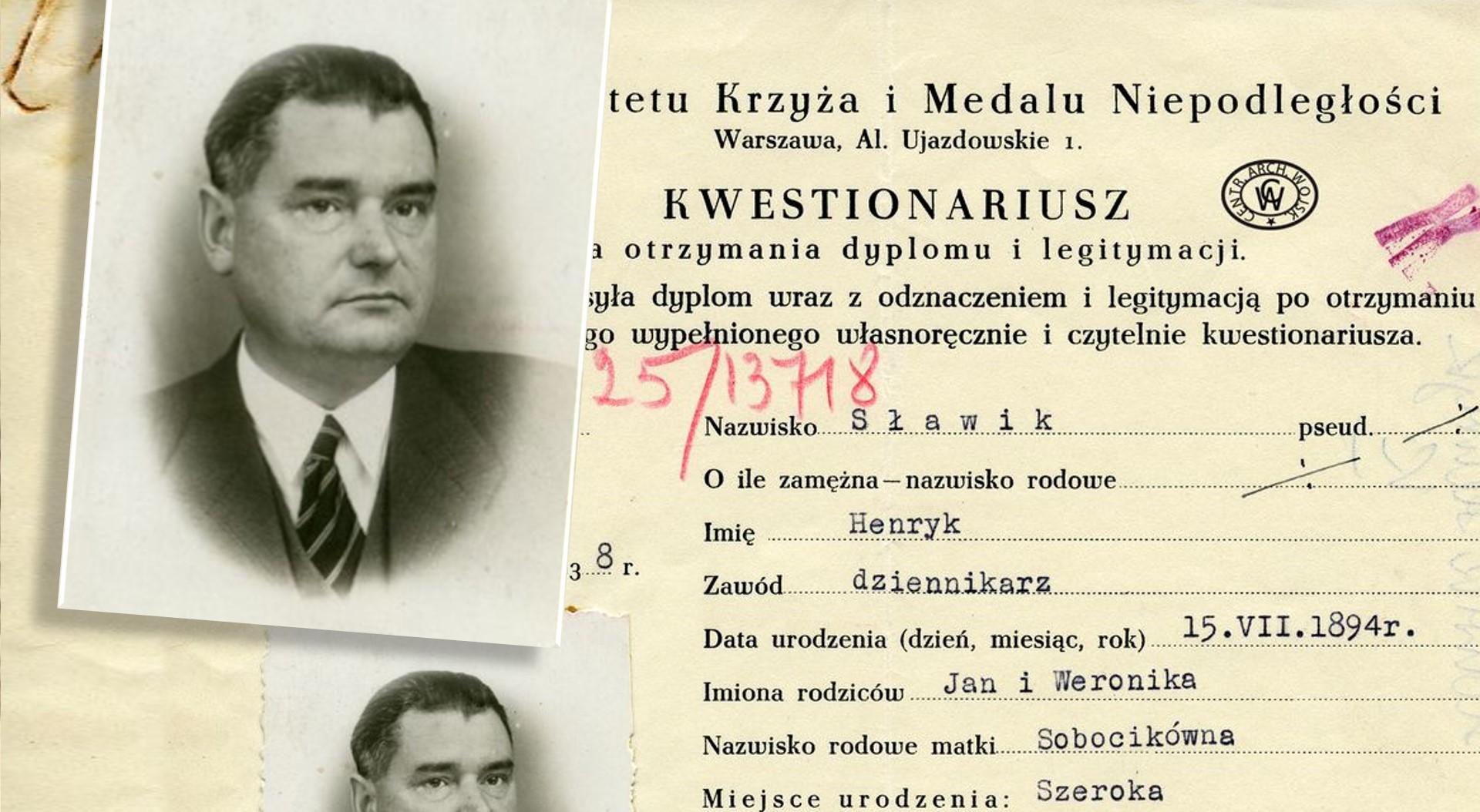 Henryk Sławik’s questionnaire for the awarding of the Cross of Independence. Photo: WBH
TYLKO U NAS
Share
Retweet
E-mail
Artykuł

A hero does not come from nowhere. Before Henryk Sławik saved Jews during the war

Author: TOMASZ KURPIERZ 18.03.2020
Henryk Sławik, one of the greatest among the Righteous Among the Nations, was doomed for oblivion – so efficiently that only several years ago he was barely talked about at Upper Silesia, the region where he lived and worked during the entire interwar period.

He was a hero of three nations – Polish, Jewish and Hungarian; during the Second World War he ended up in Hungary. There, he became the head of the Citizens’ Committee for Care of Polish Refugees and, along with Józef Antall, a high ranking official of the Hungarian Ministry of Interior, he saved thousands of people, including many Polish Jews. 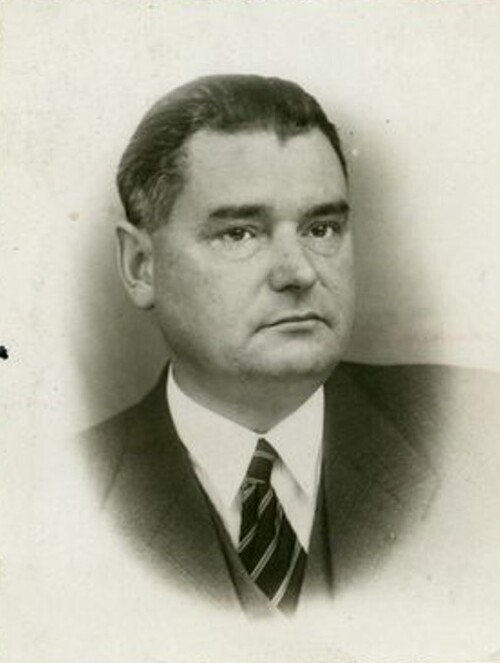 In 1939, Sławik had already been an experienced social worker and political activist connected, since the days of his early youth, with the Polish Socialist Party (or PPS). Since 1918, he actively fought for Upper Silesia to be rejoined with Poland. During the first Silesian uprising he fought at Pszczyna. Then, among other things, he organised troops and delivered weapons to the Koźle municipality (due to that reason the German militia assaulted him twice).

It was also there, where in August of 1920, during the second Silesian uprising, he took part in military operations. Following the end of the fighting, he engaged in a political campaign before the plebiscite which was to determine whether the region would belong to Poland or Germany. During the third Silesian uprising, Sławik enlisted for the rybnicki regiment. He was then appointed by the Regional Workers’ Committee of the PPS in Katowice to work at the Executive Branch of the General Insurgent Authorities, where he served as a liaison officer at the region where the fighting was taking place. 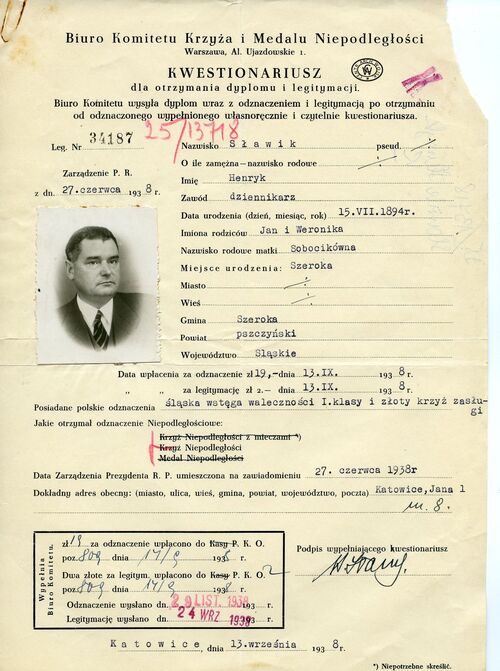 Henryk Sławik’s questionnaire for the awarding of the Cross of Independence. Photo: WBH

This nomination was not accidental, since Sławik had already been an associate of the socialist “Workers’ Newspaper” for almost a year. His talent was quickly recognised and, only two years later, he was appointed as the editor responsible for the papers, which meant that he had to sign off on everything that was printed in them and take responsibility in front of the courts if any cases were lost, pay the appropriate fines or go to jail. He had a lot of work because the socialist journalists in an uncompromising way defended the workers, which led to Sławik appearing in front of the court already in 1926 as the responsible editor.

Sławik, as the responsible editor, already in 1926 had to appear in court.

The young journalist knew how to fill in the blanks in his education (he was a self learner, he only finished a people’s school), although he realised that for thousands of Upper Silesian workers education, other than the most basic one, would remain almost entirely inaccessible. Hence, apart from working for the paper, he also focused on educational and cultural activities among the young miners, metallurgists and other physical workers. By the end of 1922, he became the chairman of the Board of Upper Silesian Youth Labour Union “Strength”, and in 1926 a member of the management of the newly created in Warsaw Labour Union of Sports Associations. In July, the following year, he was also a manager of the “Strength’s” sport teams at the Second Labour Olympics in Prague. 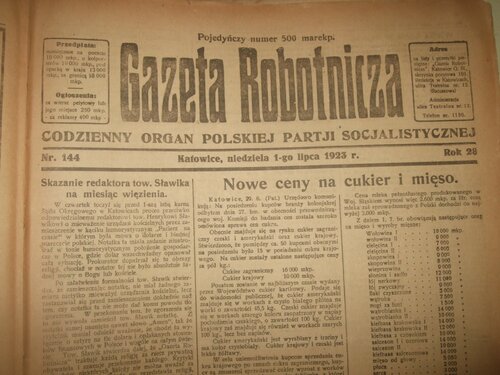 Information in the press regarding the court sentence for Henryk Sławik Photo: Biblioteka Śląska

The crucial time in Henryk’s life was the year 1928. Following the May Coup, the PPS in Upper Silesia became divided into the pro-Piłsudski group and the, at first fairly neutral, and later anti-Sanation fraction which was led by the aforementioned editor of the “Workers’ Newspaper”. After several months of rising party tensions, there was a split in the first half of 1928. Józef Biniszkiewicz, who up to this point had been the leader of the regional branch of the PPS, gathered around him those who supported Piłsudski and created a separate Silesian Socialist Party. Sławik remained in the opposition group which aligned with the views of the rest of the party and, as a result, he was appointed by the national management of the party as the editor-in-chief of the “Workers’ Newspaper”. He served at this function until the outbreak of the Second World War. Since 1928, he also had a seat in the regional authorities of the PPS (and later in the General Council too). Additionally, he was a councilman of the city of Katowice, a member of the Silesian Province Council and he worked for many organisations and committees helping the poorest.

He indeed wound up on the Sonderfahndungsbuch Polen prepared by the Criminal Office of the Nazi Police which was a Special Wanted Book for Poland.

In the beginning of September 1939 he was forced to leave Upper Silesia. For his engagement in social and political life he could not count on the mercy of the Nazi German repression apparatus, which he was perfectly aware of. He indeed wound up on the Sonderfahndungsbuch Polen prepared by the Criminal Office of the Nazi Police which was a Special Wanted Book for Poland – a list of people who, given their activities or way of life, were to be arrested immediately after the Nazis had entered the country. On September 21st, 1939 Sławik crossed the Polish-Hungarian border, as it turned out, forever. He came over to the Dunabe river as an experienced activist and journalist who, for more than two decades, with extreme dedication and effectiveness worked for the Upper Silesian society. 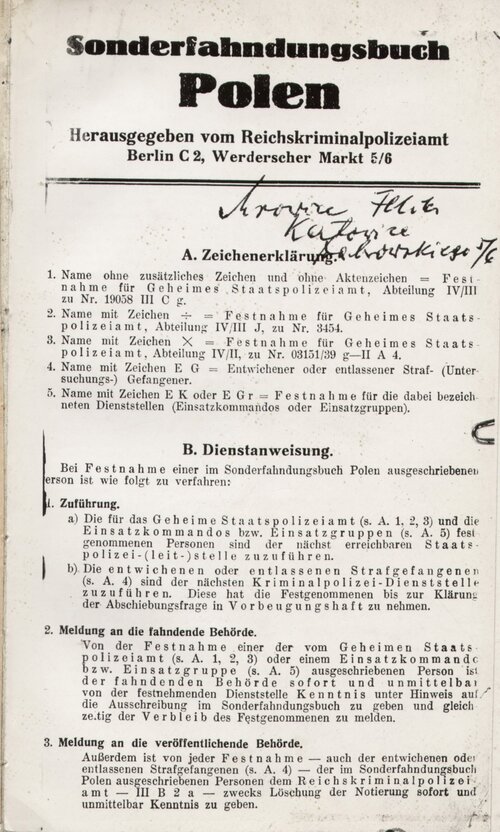 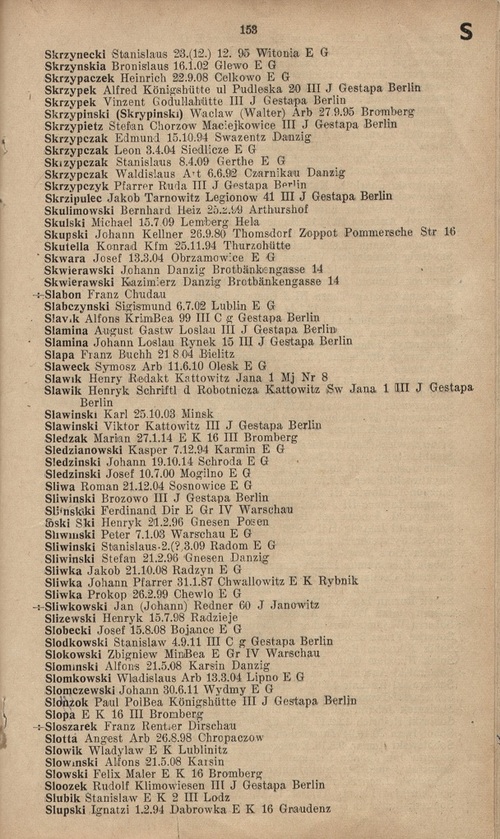