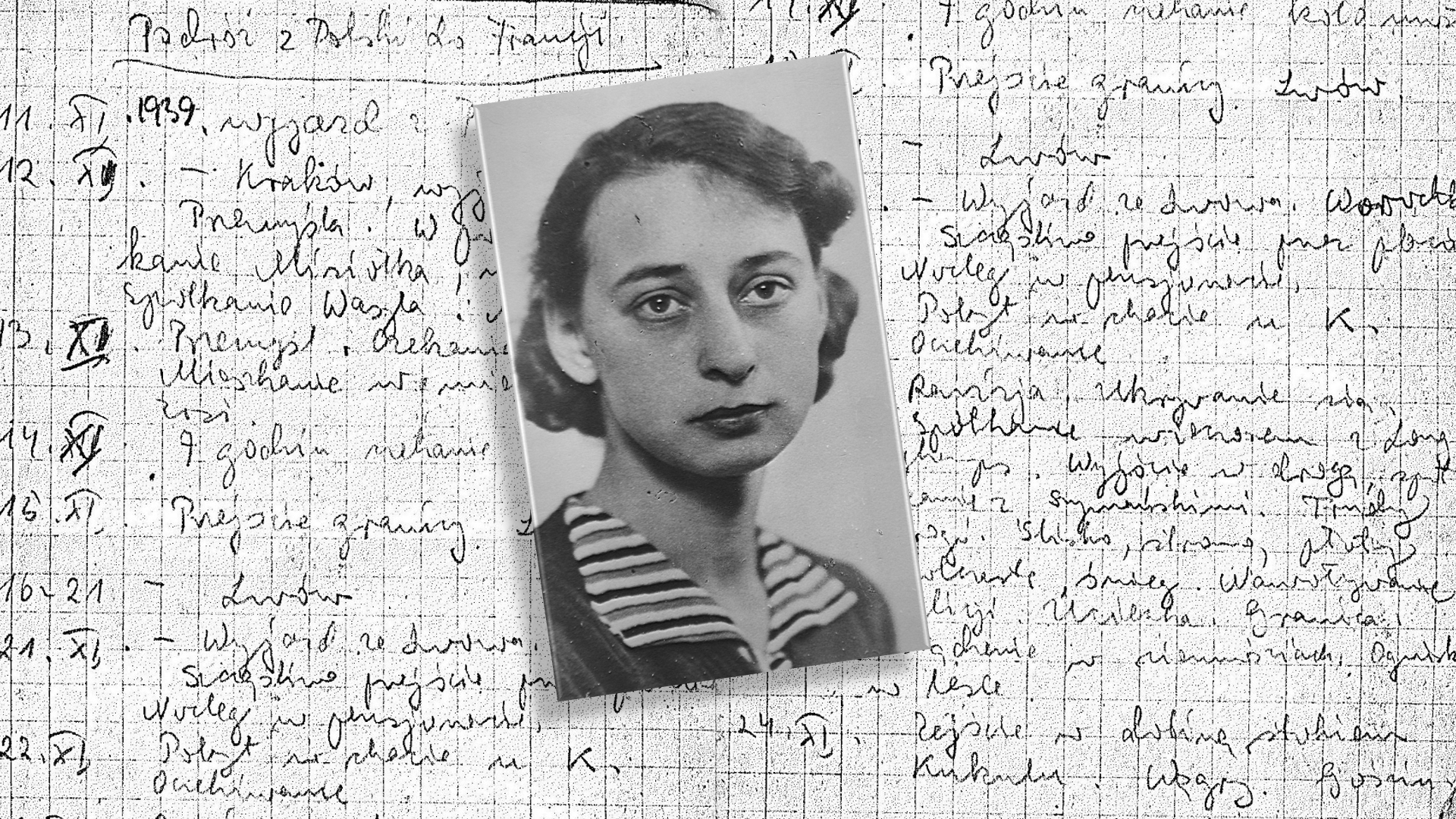 The first female courier from Poznań

Author: Aleksandra Pietrowicz 03.03.2020
On November 11th, 1939 the first female courier from the Poznań conspiracy set out on a mission to reach the Polish government-in-exile in France. It is difficult to imagine the hardships and challenges that she had to face on the road in autumn 1939. Nonetheless, on December 5th, the brave girl reached Paris.

Anna Świeżawska, a graduate of the Polish philology in Poznań, worked as a proof-reader in the St. Wojciech Editorial in Poznań. By the end of August, 1939 she was enlisted to the military hospital in Łódź as a nurse (she had a year of training in the Polish Red Cross). When she returned to Poznań, following the September defeat, she learned that the institution where she used to work had been terminated and their equipment confiscated. An unimaginable terror ruled everywhere. At the same time, news arrived of the Polish army and authorities organising in France. Anna considered leaving the occupied country. She told about her plans to her friend from work, editor Kirył Sosnowski. He then offered her a courier mission for the newly created underground organisation. Anna didn’t think twice and swore a conspiracy oath a few days later.

Preparations for the mission

Organisation “Fatherland” was established at the end of September, 1939 from the inspiration of pr. prelate Józef Prądzyński, which aimed at bringing social aid and conducting secret intelligence, archives and educational activities. At first, it was intended to operate at the western Polish lands joined to the Third Reich, but since 1940 it also included the communities deported to the General Governance. The news of the creation of Gen. Sikorski’s government in France motivated the underground organisation to make contact as quickly as possible.

In autumn of 1939, “Fatherland” had no legal division nor any technical capabilities to ensure relative safety for the transport of conspiracy post. It was decided that Anna would try to apply to the occupying forces for documents required to visit her family in Lviv (at the time under Soviet occupation). Soon, her efforts ended with success. 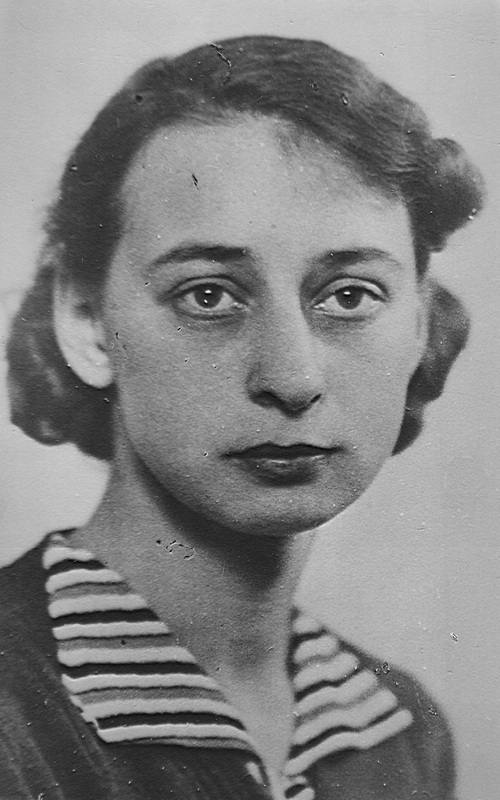 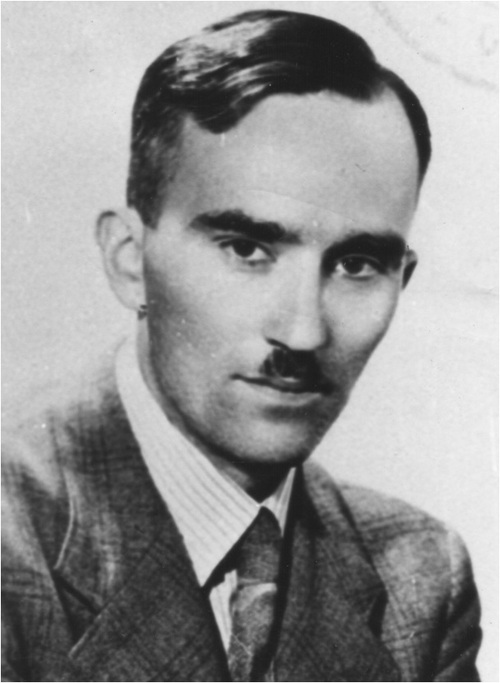 Kirył Sosnowski “Konrad”, organiser of the foreign communication cell “Fatherland” and the Chief Government Delegation in Poznań, member of the “Fatherland” command, director of the Western Section (1942-1943) and Information-Propaganda Section (1943-1944) of the Department of Information and Press of the Government Delegation for Poland, prisoner of KL Stutthof, after the war repressed and imprisoned (author’s private collection)

The female courier had to memorise the entirety of the report. Her mission was to reach Marian Seyda, a prominent Poznań activist of the National Party who became a minister in the Polish government in France.

The director of the informative-archives division of the “Fatherland”, Kirył Sosnowski codename “Konrad”, prepared a situation report. The female courier had to memorise all of it. Her mission was to reach Marian Seyda, a prominent Poznań activist of the National Party who became a minister in the Polish government in France.

The organisation provided her with a five pound coin which she sowed into her clothes. Just before her departure pr. Prądzyński held a holy mass in the intention of the success of her mission.

Her road led through Wrocław (Breslau at the time) and Kraków, up to Przemyśl. At the border of the Soviet occupation, it turned out that only the trains taking Polish soldiers returning from German imprisonment were allowed to pass. Luckily, Świeżawska had a certificate from a military doctor in Łódź. With the POW transport she reached Lviv where her uncle Adam Świeżawski lived, on November 16th. The further road led her to Vorokhta and then, with a guide, through the Carpathian mountains to Hungary. From Lviv she set out on November 21st.

Here are some significant episodes from her further journey:

In the night, after we left Stanisławowo, passenger control was taking place in the entire train, since it turned out we needed some sort of pass. I had none. When the militia came to my compartment I pretended to be asleep. They checked everyone, but hadn’t noticed me at all. […] Upon arrival to Vorokhta, at the exit ramp – another, very thorough pass check. They arrest a number of people […] I come up – no one looks at me, no one sees me. I walk past them like a ghost, without any control.

She crossed the Hungarian border on the night from November 23rd to November 24th. “It was slippery, steep, barbed wire fences and lots of snow. Shouts of the militia. Escape. Wandering in the dark. Fire in the woods. Going down the Kukulu slope”. On November 25th, she reached Budapest. She risked it at the local Polish embassy and directly admitted to being a courier. She immediately got her passport extended and received appropriate visas.

At a Polish minister in Paris

She was welcomed in Paris by Marian Seyda on December 5th. The minister approached the unknown girl who claimed to had brought important information from Poznań conspirators with reserve. Then, Anna told him who kept the lock of his son’s hair. It was the family secret, given to her before she had left Poznań and which was known only by Seyda’s closest ones, which broke the distrust.

The minister approached the unknown girl who claimed to had brought important information from Poznań conspirators with reserve. Then, Anna told him who kept the lock of his son’s hair. It was the family secret, given to her before she had left Poznań and which was known only by Seyda’s closest ones, which broke the distrust.

The following day, she wrote the first report from Poznań from memory. It included news not only from Greater Poland, but also from Pomorze district. It informed on, among other things, arrests, revisions, confiscation of agricultural and regular households, freezing of bank accounts and general repressions and humiliation of Poles. The attitude of the Polish society was described as dignified and fully prepared to fight for the regaining of independence.

This is how the foundations for the Underground were laid

Establishing contact by the Poznań conspirators with the government in France was of huge importance. One of the consequences was the appointing of priest prelate Prądzyński as the man of trust of the government at the lands joined to the Third Reich with the mission to form an agreement between political parties and appoint a candidate for the Chief Delegate of the Government for this region.

Świeżawska, who travelled with her own passport, couldn’t return to the country. In turn, a previously chosen announcement was broadcast through radio informing Poznań of the success of her mission and the need to send another courier. It broadcast as follows: “Zosia arrived happily and is awaiting her sister”. From that moment on, female couriers from Poznań were using the nickname “Zosia’s Sister”. 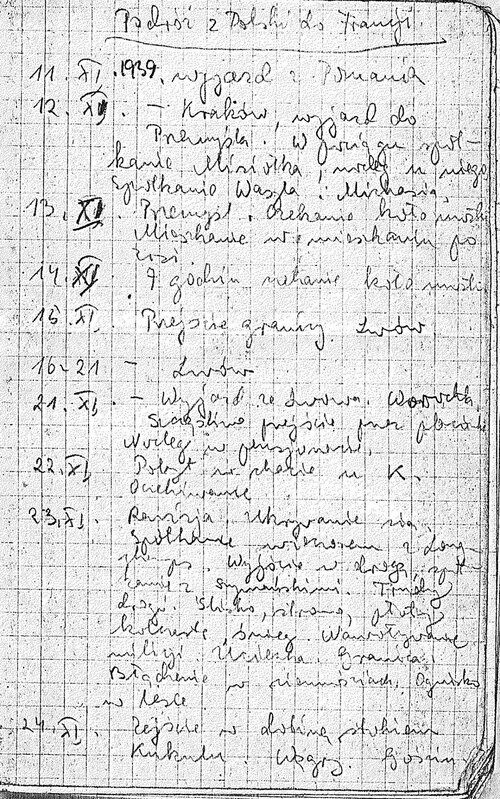 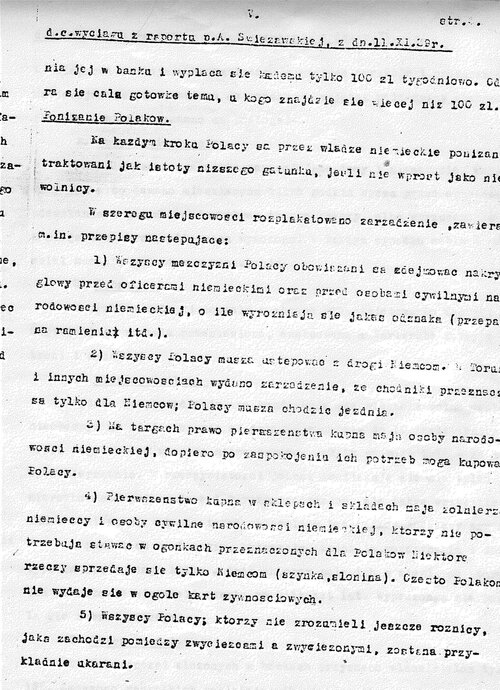 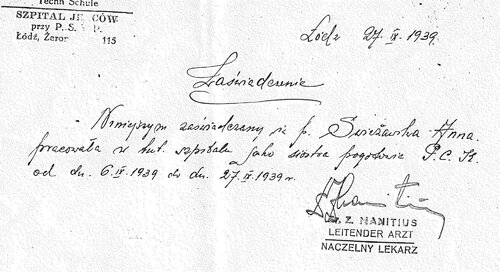