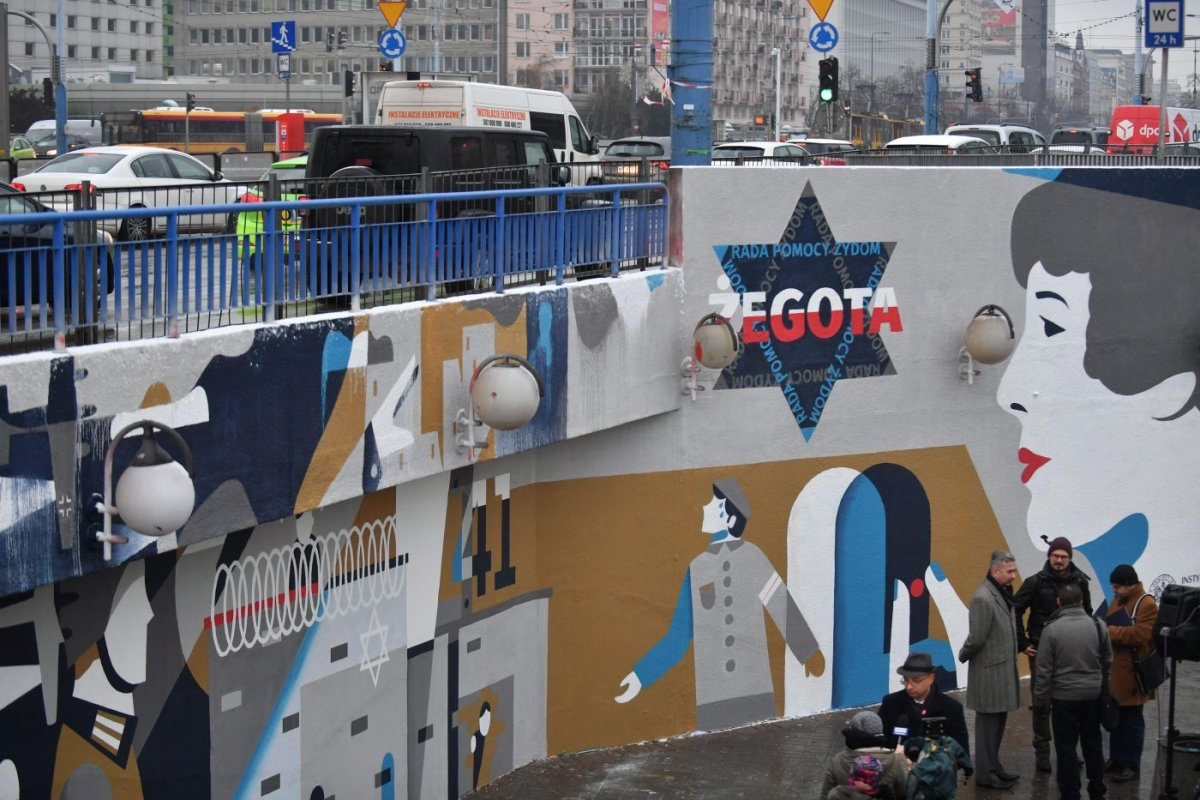 The Council to Aid Jews “Żegota”

Historical era
(1939-1945) II wojna światowa
Author: Marcin Urynowicz 28.01.2020
The Council to Aid Jews with the Government Delegation for Poland, also called “Żegota”, was the only official state organisation helping Jews in Europe between the years 1939-1945.

“The world is watching… and stays silent”

The organisation was created on September 27th 1942, in Warsaw, as the “Konrad Żegota” Committee of Social Help for the Jewish Population. At least several other, smaller initiatives contributed to its founding, especially the one started by Zofia Kossak-Szczucka, the president of the Catholic “Front for the Rebirth of Poland” (FOP) which, as a response to deportations of Jewish Varsovians to the gas chambers of Treblinka, wrote a “Protest”:

The world is watching this crime, which is more terrible than anything history has ever witnessed, and stays silent. (…) This silence can no longer be tolerated (…) It is despicable. No one should remain inert in the face of a crime. Who stays silent in the face of murder – becomes the murderer’s accomplice. Who does not condemn – gives allowance.

The smaller initiatives could expand their actions thanks to the support of the official Polish underground authorities. The decision of the chief administrator of the Government Delegation, Leopold Rutkowski (codename “Trojanowski”, “Muszyński”) to award the first subsidies for social organisations bringing aid to Jewish escapees from ghettos and creating networks of aid turned out to be crucial.

From that point on, it was possible to conduct a wider, international, well-organised operation. It was headed by the aforementioned Zofia Kossak-Szczucka and Wanda Krahelska-Filipowiczowa (from the Polish Democratic Organisation). Due to safety reasons, the only information in the underground press about the creation of the Commission was published on October 14th 1942 in the brochure of the Delegation “The Republic of Poland”. The announcement read as follows:

We were asked to announce, that as a result of a series of initiatives of the social Catholic and democratic organisations, the Committee of Social Help for the Jewish Population is being created to aid the Jews suffering from the barbaric treatment from the German hands. The Committee will be trying to, as much as it can in the reality of an occupied country, to bring aid to the victims of Nazi atrocities. 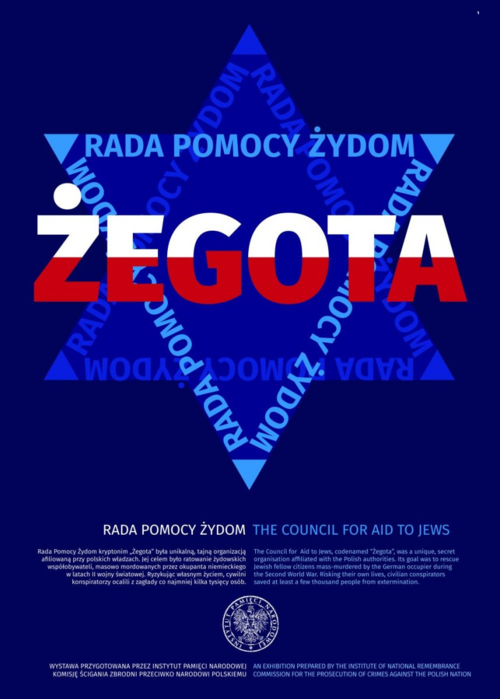 An exhibition entitled “Żegota”, prepared in 2017 by the Institute of National Remembrance on the 75th anniversary of the founding of the institution.

The Council to Aid Jews

The Committee was very quickly replaced by the Council to Aid Jews, created on December 4th 1942, with an entirely new leadership. It was headed by the representative of the Freedom, Equality, Independence Socialist party, Julian Grobelny “Trojan”, with Leon Feiner “Lasocki” from the Jewish Socialist Bund party as his deputy, Adolf Berman “Borowski” as the representative of the Jewish National Committee (ŻKN) and Ferdynand Marek Arczyński from the Alliance of Democrats (SD) as the treasurer. Witold Bieńkowski “Wencki” and Władysław Bartoszewski “Teofil” were chosen as representatives of the Government Delegation for the Council.

In practice, it meant that social activists were replaced with members of political parties. It seems, as if this change was motivated by the fact that the Government Delegation wanted to have more control over the organisation, which acted in its name, and due to the Jewish political parties which made the aiding initiatives political from the very beginning. In its final report, the Committee mentioned the latter as one of the factors which made bringing help more difficult. The former president of the Committee, Zofia Kossak-Szczucka created another organisation helping the Jewish population called Social Organisation for Self-Defence (S.O.S.).

The Council to Aid Jews “Żegota” developed a very wide and intense network of help. The oversight of the Government Delegation made it possible for the Council to make use of various Polish underground cells and get funding from abroad, while the cooperation of the Jewish political parties, due to the natural connections between them, enabled it to more efficiently reach escapees from ghettos and camps. Suffice to say, that among around 12 thousand people under the Council’s care no more than 3 thousand remained under the care of Polish organisations, the others were those who received help from the Jewish underground thanks to the actions of “Żegota”. The Council’s funds, even though constantly disproportional to its needs, quickly grew from 150 thousand zloty in January 1943 to 750 thousand in December in the same year, up to 8 million zloty in November of 1944.

“…as a result of a series of initiatives of the social Catholic and democratic organisations, the Committee of Social Help for the Jewish Population is being created to aid the Jews suffering from the barbaric treatment from the German hands…”

Various sections operated under “Żegota”, among others: the legal, residential, children’s, propaganda and fieldwork sections. Due to the limited ability to bring direct help, much focus was put on aiding Jews in establishing independent existence for themselves. The average monthly benefit was 500 zloty.

Other than Warsaw, the permanent regional committees of the Council to Aid Jews were also created in Cracow and Lviv. The Cracow Council was headed, similarly to Warsaw, by a member of the Socialist party, Stanisław Wincenty Dobrowolski “Staniewski”. In Lviv, the head of the Council became Władysława Laryssa Chomsowa “Dionizy”, a social activist and member of the Alliance of Democrats.

Even though, much was done to save fellow Jewish citizens, it was undoubtedly not all that could have been done. Nonetheless, it is worth stressing that the Polish underground helped others in a situation where it couldn’t even help itself. Not only its ordinary members, but also leaders like the Government Delegate for Poland, Jan Piekałkiewicz (February 1943) or the chief commander of the Home Army, Gen. Stefan Grot Rowecki (June 1943) were often arrested and murdered. The only real help could arrive from the Allies, but they were simply not interested. The advocate of the Polish Government, Jan Karski, recalled:

I told them honestly about the hopeless situation the Jews were in, stressing that the help can only come from the West. Poles are helpless, they can save individuals, but they have no way of stopping the process of destroying Jews.