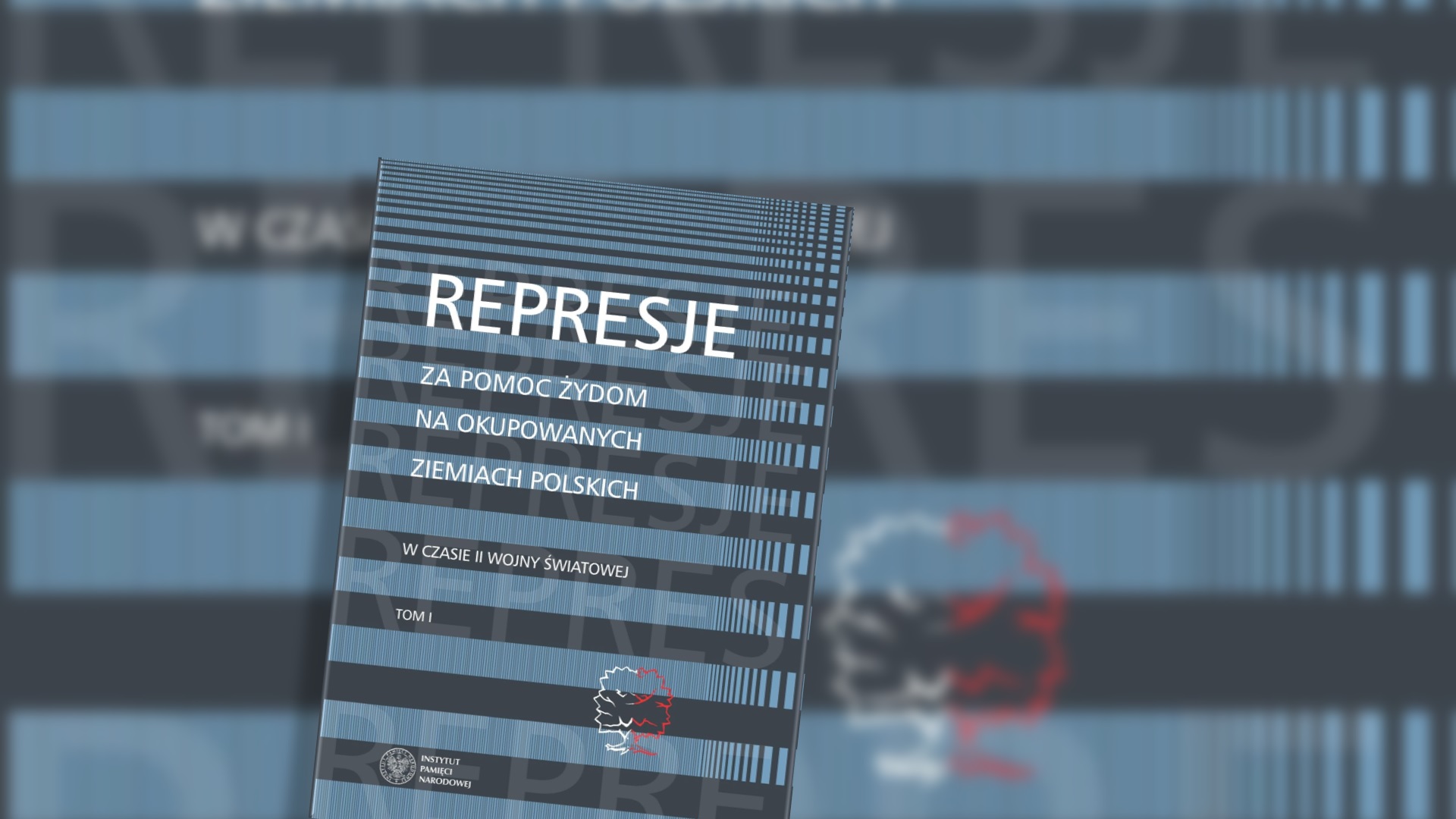 Dr Rafał Leśkiewicz: Recently, a list was published of 654 people repressed by the Germans during the Second World War for bringing aid to Jews. What were your criteria for preparing such list?

Dr Aleksandra Namysło: For the past several years, we have been gathering information about people aiding the Jewish population and the consequences of these actions for the program “Index of Poles murdered and repressed for helping Jews during the Second World War”. We do that by making queries in the Polish and foreign archives, martyr museums, Polish and foreign literature and press. For any case to be confirmed as repression its credibility needs to be verified. It is done by confronting available sources, searching for complementary materials and, if needed, via thorough and time-consuming field research. First, we wanted to publish the stories we were able to reconstruct entirely. One of the elements of such reconstruction is the information on the form of provided help, another – reasons for why the person decided to act that way as well as if it was a selfless act of mercy or if it was motivated by compensation. To reconstruct the course of a repression, it’s important to establish what caused it.

Dr Martyna Grądzka-Rejak: When choosing and verifying cases of repression we don’t simply transcribe the information from the sources. A single account is also not a binding criterion for us. Of course, there are categories of sources which don’t require as detailed verification as usual e.g. materials of the German provenance or testimonies of people who received such help. Thus, we treat materials gathered by Yad Vashem based on which the institution decided to honour a person with the title of the Righteous Among the Nations as fully reliable.

RL: Based on what documents was the list prepared?

AN: Notes about cases of repression presented in this volume were created on the basis of various types of materials. These are, among others, documents created by the repressive and administrative bodies of the German Third Reich including files of the German police, presidents of local German governments and province administrations. Very useful for the reconstruction are case files of special courts (Sondergericht) and prosecutors of special courts. These sources usually describe all stages of court proceedings e.g. the materials on the basis of which the trials began (denunciations, police reports and questionings) or indictments. Personal files of the German penitentiaries are an important source as well. We also used materials gathered in the procedures of awarding the title of Righteous Among the Nations deposited in Yad Vashem and the archives of the Emanuel Ringelblum Jewish Historical Institute in Warsaw.

MG-R: The team which we came to call the Bielawski team or Bielawski investigation has top priority for us. From the materials created or gathered after the Second World War, those valuable for the project turned out to be: the case files of people suspected of collaborating with the German occupier, the materials gathered since 1945 by the Chief Commission for Investigating Nazi Crimes in Poland and the Chief Commission for the Prosecution of Crimes against the Polish Nation which goal was to research and gather materials regarding the German crimes committed in Poland between 1939-1945 against Polish citizens or people of Polish nationality.

RL: What motivated Poles to help Jews during the war? After all, punishment for such actions was often death.

AN: It wouldn’t be a big revelation to say that there were different motivations behind it. We can’t always determine what the motivation was behind a person’s or family’s choice to help. Some did it out of altruism, others due to religion, sense of propriety, political views or the desire to aid old friends or those who previously aided them. There were those who saved their spouses too. Some also helped counting on financial benefits. The issue of motivation is very complex and sometimes various factors need to be taken into account.

MG-R: It’s one of the more difficult elements of describing the history of helping or for out project – cases of repression. Confronting those who looked for rescue from the Holocaust required adopting a certain attitude. Some, regardless of the consequences including the threat of death, decided to help; others pretended like there was no problem or were indifferent to it. There were also those who caused the death of Jewish escapees in hiding or their helpers by telling on them to the Germans. Some, in various circumstances, committed acts of murder themselves. The adopted attitude sometimes changed as well. The factors in play were e.g. local circumstances, political factors, financial statuses, living conditions, ideological and religious influences and other individual motivations – they shaped the attitudes towards the Jewish populations seeking aid.

RL: Is it possible, on the basis of the research conducted in recent years, especially for the project “Index of Poles murdered and repressed for helping Jews during the Second World War”, to give a precise number of victims among Poles saving Jews?

AN: Determining the accurate number of Poles murdered for aiding Jews is one of the goals of the project. At this stage of the research, we managed to confirm that no less than 467 people were killed for helping actions. In this group, there are victims of crimes committed on site where the instances of such aid were discovered by the officers of German military and police formations; those who died as a consequence of brutal beating or torture; those who were sentenced to death by the German courts and the prisoners of concentration camps who perished for various reasons (due to illness, beating, exhaustion).

MG-R: In our publication, there are stories of confirmed 341 people and five plausible who lost their lives due to bringing help to Jews. A definite majority – 258 of them – were shot on site upon discovery of their actions, shot after arrest (also in mass executions) and killed on the basis of court verdicts. However, not all cases of death for aiding Jews which are in our internal database (which currently counts over 10 thousand records of people helping but not being repressed) went through the verification process, so this number shouldn’t be considered definite.

RL: When will we know more names, in other words, when will you publish the next volume?

AN: After we conduct further verification. It’s difficult to definitely determine the date of publishing the second volume. We wish it could happen as soon as possible. We don’t know yet how many of the stories in the database will be confirmed as those regarding persons repressed for bringing help to the Jewish population. That is the case especially since we first verified the names which were best documented in historical sources.

MG-R: A flaw of sorts of the current verification system of individual stories is the fact that it’s focused on the lands of the Second Republic of Poland and not broader e.g. for specific administrative bodies created during the Second World War. Such course of research would enable us to compare the scale of German repression and policy against the population saving Jews in certain provinces, and wider, in entire districts. Perhaps we will introduce this system for further verifications.

RL: Thank you for the interview.