Author: ADAM GRZEGORZ DĄBROWSKI 09.12.2019
Ignacy Jan Paderewski was an extraordinary pianist and composer, a devoted patriot and a man of the state, a philanthropist and a social activist. His engagement in the Polish cause was absolutely selfless. He will forever have a place among the great figures who helped Poland in regaining its independence.

He was born and spent his childhood in Kuryłówka in Podole (the lands of the 1st Republic of Poland taken by Russia during the second partition of the country). There, he received his first education (patriotic, musical, general) and it was there where he first performed publicly. He continued his education in Warsaw, Berlin and Vienna. Soon, he began giving concerts during which he had the chance to meet many famous figures of the international political scene. He quickly became a well-known and appreciated person. He also built up his fame by engaging in charity, showing off his rhetoric skills as well as giving his first political speeches concerning the international situation at the time.

Very well received among Poles living at the Polish territories occupied by the three neighbouring states (Austria-Hungary and the German and Russian Empires) and among those on emigration was the ceremony of the unveiling of the Grunwald memorial in Cracow, on July 15th 1910. The unveiling took place during the celebrations of the 500th anniversary of the battle of Grunwald. The idea and funding for the statue came from Paderewski and it was a prelude of sorts for his activities for the Polish cause during the First World War and after.

Diplomacy during time of war

The outbreak of the war found Paderewski in Switzerland, among the relatively small, politically diverse and yet active Polish diaspora. Its representatives – upon hearing about the dramatic economic situation of their countrymen – established the Committee of the Polish Victims’ Relief Fund based in Vevey. Paderewski became the honorary deputy president and president of all the branches of the organisation which were to be created in other countries. The Committee promised not to engage in any political activities in the neutral Switzerland which resulted in the Swiss government officially acknowledging the organisation and enabled the movement to bring humanitarian help for the Polish civilian population.

He quickly became a well-known and appreciated person. He also built up his fame by engaging in charity, showing off his rhetoric skills as well as giving his first political speeches concerning the international situation at the time.

Paderewski went respectively to Paris and London to establish outposts of the committee there. In both cases, the missions ended with success; however, in order to get the government officials of the two countries to join the committee he had to agree to the presence of the diplomats of Tsarist Russia which was a military ally of Paris and London.

The next stop for Paderewski were the United States (which at the time were also a neutral country), where many – divided among themselves - Polish diaspora organisations were active. Wanting to bring some life into them and unite them around the idea of the Vevey committee the Polish pianist decided to do a tour around all the Polish diaspora centres in the US. During this tour, he negotiated with the representatives of Polish emigrants, gave concerts and delivered fiery speeches. His activities were soon noticed by the American society and the federal authorities, hence the American Committee of the Polish Victims’ Relief Fund was established with many famous figures in its ranks.

Nonetheless, the most valuable for the Polish cause was the support of Edward House – a friend and the closest advisor of the US president of that time, Thomas Woodrow Wilson. Thanks to House’s endorsement, Paderewski had the opportunity to meet president Wilson twice in 1916. During these conversations, Paderewski officially represented the Polish diaspora, as he had become the president of the Polish National Department not so long before. It was a political organisation, sprouting from the charity activities of the Polish Central Relief Committee. This committee was uniting those members of the Polish diaspora in the US who sympathised with the Entente. 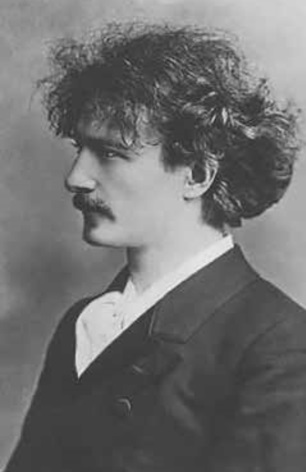 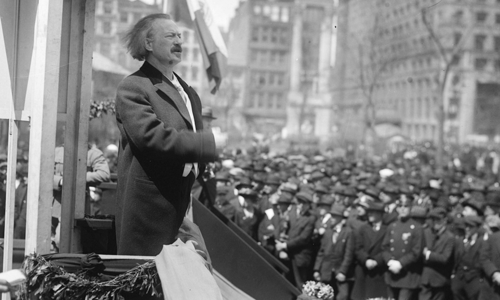 At the beginning of January 1917, House asked Paderewski to quickly prepare a letter describing all important Polish affairs which he would later present to the president. Paderewski wrote two texts in little to no time (basing them on various statistical and historical materials): one dated on January 11th 1917; one without a date prepared between 11th and 22nd of January 1917. There, he described the history of Polish lands, the situation in all the occupied territories and the proposition of the future borders of reborn Poland. Although there is no way to prove this, there is a strong possibility that the two texts influenced – at least indirectly – president Wilson’s speeches to the American senate. The first speech, from January 22nd 1917, had the words “all politicians agree, that an independent, united Poland should exist”. The second one, delivered on January 7th 1918, and widely known as the fourteen points peace program for after the First World War, had a sentence (in the thirteenth point): “An independent Polish state should be erected which should include the territories inhabited by indisputably Polish populations, which should be assured a free and secure access to the sea, and whose political and economic independence and territorial integrity should be guaranteed by international covenant”. Especially the second statement, delivered when the United States had already joined the war, strengthened the support for the Polish cause on the international political scene.

Thanks to House’s endorsement, Paderewski had the opportunity to meet president Wilson twice in 1916. During these conversations, Paderewski officially represented the Polish diaspora, as he had become the president of the Polish National Department not so long before. It was a political organisation, sprouting from the charity activities of the Polish Central Relief Committee.

Another field of Paderewski’s work was trying to create a Polish army in the United States – only as independent military, not as auxiliary units of the allied armies. Unfortunately, these attempts were met with strong denial from the American officials, including president Wilson. No sooner, than in the autumn of 1917 had they agreed to enlist volunteers among the American citizens of Polish origin who were not eligible for recruitment to the US military, and send them to the newly created Polish army in France.

Prior to that, in August 1917, in the Swiss Lausanne the Polish National Committee was established, whose founders had the ambition to represent all Polish affairs on the international scene (its headquarters were soon moved to Paris). Its president became Roman Dmowski, the leader of the Polish national democratic movement. Not long after, the Entente states acknowledged the committee as the official representation of Polish interests. The function of the committee’s representative in the US was offered to Paderewski who at the same time continued to organise financial help for Polish lands and encouraged his compatriots to volunteer to the Polish army. Even though, the collections brought little effect, the number of volunteers declaring the will to join the Polish military was much bigger than expected.

Paderewski ended his visit in the United States with the creation of the Information Bureau (to promote Polish matters in American newspapers) and the Industrial-Economic Bureau (to lay out the groundwork for future Polish-American economic relations), and in November 1918 he went back to Europe. Following his short stay in Great Britain and France, on board a British warship he travelled to Poland, which independence was notified on November 16th 1918 and which already had a working central government led by socialist politician Jędrzej Moraczewski, with Józef Piłsudski serving as the Temporary Head of State.

A symbolic meaning for the process of Poland returning to the Baltic sea had Paderewski’s visit to Gdańsk (December 25-26th, 1918) where he accepted an invitation to Poznań made by the freedom activists from the Wielkopolskie region. He arrived to the city by the Warta river on December 26th, welcomed with cheers and applause from his countrymen. The pianist’s visit to Poznań became the spark which led to the outbreak of the anti-German uprising. The fighting quickly spread to the entire Wielkopolskie region and became one, huge, Polish rising ending in full success: on the basis of the Versailles Treaty the Wielkopolskie province was returned to the Polish state.

From Poznań, Paderewski went to Warsaw where he was also welcomed with ovations. He was treated as the father of Polish independence and immediately brought into the whirl of political events. In light of the difficult internal and foreign situation of the country, there was a need for a new government led by someone who had support of a wide spectrum of political parties in Poland as well as the trust of western states. Paderewski was a perfect candidate. He was appointed prime minister (officially called the president of ministers) and held that office since January 16th to December 9th 1919 while also serving as the foreign minister.

The achievements on the international scene could not; however, cover the difficult situation at home and the critique of Paderewski’s government. As a result, he resigned from the positions of both prime minister and minister of foreign affairs. Not long after, he went to Switzerland.

The most pressing internal affairs, requiring almost immediate decision-making, were: improvement of the difficult financial situation of the country (including taking on inflation and providing liquidity in tax enforcement); reconstruction of trade and industry, and finally ensuring public order and security. In terms of foreign affairs, the most crucial were the border disputes with southern and eastern neighbours (with Czechoslovakia, West Ukrainian People’s Republic and Soviet Russia) and – in the end resolved peacefully – the conflict with Germany. The arrangements of the Versailles Treaty were key in this matter. The Polish delegation was led by Paderewski (he came to Versailles on April 5th) and Roman Dmowski who filled in until Paderewski’s arrival. It was them, who signed the document which would later be remembered as the Versailles Treaty, on June 28th 1919. Thanks to their authority, motivation and power of persuasion as well as the work of all other members of the delegation, the 2nd Republic of Poland got the best outcome it could have imagined at the time. The Polish parliament approved the treaty on July 31st 1919. 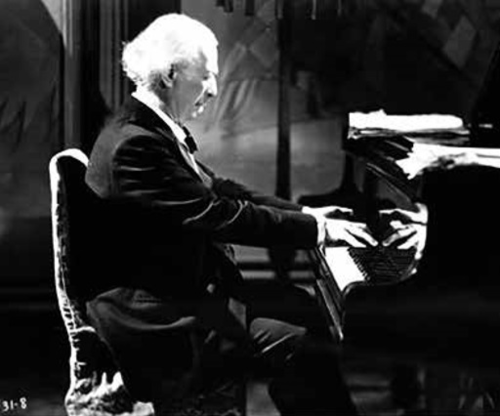 The achievements on the international scene could not; however, cover the difficult situation at home and the critique of Paderewski’s government. As a result, he resigned from the positions of both prime minister and minister of foreign affairs. Not long after, he went to Switzerland. For a short time, he returned to active diplomatic duties by accepting the nomination for the position of a Polish delegate by the League of Nations, an organisation aiming to maintain world peace. He served at this capacity since July 18th 1920 to May 23rd 1921 (at the first, solemn sitting of the League he was greeted with thunderous applause), but in the end he retired from active politics. Nonetheless, he kept a careful eye on the situation in the country. In 1936, he became the cofounder of the so-called Front Morges – a political alliance of opposition parties against Piłsudski’s sanation movement.

Following the outbreak of the Second World War, he once again engaged his authority – both among his countrymen and internationally – in helping the Polish cause. He became the president of the National Council of the Republic of Poland serving as the government-in-exile; although, due to his old age and poor health he only attended one sitting of this body. In the year 1940, he went to the United States where he continued – as much as he could – campaigning for Polish matters. He died of natural causes in June 1941, in New York. He was buried with honours at the National Cemetery in Arlington. In 1992, his ashes were brought back to Poland and laid in a sarcophagus at the St. John’s Archcathedral in Warsaw.