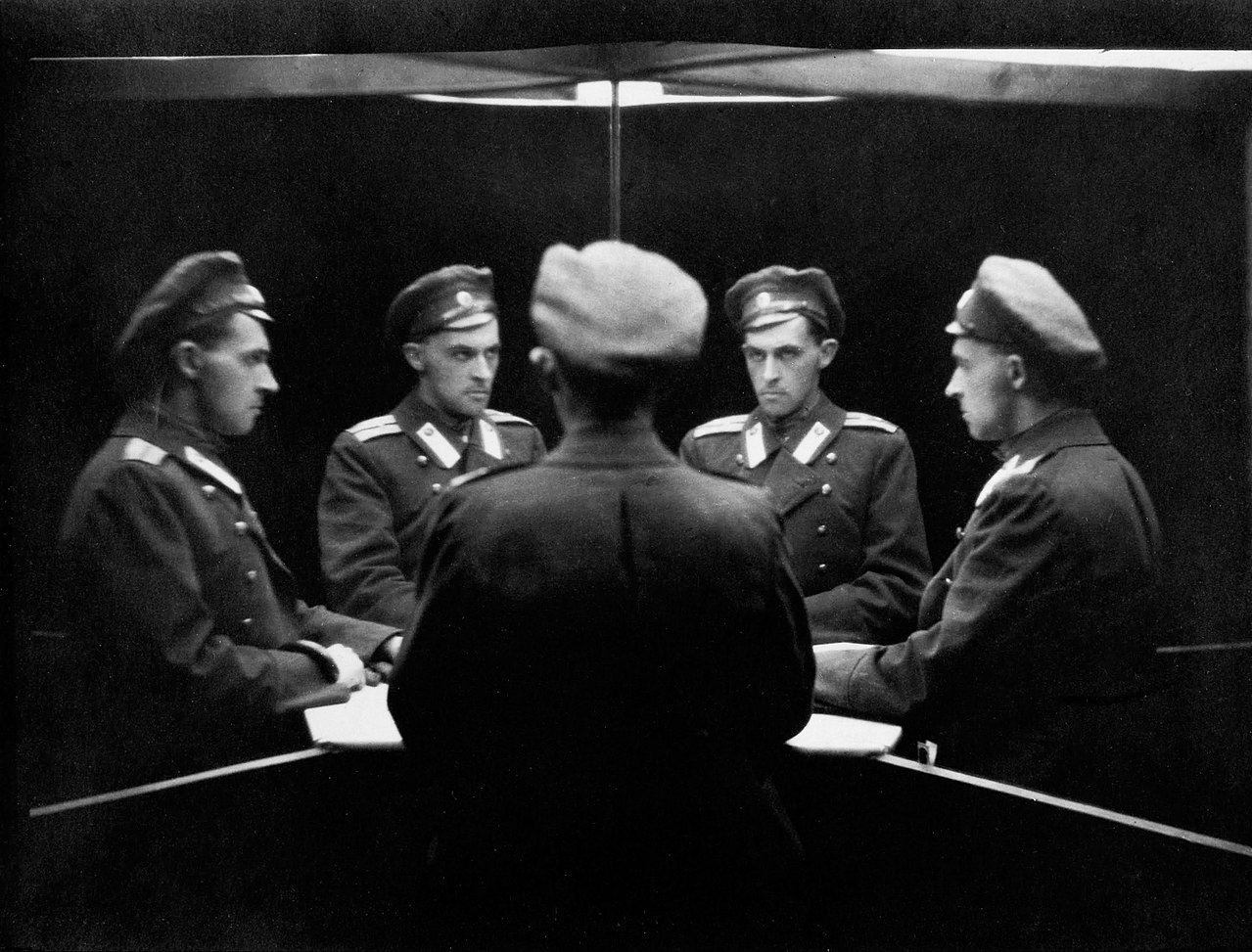 Witkacy – the witness of the beginning and the end of independence

He was an avant-garde artist at first, seeking new means of expression, but in time he became a catastrophist, who predicted the dawn of a totalitarian world. He started creating when independence returned, he stopped when it was lost again.

Witkacy dramatically ended his life along with the independent Poland. He committed suicide in September 1939, but not upon the news of the German invasion, but on September 17th, when the Red Army attacked from the east. He saw his world ending before his eyes and he didn’t want to live in the one that was to come. The world that was to come, was the one from his novels, plays, philosophical papers and paintings – a totalitarian world. He feared not only the regime, but also the modern reality that was to follow, a mechanical life in new, total societies led by a mass democracy without a face, loss of personality and independent thought, with soulless people devoid of emotions reduced to nothing but social standards – a world where culture, religion, philosophy and art had no place.

A day after September 17th

At the beginning of September 1939, Witkacy and his friend Czesława Oknińska left Warsaw along with crowds of refugees running from the Germans to the east. They managed to reach Brześć by train, where Witkacy tried to enlist in the army, which, as it turned out, was impossible due to his age (he was 54 years old). They then marched to Kobryń at the Polesie region, and from there to the Jeziory village, where Witkacy had a friend he met during his time in Russia. There, he intended to wait out the beginning of the war. On September 17th, they learned about Russia’s invasion on Poland. On the following day, at dawn both he and Czesława decided to commit suicide.

He saw his world ending before his eyes and he didn’t want to live in the one that was to come. The world that was to come, was the one from his novels, plays, philosophical papers and paintings – a totalitarian world. He feared not only the regime, but also the modern reality that was to follow…

“You have no idea what the Soviet revolution was – said Witkacy to his companion in death – it will be horrifying, and I won’t be able to protect you.” According to some people, he supposedly added: “We need to do it now, since it is still a free Poland here”.

Witkacy knew Russia. He got there already at the beginning of the First World War, after a long, exotic journey to the Antipodes, Australia and other Oceanic islands, where he went with his friend Bronisław Malinowski, who later became a famous ethnologist. He decided to enlist in the Russian army in hopes of freeing at least a small piece of Poland in the course of the war. He served at the Tzar Life-Guard regiment in Petersburg and had to fight against the Austrian troops where some Poles served as well. He was heavily wounded in the battle of the Stochód river. His regiment began the February revolution in 1917 in Petersburg, and later during the Bolshevik revolution in Autumn of the same year Witkacy was supposedly promoted to a commissar by the soldiers from his unit. When the Polish Military Committee started to form, Witkiewicz joined it, but in the middle of 1918 he returned to his homeland.

Witkacy wound up in the hurricane of the most important historical events of the beginning of the 20th century. However, he wasn’t a typical soldier, politician nor patriotic or social activist. He was, first and foremost, an artist who wanted to portray not only his own, individual feelings, but also collective emotions, concerning the general condition of a shared world, its state and future. Witkacy came from the circles of artistic, modernist [the Young Poland period; trans. annotation] bohemia. Apart from being a versatile artist, he was also a very modern creator – for the important, as he said, existential problems, the “deepness of the soul” and the internal fight with one’s self, he searched for a contemporary artistic form, a “pure form” of absolute art. At first, it was closer to avant-garde, then, after some reflections and the gradually more catastrophic predictions, the form became more expressive, one could say explosive, and finally, intricately grotesque and parodic. What’s more, Witkacy was an artist who didn’t exactly create a separate, disconnected art. On the contrary, he liked to join it with real life; he was an artist, for whom life was art itself, who lived his life like it was art, a scene for a play or an - often provoking - meeting with others. That’s what made him known as a scandalous eccentric, a provocateur, and according to the Zakopane legend – a city in the Polish mountains where he spent most of his life – “the crazy person from Krupówki”.  Witkacy didn’t stop at art though, he had certain intellectual ambitions, not only theoretical but also expressed in various papers about both the new art and philosophy. In the 1930s, he wrote philosophical dissertations, debated with philosophers, formulated his historiosophical reflections  about the state of the western civilisation and its future perspectives. 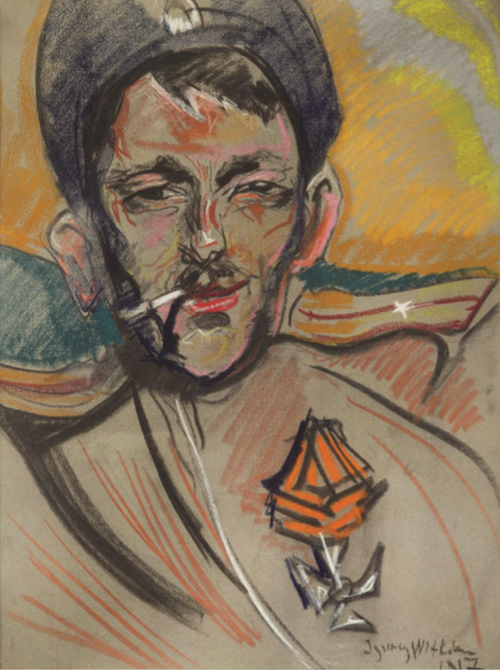 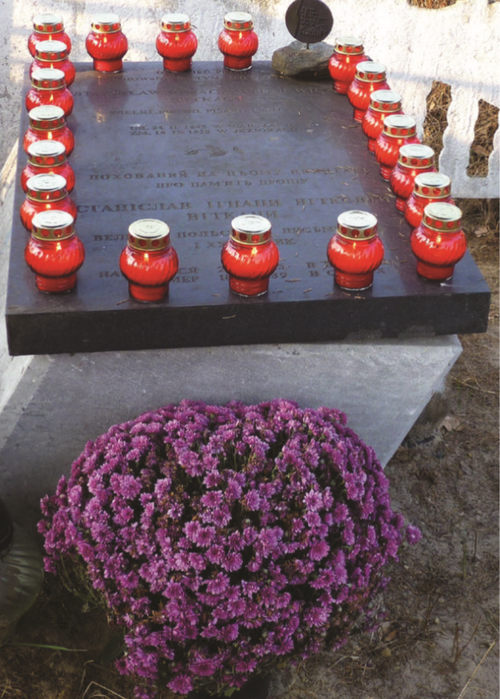 The ghost of the future

Only after a few months following his return from Russia he published his first book, “New forms in painting and the Resulting Misunderstandings”. In the chapter “About the loss of metaphysical feelings” he wrote about the progressive degradation of the western civilisation, its decay, decadency and possible fall. The vision of the “dusk of the West” was prevalent in all of Witkacy’s written work, in the later prose (“Insatiability” and “Farewell to Autumn”) and in many of his plays, first and foremost in “The Shoemakers” – a bold play about a permanent revolution, which leads to absurdity and social decay.

Already in 1918, the artist had a ready, though uneasy and the more sarcastic diagnose of our times and the coming future:

We live in an exceptional and ground-breaking era. […] The old world of great masters of life and death, the grand educators of humanity, the horrible atrocities, torment and injustice, which the crowd of lower beings had to bear, the world of grandeur styles and powerful individuals in art and the world of philosophers […] – it goes into dusk to make room for generally happier, but more mechanised, lacking in creativity and forever boring humanity.

The totally democratic revolution was for him, an individualist and artist, a too big price to pay, an end of the world. The notion of future happiness was also suspicious, Witkacy wrote about it quite ironically:

People of the future won’t need neither the truth nor beauty; they will be happy, is that not enough? The truth became for our philosophers the synonym of utility, on its own it became a nonsense. Beauty is something, which provides us with the feeling of some metaphysical secret free of the terrifying loneliness of the universe. The future people won’t be feeling the mystery of being, they won’t have the time for it, and at the same time they will never be lonely in the perfect, future society.

However, this vision of the happy future was interrupted by the constant internal struggle, despite the wide democratisation and uniformity:

Nowadays, the majority of humanity only screws in the name of the future general happiness. […] Everyone from the fighting crowd is only a cog in a terrible machine, but at the same time is deeply convinced, that in the end, the future must belong to that very crowd.

Witkacy’s anti-utopia, described in much of his work, ends not in an apocalypse, but rather decadency, gradual decay and a fall, a slow suicidal death. In his novel “Insatiability” from 1930, there is an ironic ending of this distant, pseudo-happy future. In this vision, Europe, apart from Poland, has already gone through the Communist revolution and is conquered by Asia. The military conquest is no longer needed though, all it takes is a pill of happiness invented by an Asian Murti Bing, which is used by the ruler of China to conquer the West. Given to his enemies, the pill would bring them into the state of narcotic indifference, submission and general agreement to everything, the state of comfortable numbness and mythical nirvana. On the way of total conquer and indoctrination of Europe stands only Poland and her dictator Erazm Kocmołuchowicz who in the end can’t resist the temptation of eternal happiness, takes the Murti Bing pill and surrenders the country to China. He’s later decapitated in front of the Chinese emperor as the representative of the fallen West; however, even death in the new reality seems like happiness. When the Chinese come, literature, art and history also come to an end. One of the characters in the novel, a writer Sturfan Abnol summarises it all, somewhat in the name of Witkacy: “No work of mine will wind up under thatches, since luckily there will be no thatches. All in all there will be no joy from this, and only filth will evenly spread everywhere.”

He stressed that the newly created myth of modernity, constantly improving world and ideology of a never seizing progress have their own, dark, unpredictable and dangerous side. He described the creation of an inhuman, perverted, totalitarian reality, which was inexplicitly tied with the civilisation of modernity and rejection of the previous world which was built by people for generations.

“Insatiability” is rather a parody of a regular novel, due to the accumulation of themes, phantasmagoria of characters, mixing of literary matter, philosophical and pseudoscientific inclusions, and was intended to be an attempt of a “metaphysical novel” and an existential revelation, at the same time revealing the author’s distance towards literature or art in the face of the future’s horror.

Witkacy was a catastrophist, but not a naive one and not in a plain sense. Already in the optimism era of the 1920s avant-garde, he stressed that the newly created myth of modernity, constantly improving world and ideology of a never seizing progress have their own, dark, unpredictable and dangerous side. He described the creation of an inhuman, perverted, totalitarian reality, which was inexplicitly tied with the civilisation of modernity and rejection of the previous world which was built by people for generations. He had an extraordinary intuition concerning the future, but not only the Communist one, which beginnings he saw in person, but the further one, the one we are witnessing today, the unclear and unpredictable one, having its own ideologies and leaders – the future of globalism. Did he predict the future well then? He’s considered as one of the precursors of existentialism, literature and theatre of absurdity and even of the idea of “the end of history”. His predictions are still relevant, since much of what he described, that hasn’t yet come to life, can very well happen at some point in the future. 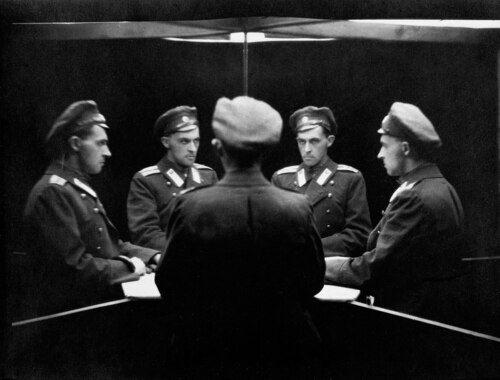 However we look at the suicide of Witkacy in September of 1939, it has more than just an individual meaning. It stands out, not as an act of despair or fear, because it wasn’t that – as was said by Czesława Oknińska who survived. It was more an act of disagreement, rejection and condemnation of the inhuman world which was to come. All it takes to evaluate it correctly, is to recall his friend Tadeusz Boy-Żeleński, who at the same time got to Lviev and cooperated with the Soviet authorities, joining the collaborative group of the “Polish Soviet writers”. The Soviet occupants spared his life, but not for free. He didn’t live long though, as he was shot by the Germans. He outlived Witkacy by barely two years. Even if their lives were similar, their endings were vastly different.