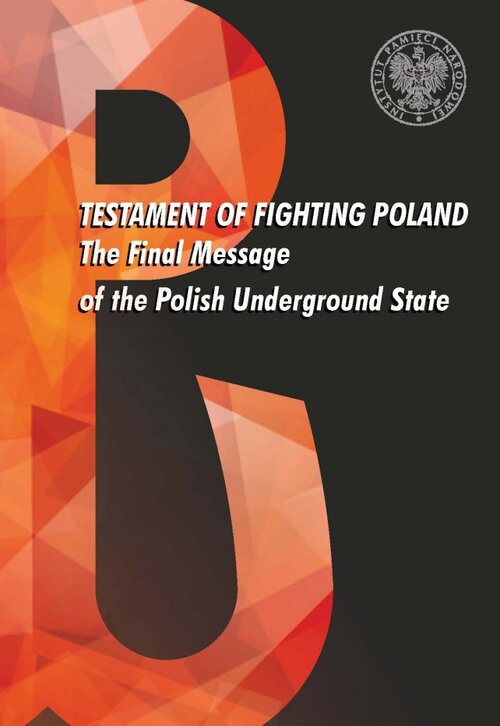 Testament of fighting Poland. The Final Message of the Polish Underground State

The Polish Underground State began to take shape on 27 September 1939. It was a truly global phenomenon. Its clandestine military and civilian structures reporting to the Polish government-in-exile had no parallel in any other country. The Polish Underground State not only engaged in open struggle against the occupiers as part of Operation Tempest, but also established a tradition of ethics and independence which saw the Poles through the time of communist dictatorship. The soldiers and civil servants of the Polish Underground State were not to see victory. Many of them perished in the fight, were murdered or imprisoned by the occupiers. After the war, thousands fell victim to communist repressions, thousands of others rescued themselves by fleeing abroad. They left us their heritage and values that guided them in their struggle against the occupiers and communist subjugation. Their testament was left in such documents as the order of General Leopold Okulicki “Bear Cub” to dissolve the Home Army, or the last manifesto issued by the Council of National Unity (included in this brochure). It can also be found in the lives and deaths of the witnesses who served their motherland in the hour of trial. Today, we read anew the Testament of Fighting Poland, which bequeathed us her ideals.

dr Łukasz Kamiński
President of the Institute of National Remembrance

TESTAMENT OF FIGHTING POLAND. The Final Message of the Polish Underground State