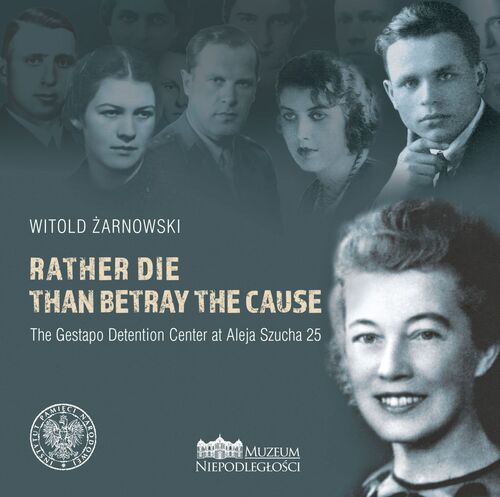 During the occupation, even the words “Aleja Szucha” inspired terror among the citizens of Warsaw, as they were associated with the suffering of victims and the cruelty of Gestapo tormen-tors.

In the first few days of occupation, Aleja Szucha and the nearby streets were converted into a police district, while the monumental building of the Ministry of Religious Beliefs and Public Enlightenment at number 25 (now the Ministry of National Education) was transformed into the headquarters of the German Security Police. From 1940, almost all political prisoners from Warsaw were interrogated at this address.

This publication is supplemented with more than 100 archive pictures. Our intention was to commemorate and honor the heroes tortured and abused at Aleja Szucha by the Nazi oc-cupants who, while invading the territory of Poland to look for “living space”, led a violent fight with Polish society.

We hope that this publication will also contribute to the dissemination of knowledge about this important historic site and encourage more people – not only the residents of Warsaw – to become acquainted with the exhibition in the Mausoleum of Struggle and Martyrdom, as well as projects such as the annual Remembrance Days for Pawiak, the annual Museums Night in May or the anniversary of Operation Arsenal.