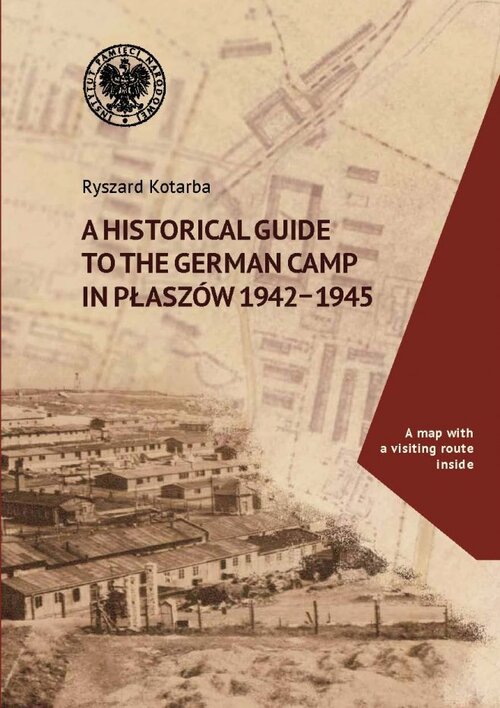 This text seeks to introduce popular knowledge about the former German forced labor camp turned into a concentration camp in Płaszów, to all the inhabitants of Kraków and all other visitors. Although the camp was established on the soil of the former Wola Duchacka commune, it went down in history with the name given by its German occupiers: Konzentrationslager Plaszow bei Krakau. Located so close to the center of Kraków, this camp where thousands of Jews and Poles, many of them living in Kraków, were killed was, unfortunately, forgotten soon after the war. Since, in the past, the communist authorities did not take into account the special significance of this place, much of the site has been used for residential and other municipal developments. Significantly reduced, this area is today still abandoned, scarcely marked and quite neglected despite those maintenance works in progress.

The guide provides basic information about the ghetto in Kraków, origins, development and liquidation of the camp in Płaszów, living conditions in the camp, the German crimes, prosecution of war criminals, as well as a list of selected publications, a list of terms and abbreviations and a map with a visiting route.

Ryszard Kotarba, A Historical Guide to the German Camp in Płaszów 1942–1945 (pdf)