Author: Sylwia Szyc 24.08.2022
On December 18, 1972, the American military operation “Linebacker II” began. Its main goal was to force the Democratic Republic of Vietnam to return to the negotiations broken just days prior.

Strategic points were bombed as part of the operation, including the port in Haiphong, where the Polish ship Joseph Conrad was anchored. Four sailors were killed in the attack and several dozen others got injured.

The peace talks between the United States and the DRV, lasting since 1969 (and broken several times), went back to a standstill in December, 1972. Already in early autumn, Henry Kissinger, the national security adviser for President Nixon, publicly declared that “peace is close”. Any hopes for its quick resolution disappeared on December 13, however, when the communists from Hanoi, not agreeing to the changes to the initial agreement made in October, once again refused to continue the talks. 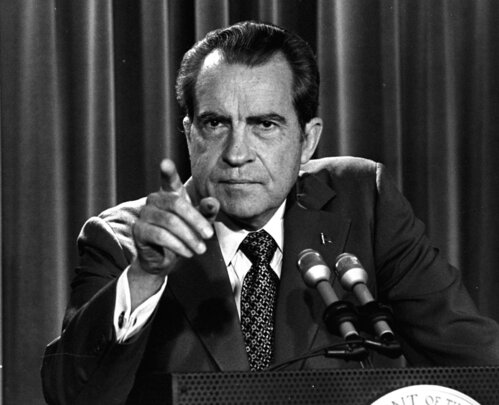 Washington wanted to end the war in Vietnam as quickly as possible. This was the result of both the worsening economic situation and the escalating social unrest among the American society. The prolonging conflict cast a shadow on the reliability of Richard Nixon. Even though he managed to get reelected in November, 1972, the continuing impasse in the peace negotiations was compromising the efficiency of his administration. The president wrote the following in his private diary:

“The expectations before the elections rose so high […] that to prolong the war without the perspective of its end would simply be a disaster”.

Nixon, wanting to force Hanoi to come back to the negotiating table, ordered a mass bombing of North Vietnam, including the urban areas. This was not the first operation of this kind. Several months prior, the American air force conducted a series of air strikes under operation “Linebacker”, often described as the first modern air campaign.

Joseph Conrad, a general cargo ship under the Polish flag, built in a Yugoslavian shipyard in Rijeka, served as a transport vessel for crates of industrial materials.

It was one of the three ships intended for the South-American line. It is on this ship, where writer and journalist Andrzej Braun set sail for his several-months-long trip on the trail of Joseph Conrad to Indio-China.

Joseph Conrad anchored at Haiphong on May 31, 1972. It was the ship’s 25th voyage. Two other vessels of the Polish Oceanic Lines anchored there at the same time: M/S Moniuszko and M/S Kiliński - none of them was able to leave the port, since its exit was mined by the American air force. To this day no one knows why Conrad sailed into Haiphong’s port despite the fact that it had been public knowledge for three weeks that it was laid with explosives.

The American operation in Vietnam, taking place between December 18-29, 1972, due to its timing is also known under the name The Christmas Bombings. For 11 days, with a break on Christmas Day, heavy B-52 bombers and fighters dropped more than 20,000 tonnes of explosives on the biggest towns of the DRV - Hanoi and Haiphong. Civilian targets were hit in the attack, e.g. the embassies of Egypt and India and the Bạch Mai hospital located in the centre of Hanoi. The rubble buried 30 members of medical personnel and an unknown to this day number of patients.

The sea port in Haiphong was also one of the targets; it was a strategic transport hub for the DRV. The city was also directly connected with the Chinese Yunnan province by rail. Countries of the Warsaw Pact sent aid for North Vietnam through Haiphong. 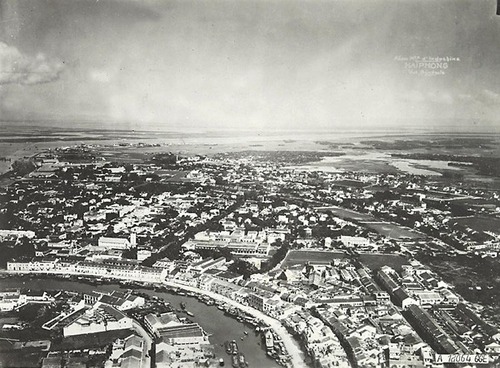 Haiphong from above (picture most likely from 1931)

In the morning of December 20, 1972, Haiphong’s citizens woke up to the sounds of another air raid. The sea port was one of the targets of the attack. At 4:40 am, the first bomb hit the middle part of the Polish general cargo ship Joseph Conrad. The next one hit the ship 10 minutes later. At the time, 28 people in total were on board, including 25 crew members, the head of the Chinese-Polish Shipping Association (Chipolbrok) and a representative of Polish Ocean Lines with his wife. During the air strike on December 20, the bombs did not only damage M/S Joseph Conrad, but also two other, Soviet ships docked in Haiphong.

“We cleaned up after supper and went to sleep to get to work in the morning, as usual. In the middle of the night I woke up to these loud bangs. The bunk above me broke up and fell on me. Bronek, a junior cook, got me out of there as he slept in the cabin next to mine”.

Kulesza suffered injuries to his neck due to shrapnel and his hair got on fire, however, he was in such shock that he didn’t even notice. He and his friends tried to save themselves, passenger cabins on both sides of the vessel were destroyed, the ship was in flames. Those who ran away hid on board the Soviet ship Dvinogorsk. 11 Polish seamen suffered injuries, while four of them ended up in the hospital due to the severity of their wounds. The rest was moved to the docked Moniuszko. Three sailors got killed immediately: Third Officer Stanisław Maliszewski (41 y.o.); Third Mechanic Adam Kaczorowski (28 y.o.) and Steward Kazimierz Giertler (27 y.o.). Senior Sailor Roman Dudek (38 y.o.) died after several days due to high degree burns on his body. All of them received post mortem Orders of Polonia Restituta, the second highest civilian distinction in Poland.

The news of the attack on the Polish ship in North Vietnam reached the First Secretary of the Central Committee of the Polish United Workers’ Party, Edward Gierek, when he was in Moscow. He was notified of the events by a secret ciphered telegram on the same day by foreign minister Stefan Olszowski. First, the crews of all the remaining Polish ships docked in Haiphong were evacuated. Then, a propaganda campaign was launched and congratulations for Nixon for the successful return of space mission Apollo 17 to Earth were withdrawn.

Davis E. Boster, American chargé d’affaires, received a protesting note handed in  personally by deputy minister of foreign affairs, Romuald Spasowski. There were also additional protests by, among others, the representative of the Soviet Union. As reviewed by Richard T. Kennedy, member of the US National Security Council, in comparison to the note prepared by Warsaw the Soviet protest was:

“(…) relatively quiet and without much interest”.

He also added that:

“For now, investigations of the Defence Department, which is not surprising, cannot confirm that the damage was caused by our planes. (…) All pilots were questioned, and some of them stated that the ship was on fire before they reached their target”.

In reality, the Americans knew that the Polish vessel was destroyed - Kissinger admitted it on the evening of December 20, in a phone call with president Nixon. 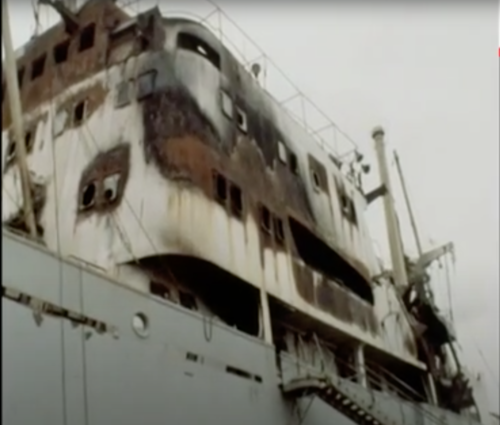 Part of the damaged vessel

Washington, however, washed its hands -the families of the dead and wounded were not granted compensation, they only received compensation from insurance companies. Polish authorities did not press the issue. Gierek’s cabinet wanted to get closer to the west economically; they took advantage of the conditions created by Nixon’s policy of relief in relations with the countries of the Soviet Bloc. Already at the end of December, 1972, they signed an agreement on postponing the due date of payment of some Poland’s debt to the United States.

The demands of the victims of the attack could worsen the relations between Warsaw and Washington, which would not work in Gierek’s favour. Some of the seamen and their families tried to receive compensation in American courts, but the Polish foreign ministry refused to help on this matter. It was most likely caused by the fact that Edward Gierek came to the United States in October, 1974, at the same time that the attack on the Polish ship in Haiphong got published in the American press. Already in April, 1974, the Polish foreign ministry stated that:

“In the current situation and in the atmosphere of relations between the Polish People’s Republic and the United States of America, and due to the fact that we received compensation from insurance associations, we believe that one should not demand compensation from the United States. As it is known, the American side definitely refused to pay out any compensation or damages related to this case during the time when we receive loans from them - that would not be tactful”.