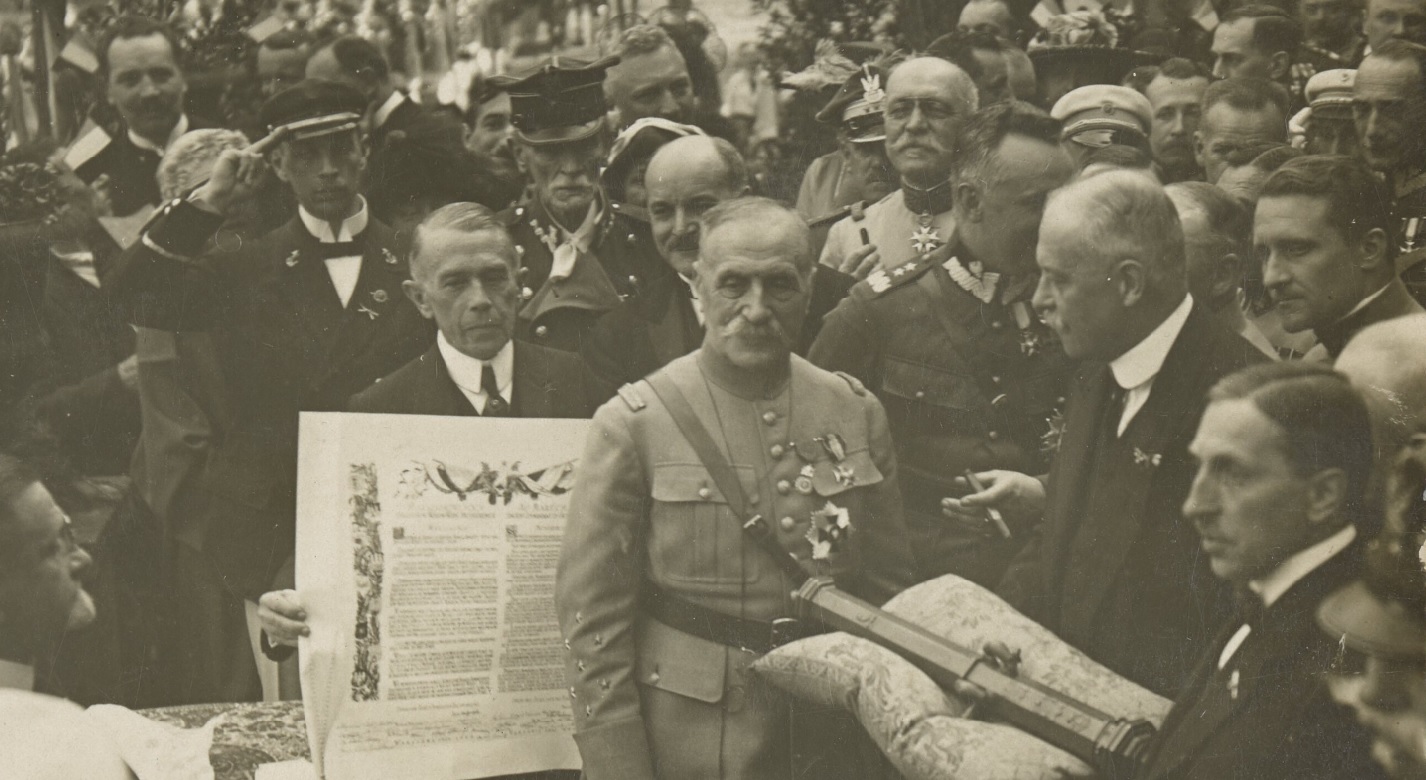 An enemy of Germany, a friend to Poles

Author: MICHAŁ WENKLAR 30.05.2022
It can be said, without exaggeration, that Ferdynand Foch played a crucial role in the Allies’ victory on the western front of the First World War.

He helped stop the lightning-fast German offensive in September, 1914, during the Battle of the Marne, and then led the northern army group in October and November, preventing the Germans from advancing to the French coast at the fields of Flanders and Picardy.

He was a supporter of offensive tactics, which is best exemplified by his most famous quote:

“My left wing retreats, my right wing is surrounded… A perfect situation, I am attacking in the centre.”

This strategy, however, brought huge casualties; hence, in the next period of the Great War, Ferdynand Foch was relieved of his command. 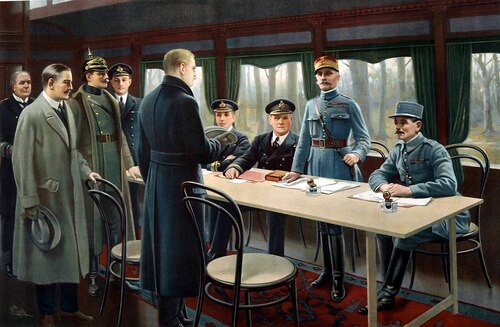 Signing of the truce in Compiègne in 1918 (Marshall Ferdynand Foch second from the right). Photo: Wikimedia Commons, public domain

He returned in April, 1917, and became the chief of general staff with Philippe Pétain. He commanded the French-English support corps, aiding the Italians following their defeat at Caporetto, and in April, 1918, he became the chief of command of the Allied forces in France. He was promoted in August, 1918, to the rank of Marshall, and then led the last counteroffensive against the Germans, which ended with the signing of the armistice in Compiègne. He later represented France during the Paris Peace Conference trying to cripple the German state as much as possible.

A friend to Poles

While being a sworn enemy to the Germans, Foch was a great friend to Poles. He supported the Polish cause during the peace conference. He also sealed the success of the Greater Poland Uprising by demanding the halt of the German counteroffensive, acknowledging the insurgents as part of the Entente forces and adding a point to the peace treaty in Trier on stopping the fighting in the Greater Poland region. 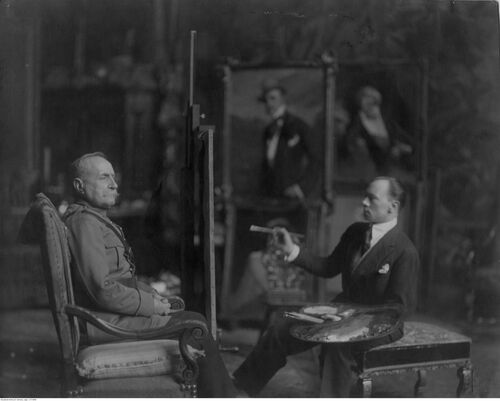 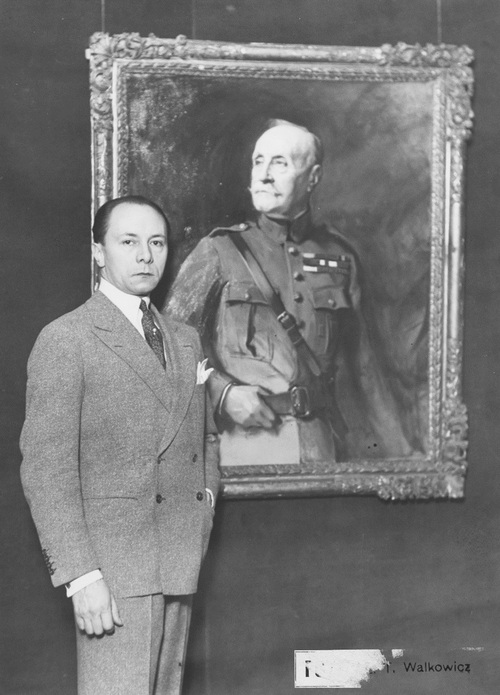 Tadeusz Styka next to his portrait of Ferdynand Foch at the exhibition in Chicago, 1930. Photo: NAC

During the Polish-Bolshevik war, he sent a French military mission to Poland with his colleague Maxim Weygand as the commander. He was also the author of the demarcation line favourable for Poland, positioning it at the border with Lithuania, called the Foch Line. It kept Vilnius, Sejny and the Suwałki Mountains on the Polish side.

Poles showed him their gratitude many times. In 1921, Józef Piłsudski personally awarded Foch with the Virtuti Militari medal, which he took from his own uniform, and in 1923, president Stanisław Wojciechowski granted him the rank of the Polish Marshall. He received the Marshall Mace during his visit in May, 1923, while being enthusiastically greeted by Polish crowds. Many Polish cities named streets after Foch, universities granted him honorary doctor titles and several towns the title of honorary citizen. 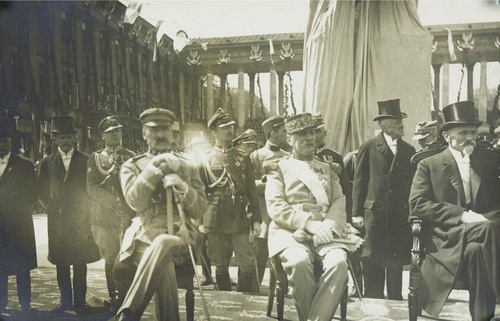 Ceremony of revealing the statue of Prince Józef Poniatowski, joined with the ceremony of granting Ferdynand Foch the rank of Poland’s Marshall. Sitting from the left: Józef Piłsudski, Ferdynard Foch and President of Poland, Stanisław Wojciechowski. May 3rd, 1923. Photo: National Library

A Catholic in a secular country

It is worth mentioning that Foch’s military career also had their downs. For a long time, he was unable to climb higher than the rank of colonel, since his deep Catholicism was poorly received in secular France. Foch was born in 1851 in Tarbes, only 20 kilometres from Lourdes, where the famous revelations came to be seven years later. The mother of the future Marshall prayed in front of the miraculous cave with St. Bernadette. His brother became a jesuit living in Spain due to French anticlericalism, while he himself never parted with a rosemary. He owed the promotion to the director of War Academy, which opened his way to advance his career, to Prime Minister George Clemenceau, an anticlerical who first and foremost looked to military skills rather than religious beliefs so unappreciated in the secular republic.

Polish bishops, in an address to the nation on the eve of the Battle of Warsaw, referred to Foch’s words which he used in one of the most critical moments of the Great War:

“I am […] calm, I feel strong today, because here in this moment all of France takes the Holy Communion for me and my army.” 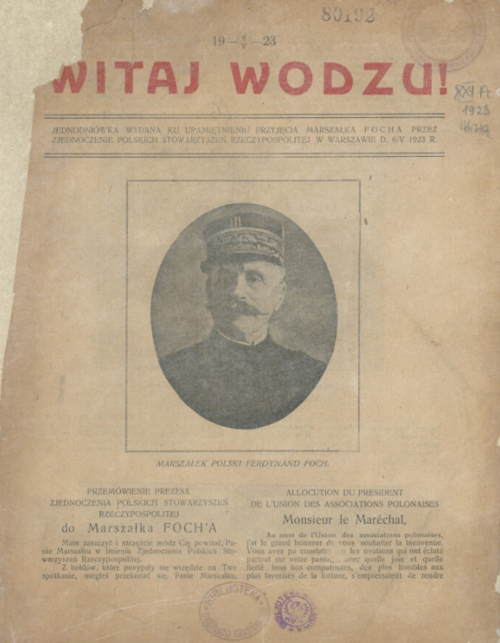 Welcome Chief! A one-day magazine issued for the greeting of Marshall Foch by the Union of Polish Associations in Warsaw, 1923. Photo: National Library. 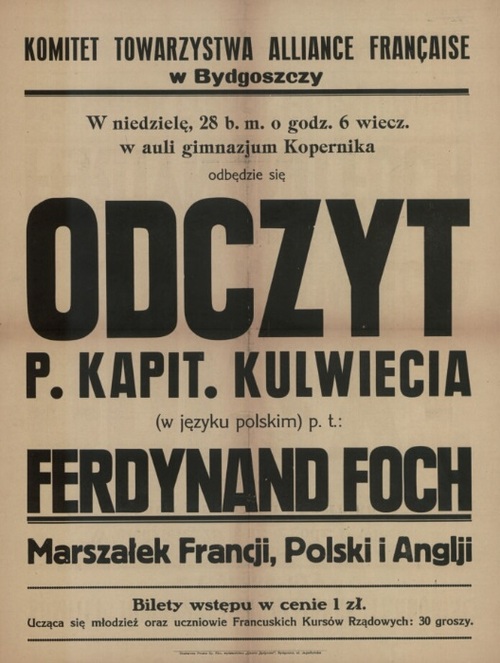 Poster of the Bydgoszcz Paper from 1929 on Ferdynard Foch. Photo: National Library 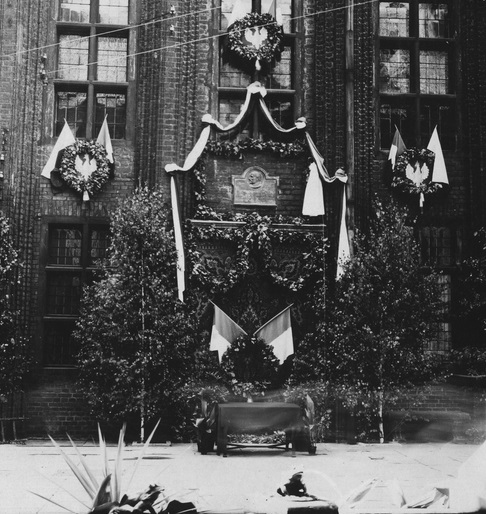