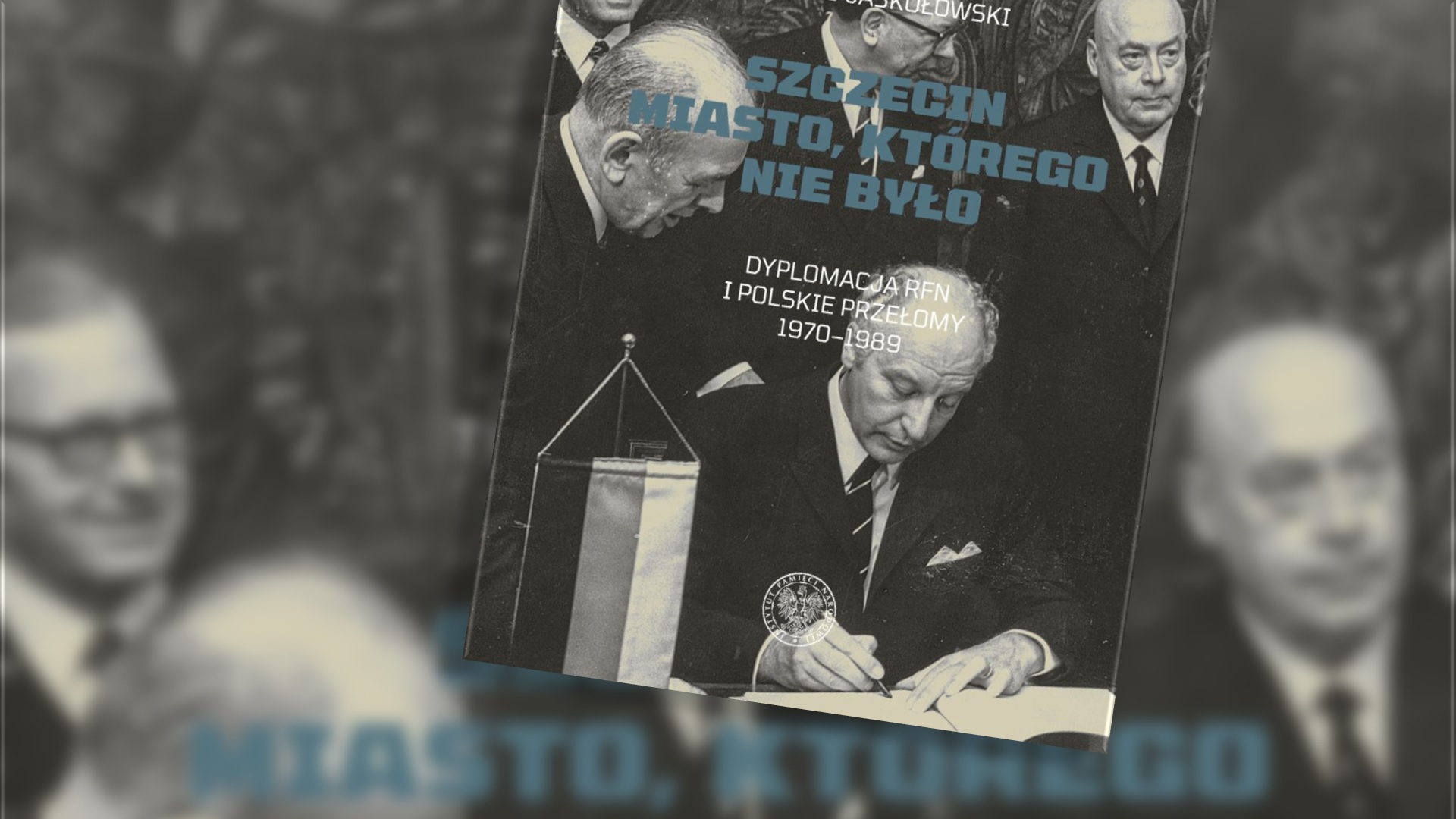 Martial law and diplomacy of West Germany - a Déjà vu from December 1970?

Author: TYTUS JASKUŁOWSKI 13.02.2022
While going through the reports of the Interior Ministry on the reactions of the embassies of NATO countries on what was happening in the Polish People’s Republic during and after December 13, 1981, one could come to a conclusion that the key word tying all these reports together was - “surprise”.

This was the most frequently used word along the descriptions of the diplomats’ sudden arrival to their offices, intense night travels, and the blocking of communication channels to the embassies’ home countries.

A mission with calm and understanding

The Interior Ministry’s counterintelligence, however, pointed to one exception. The aforementioned restrictions and limitations were to be approached with calm and “understanding” at the diplomatic representation of West Germany. How could one explain such an exception? Moreover, did it influence the way they reported on and analysed the entirety of the events connected to the introduction of the martial law in the Polish People’s Republic?

The embassy of West Germany had double bad luck. During December 1970 the embassy was only a trade mission, mostly focused on negotiating a treaty with the Polish People’s Republic, and, additionally, fearful that the clashes on the Coast could disturb the process of decreasing tensions between the global powers and the eastern policies of Chancellor W. Brandt.

A decade later, the already fully staffed embassy of West Germany had, after all, the appropriate employees. It had to face, however, the unprecedented operation of the introduction of martial law, the consequential issues with movement and the recurring fears of the fall of the global status quo. The Solidarity Union was not only an uprising, but a powerful player who, in the case of a military invasion by the forces of the Warsaw Pact, through an insurrection or a general strike, could put to waste a decade of painstaking, multi-bloc diplomacy symbolised by the signing of the Helsinki Accords. 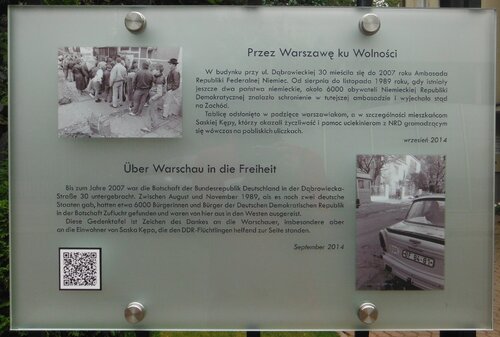 Commemorative plaque on the fence of the former building of West Germany’s embassy at the Dąbrowiecka 30 Street in the Saska Kępa district of Warsaw. Earlier, it was the headquarters of the West German trade representation. Photo: Wikimedia Commons/Tadeusz Rudzki - praca własna (CC BY-SA 4.0)

From the standpoint of the current state of research, the factual knowledge of West Germany’s diplomats on what actually took place after December 13 was more than scarce. To exemplify, the scale of the internments was estimated to be between 20 to 75 thousand people. The daily fluctuations of the incoming data on the issue was the difference of around 15 thousand arrested people. Meanwhile, in reality, there was more than 6,000 of them. If we add to that the data acquired by the West German intelligence stating that half of the crews of the Polish companies took part in the strikes after December 13, that would mean that the protest was as large as the planned but never performed general strike in the wake of the Bydgoszcz Provocation in March 1981. In the context of current knowledge, the voices of the diplomats of West Germany who argued that their country did not want to intervene militarily in Poland sound equally unconvincing. Only since December 10, 1981, the reports of the federal border guard began mentioning old signals by people leaving Poland in 1981. They predicted the closing of the Polish People’s Republic’s borders already before Christmas, that year. 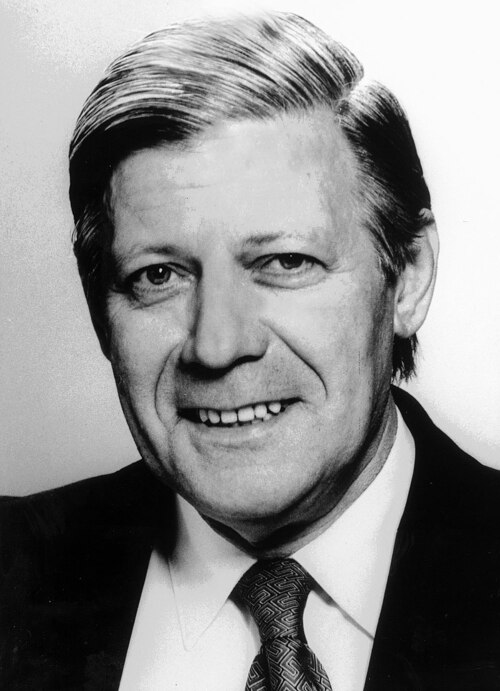 In the files of West Germany’s Foreign Ministry accessible to researchers there is no sign of reports which could have been based on the messages delivered to the United States of America by Col. Kukliński. Although, even if they were there, it does not seem like they would have changed the fundamental approach of West Germany. Since August 1980, every variant of the development of the situation in Poland was bad for West Germany. In the case of the Solidarity Movement’s victory, as mentioned before, its authorities feared the rapid outbreak of social unrest in Eastern Europe. Since no one had any doubts that such unrest would be brutally pacified, the costs of such pacification would quickly become a major issue as a new stage of the Cold War would set in. The second variant, meaning some form of eradication of the Solidarity Movement, was also undesirable. Apart from the unpredictable reaction of the USSR, in this scenario East Germany would have wanted to take the place of the Polish People’s Republic in the Warsaw Pact, which in turn would directly affect the Federal Republic. It worked towards uniting Germany, not building the strength of East Germany. Political stabilisation counted the most for the government in Bonn, regardless of the number of victims among the Polish workers.

The primacy of stabilisation

Was the attitude of West Germany solely cynical then? Not entirely. The primacy of stabilisation meant doing everything to avoid a military intervention. How? Through diplomatic and military messages stating that the intervention would be too costly. The USSR was to first and foremost miss the most convenient time for an invasion, meaning the end of the year 1980. Secondly, in the case of an invasion, next to a national uprising and the need to engage at least 30-40 divisions, the cost of an actual occupation of the Polish People’s Republic would be around 10 billion US dollars annually. Such a price for the country which had already been waging war in Afghanistan could have been too high. Besides, in agreement with the US State Department, West Germany tried to avoid doing anything which could give the Communist Party of the Soviet Union arguments for an invasion. This meant backing away from diplomatic initiatives of the Helsinki Agreements, but also attempts, while in talks with the representatives of the Catholic Church in Poland, at toning down the political postulates of the Solidarity Union. The latter proved to be rather ineffective as the Solidarity Congress published a special message for all workers in Eastern Europe. Nevertheless, the fact remains that a foreign invasion did not come to be.

Did West Germany’s embassy, however, believe that the crisis could have been resolved with peaceful methods? Also, not entirely. Cooperation between workers and intelligentsia in a common fight was deemed too dangerous by the Polish United Workers’ Party. It had to end with a firm reaction and use of some form of violence. The economic situation was drastically poor. The Solidarity Movement was to have no constructive economic solutions to offer. Since 1981, rapid spikes in aggression towards the officers of the uniformed services had been noted and there were clear signs in the Communist party’s press to “bring back public order”. General Jaruzelski, as a figure publicly referring to national and patriotic feelings, but also enjoying some form of support in Moscow, was able to provide a difficult, but real stabilisation, even with the use of violence. The diplomacy of West Germany needed nothing more.