Jack Nicholson wearing a Solidarity pin next to Jessica Lange in Cannes in 1981 (Photo: Jerzy Kośnik from the Collection of the European Solidarity Centre)
POLECAMY
Share
Retweet
E-mail
Artykuł

Historical era
(1980-1990) Epoka Solidarności
Author: ARTUR KUPRIANIS 08.09.2021
The Solidarity Union, from the beginning of its existence, caught the attention of the entire world. It quickly became the symbol of freedom, thus causing the introduction of martial law to be widely condemned.

And it doesn’t only mean the official response of foreign state authorities (the United States and many other countries imposed economic sanctions on both Poland and the USSR), but also the multi-thousand manifestations in London, Paris and New York condemning the authors of the martial law and demanding for Solidarity to be brought back and the political prisoners to be freed.

U.S. president Ronald Reagan established the “Day of solidarity with Poland” on January 30th 1982, while the Times magazine chose Lech Wałęsa as 1981 Man of the Year. In this situation, the engaging of the the world of culture and pop-culture in the moral support for the democratic opposition in Poland was not surprising.

In the following months, this lively movement of support did not die down. It organised, among other things, humanitarian aid. U.S. president Ronald Reagan established the “Day of solidarity with Poland” on January 30th 1982, while the Times magazine chose Lech Wałęsa as 1981 Man of the Year. In this situation, the engaging of the the world of culture and pop-culture in the moral support for the democratic opposition in Poland was not surprising.

In the beginning of the 1980s, the rock band U2, created in 1976, was only starting to rise to popularity on the music scene. 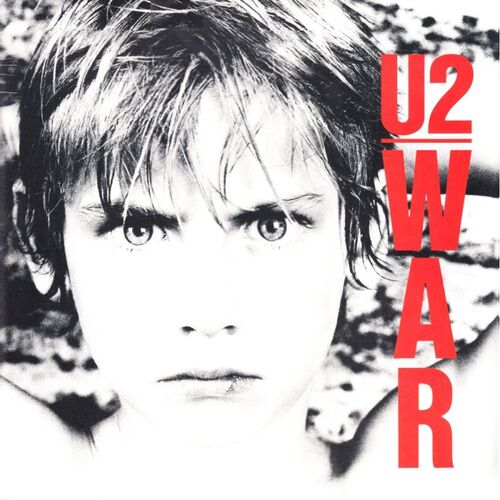 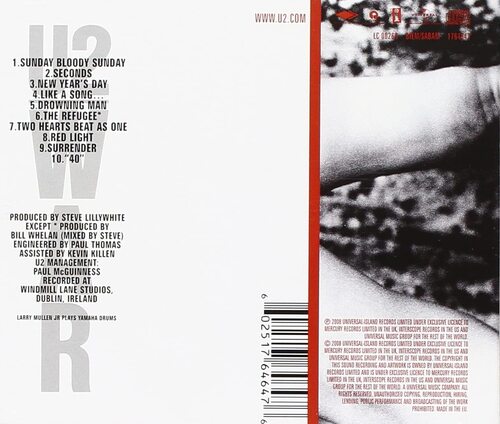 The lead theme of the third album of the young Irish musicians was war. The lead singer of the band, Bono, recalled:

“Wherever we looked, from the Falklands, through the Middle East to South Africa, everywhere was war. What better way to name the album on these times? War is not about tanks, bombs or handguns. It’s about the everyday reality of families destroyed by wars all over the world.”

Indeed, the War album included several songs on political and social subjects. In the song The Refugee, we hear about the influence of war on family life, while in Seconds about the threat of nuclear war. 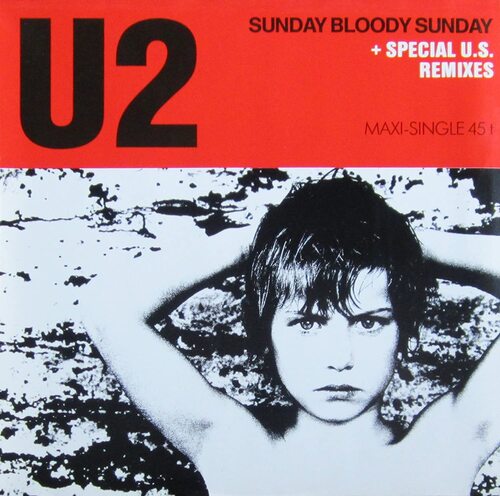 This is due to the fact that the Island record company decided that the subject is too controversial and could negatively impact sales and popularity of the new U2 album, especially in Great Britain. Hence, they decided to choose the song New Year’s Day.


The crisis in Poland came at the time of the escalating Cold War, caused on one side by the Soviet intervention in Afghanistan, and on the other by the progressing nuclear arms race. However, there are no direct references to the situation in Poland in the verses of New Year’s Day.

The way this song was created was very characteristic for the U2 band.

“Every time (…) I was singing different verses and Steve Lillywhite [album’s producer] chose the ones who are there today. I came up with all of them by the microphone.”

There are those who believe that the song New Year’s Day was written as a piece on love, devoted to Bono’s newly wedded wife, Alison Stewart. However, it does not necessarily have to be the truth, since there is another song about love on the album: Two Hearts Beat As One, clearly dedicated to Bono’s wife and written earlier than New Year’s Day.

According to the band’s singer, the song tells the story of Lech Wałęsa and his wife Danuta, separated from each other during the imprisonment of the leader of the Solidarity Movement.

“Although I didn’t realise that at the time, I was actually writing about Lech Wałęsa - Bono said. When we were recording the song in 1982, we found out that the martial law in Poland will be suspended on New Year’s Eve. I couldn’t believe it. It really was extraordinary.”

Adam Clayton, the band’s bassist, described the song as a show of respect for Solidarity. The lyrics for the song were written when Wałęsa was still in isolation. He was set free on November 14th 1982, while the martial law was suspended at the end of the year, and finally abolished on July 22nd 1983. These events added to the popularity of the song, which, at the time of its publishing in January 1983, was still very up-to-date, almost journalistic in its reception. As it often happens in U2’s songs, the text of the musical piece is scattered. The snow, appearing in the second line (and later in the musical video for the song), according to the artist is a symbol of surrendering. Still, the song:

“Is about having faith that change can be achieved and that one can survive in the face of adversity.”

Though torn in two, we can be one?

The line Nothing changes on New Year’s Day paradoxically pointed to the actual scope of suspending the martial law. Not much changed for Solidarity. The rules of general Wojciech Jaruzelski remained unscathed.

Rock’n’roll became the way to not only have fun, but also to talk about the human fate in a wider context, touching on subjects of history and politics.

The Sejm adopted a bill on “special legal regulations during the suspension of martial law”. On its basis, the repressive rules of the martial law were kept in place and the social initiatives were efficiently pacified under a blood-red sky. Even though, the artist expressed hope for the future (And we can break through, Though torn in two we can be one).

The song New Year’s Day was performed publicly for the first time on December 1st 1982. It was a huge success for the Irish rock band and instantly took the top spots of English and American hit lists. The aforementioned music video for this song was shot in northern Sweden, as this is how the artists imagined winter in eastern Europe. Naturally, during these times it was impossible to come to Poland and record a video.

Rock’n’roll became the way to not only have fun, but also to talk about the human fate in a wider context, touching on subjects of history and politics. 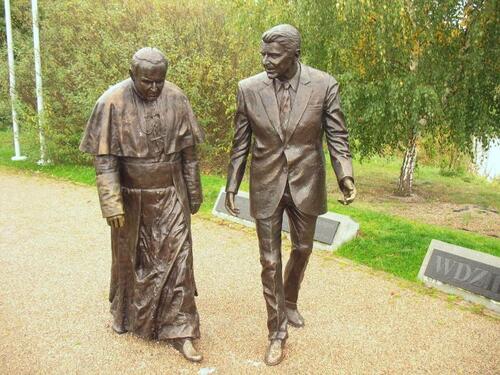 Statues of pope John Paul II and U.S. president Ronald Reagan in the years 1981-1989 in Gdańsk