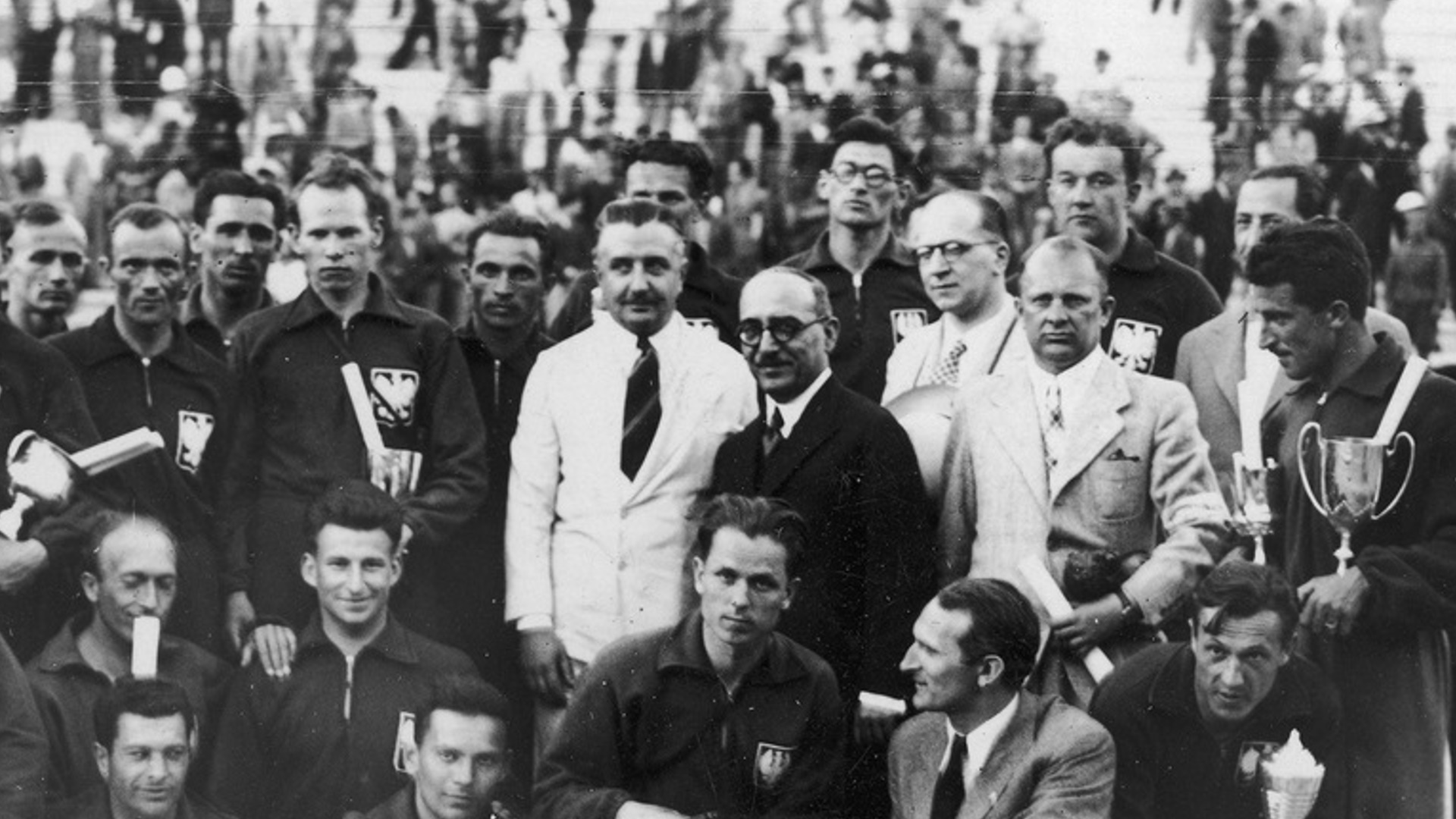 Author: ALICJA GONTAREK 14.07.2021
When the Second World War broke out Greece announced its neutrality, but in October 1940 Italian dictator Mussolini demanded from general Ioannis Metaxas, who introduced military dictatorship in the country, to allow the Italian army to enter Greece.

The Greek leader responded with a single word - ochi, meaning „no” in Greek and with the help of Great Britain he managed to push back the Italian advance. In honour of his words, Greece celebrates a national holiday on October 28th, called the Ochi Day.

Partitions of Greece in 1941

Greece was attacked once again in April 1941. This time it had to face not only the Italian but also the German army which forced it into surrender. The victorious German campaign led to the partition of the country to three occupation zones: the German, Bulgarian and Italian ones. The Third Reich took over Athens, Thessaloniki and western Macedonia, Crete, several islands at the Aegean Sea as well as a strip of land near the border with Turkey. Bulgaria took western Thrace and eastern Macedonia. The rest of the Greek territory belonged to the Italians. 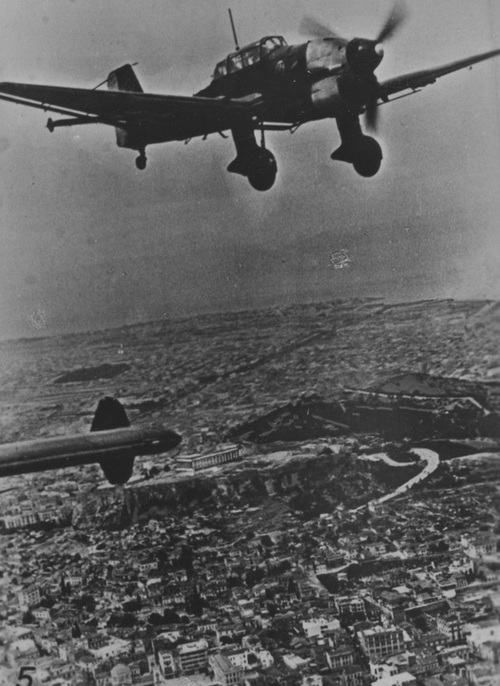 German bomb plane “Stuka” drops a bomb on Athens during the invasion of Greece, 1941 Photo: NAC

Polish embassy operated in Athens since 1919 and was headed by Władysław Günther-Schwarzburg (1885-1974) between 1936-1942. He came from a family of landowners. In 1908, he finished his studies at Sorbonne, receiving a PhD in philosophy. He worked as a diplomat since 1918.

The director of the embassy continued to be active up until the course of the war brought the end to the Polish embassy in Greece in April 1941. Among the many tasks performed by Günther-Schwarzburg was also organising help for the Jewish refugees of Polish origin. This part of his work has not been known until recently. 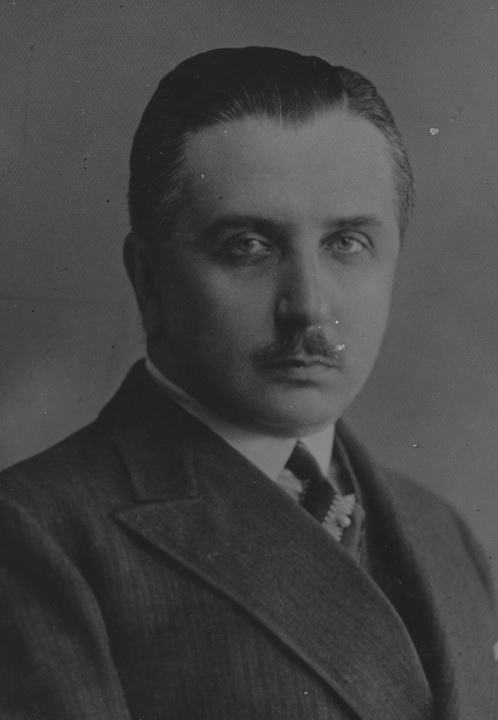 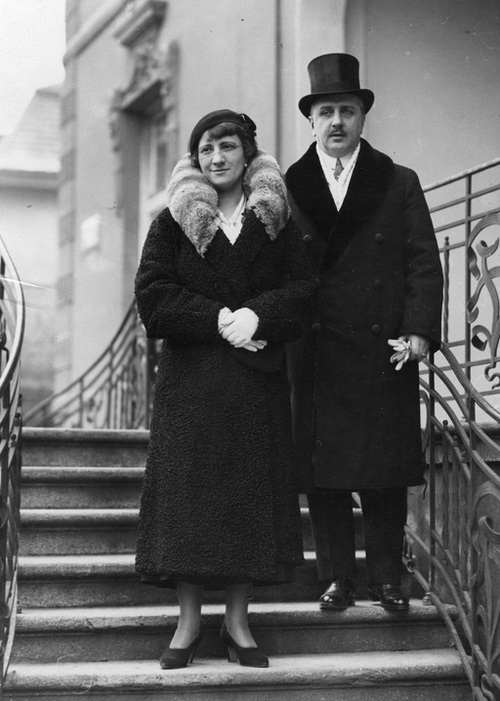 Władysław Günter-Schwarzburg with his wife during his term of office as extraordinary envoy and Poland’s proxy minister in Yugoslavia. Photo: NAC

According to the data available to the diplomat, until 1941 there had been between 30 to 130 Polish Jews in Greece, in various months of that year, from the 100 to 194 Jews in general. The wide range of numbers is not that surprising given the fact that the number of refugees was constantly changing over the course of the war. However, the Polish envoy emphasized that people of Jewish nationality were the majority of refugees in Greece.

The Polish envoy believed the entire Jewish population in the Balkans should leave particularly to the Palestinian territories. It seemed like the easiest solution for the Jewish troubles in this part of Europe to many Polish diplomats in the face of the German threat. Thanks to such evacuation, hundreds of Jewish lives could have been saved.

Unfortunately, we don’t know where had these Jews come from and we don’t know their escape routes; nonetheless, upon arriving to Greece, most of them most probably stayed in Athens and the nearest areas. Some of them had Greek visas which they acquired illegally.

The Polish ambassador had already begun working towards helping them escape from Greece in February, and later in November, of 1940. As he observed, the Jews were especially treated with suspicion by the Greek authorities; moreover, he complained the Embassy „couldn’t spare a penny” for the civilian refugees, giving him extra motivation for organising their safe evacuation. He planned to coordinate the operation with the British officials in Greece in order to transport the Jews to Palestine.

What’s interesting, he believed the entire Jewish population in the Balkans should leave particularly to the Palestinian territories. It is worth noting this idea, because it seemed like the easiest solution for the Jewish troubles in this part of Europe to many Polish diplomats in the face of the German threat. Thanks to such evacuation hundreds of Jewish lives could have been saved. 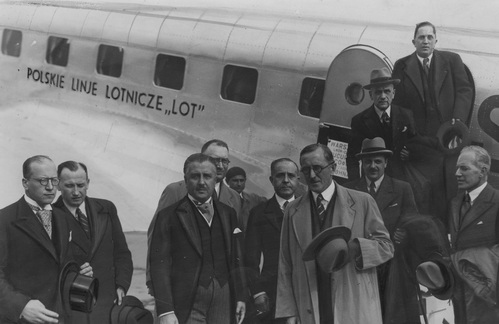 Unfortunately, the British government, which had the means to organise these trips or substantially help with them, did not find the project (raised not only by Günther-Schwarzburg but also by the Polish government-in-exile) worthy of attention. At the end of 1940, the British decided that the Palestinian destination was “exhausted and filled with Polish emigrants”, hence they only took under consideration the emigration of Polish Jews from various European countries to Mumbai. However, nothing came to fruition from the 1940 plans.

The British had issued a secret order banning officials from providing visas for Polish civilians not engaged in the war effort. The Polish embassy was fooled by deceitful and untruthful British promises. It caused great exasperation among the members of the Polish diaspora and even loud protests.

It is worth stressing that the matter of Jewish refugees became a major issue for Greece no sooner than in winter 1941, and actually not only for the Polish side, because in February of the same year all diplomacies, including the British one, had to face the Greek authorities which demanded for all the Jews to leave the country. However, this did not influence the British blockade of the Palestinian destination.

The British stance was formally changed after the Third Reich attacked Greece. Then, on the request of the Poles, the British proposed to transfer 100 Jews to Palestine and thirty more to Myanmar (Burma). This concept, unfortunately, was never realised too, since the British ally, not yet understanding the weight of its decisions, only gave false promises to the Polish side. In reality, it never intended to actually aid citizens of other nations, limiting its actions to general promises. This is what the president of the Polish diplomacy in Athens reported on the activities of the British. 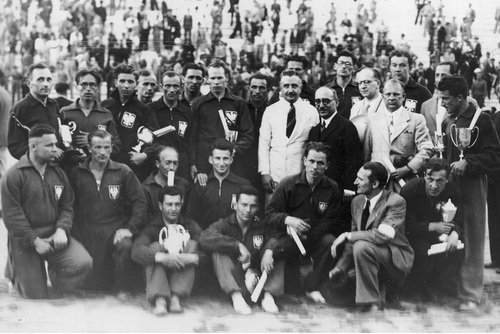 Polish ambassador to Greece Władysław Günter-Schwarzburg with Polish sportsmen, the winners of the triathlon Greece – Poland – Czechoslovakia in Athens, May 1937 Photo: NAC

In light of the lack of interest of the English side in the fate of the Polish Jews, ambassador Günther-Schwarzburg attempted to organise a departure for his protégés on the sea ship “Warsaw” in April 1941, but he faced undefeatable challenges – he could not get neither Palestinian nor Egyptian visas for them, since their issuing was co-decided by the English. Moreover, a month earlier, the British had issued a secret order banning officials from providing visas for Polish civilians not engaged in the war effort. Therefore, the embassy was fooled by deceitful and untruthful British promises. It caused great exasperation among the members of the Polish diaspora and even loud protests, especially since the protégés of  Günther-Schwarzburg observed helplessly as the British citizens escaped without them.

I ask for the fourth time…

The Polish diplomat, wanting to protect the Polish group from the coming threat, appealed for the visas to the foreign ministry in London several times, especially for Jews:

“For the fourth time, I ask you to maximise your efforts in getting the order to take Poles away from Greece.”

Since he was a very determined person, he received a firm response from Polish foreign minister August Zaleski:

“Please seize sending visa complaints to both the British and Polish governments. Both these governments, as one can figure, have other problems than visas. Despite that, they are doing everything they can to help the refugees.”

This answer, however, did not mean that the Polish government stopped appealing for visas – on the contrary, it fought for them until April 7 1941, but these attempts did not bring any effects due to the dependence on the British government in this matter. 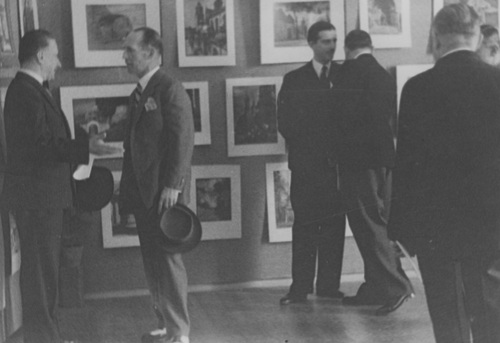 Unfortunately, we do not know whether the Polish refugee group managed to escape Greece. Günther-Schwarzburg alone had limited ways of helping them, because he soon had to leave the country himself. He first went to Crete, and then to Cairo. He served the rest of his mission since mid-April 1941 to January 1942 with the Greek government-in-exile in London. At the beginning of the year, he was replaced by Roger Adam Raczyński (1889-1945). However, we do not know anything about his work with Jewish refugees yet. Even still, research on Polish diplomats helping Jews are speeding up, and it is still possible that these matters will be brought to light.