Poles against the Kaiser. Fighting of the White Legions at the Russian front between 1915-1917

Author: WOJCIECH JERZY MUSZYŃSKI 22.05.2020
The fighting of the Polish soldiers at the battlefields of the First World War alongside countries of the Entente are little known today. Not a lot of people realise, that even before the Blue Army of General Haller, counting a hundred thousand soldiers, was created, the First Polish Legion had marched to fight against the Germans in 1915.

The said Legion, formed in Warsaw and Puławy (hence it was often called Puławski), became the seed from which many Polish military formations in Russia bloomed counting over 50 thousand soldiers in 1918.

The volunteers from the Puławski Legion, even though having worn Russian uniforms, were fully-fledged Polish patriots and their goal, as they declared, was the fight for a united Homeland, free from the three occupiers. Their leftist political opponents accused them of “Moskalophilia”, “serving the Tsarist autocracy” and… wearing the Tsarist distinctions. These accusations were thrown by those who, at the same time, supported Germany by creating their own legions at Galicia in alliance with Vienna and Berlin. They themselves were often decorated with the German Iron Crosses which they wore on their uniforms and saw nothing wrong in it. 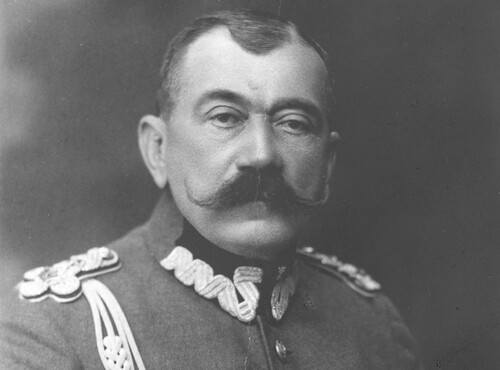 The Polish formations in Russia, contrary to the Galician legions, did not have an easy start: soldiers with no earlier training had to get experience in battle paying for it with blood. They had to deal with the lack of supplies and trust from the Russian military. The Legionnaires were forbidden from using their national symbols, and many Russian commanders did not acknowledge the Polish character of the formation, calling it not a “Polish” one but a “Polesh” one. Nonetheless, the Legionnaires remained in the army’s ranks believing that out of the two evils the Germans were the bigger threat to the Polish cause.

White Legions, so not “red”

The White Legions, since this is how the Puławski Legion was commonly referred to, already in 1914, in contrast to the “red” legions of Piłsudski – had some luck in terms of the commanding cadres. The officers assigned to them, mostly professional soldiers of the Tsarist army of Polish origin, turned out to be not only Polish patriots but also good tacticians and did not fail even in the most difficult of situations. Among them, were those who later became exceptional commanders of the Polish Army: Jan Rządkowski – the founder of the Lithuanian-Belarussian Division or Lucjan Żeglikowski, who retook Vilnius in 1920.

The Legionnaires went through a true blood bath while fighting against the Germans during the 1915 campaign. Their baptism of fire took place on May 20th 1915, near Pakosław, during a night attack on the German positions. It was a small Lenino of the First World War. The Russian regiments which were supposed to give support to the Poles did not leave their trenches, and the Puławski Legion took heavy casualties in a bloody fight against the overwhelming forces of the enemy, ending up with more than 100 dead and wounded. No more than a month later, on June 16th, they took their revenge on the Germans near Michałów, inflicting heavy losses on them. Then came the next battles, in which Poles mainly covered the retreat of the Russian forces from Congress Poland. By the end of the summer, a little over a hundred soldiers remained from the unit originally counting a thousand Poles.

Brigade and Division of Polish Riflemen

In autumn 1915, the Legionnaires were sent to Babruysk where they formed the Brigade of Polish Riflemen. In spring 1916, the brigade was assigned to the front near Baranowicze, at the Nowogrodzkie province. This frontline turned out to be quite peaceful and the soldiers managed to avoid greater battles till the end of the year. In 1917, a decision was made to restructure the Polish troops into the Division of Polish Riflemen. At the same time, a small troop of Polish uhlans, until earlier accompanying the infantry, was transformed into the Regiment of Polish Uhlans. Both units were sent to Eastern Galicia where they were to support the last Russian offensive of the First World War. 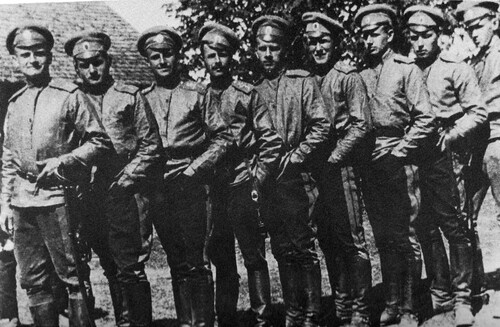 Poles ended up at the front in the summer of 1917, when the Russian army was in a state of total demoralisation. Entire regiments dropped down their weapons while fleeing from the front or surrendered to the Austrians. Meanwhile, the Polish division gave it their all to defend their positions near Brzeżany. The soldiers were ill-equipped, had no artillery division and the Russian batteries, which were supposed to support them, deserted. As a result of the artillery fire with war gas the division suffered heavy losses. What is more, the Russian command decided to disarm it. Nonetheless, the unit did not disperse but quickly regained fighting capability by gathering the weapons and equipment left behind by the retreating Russians. After several days, the Russian command took back its order to disarm the division and, as one of the few remaining units capable of fighting, the Poles were sent to fight at Husiatyń near Zbrucz, where they fought heavily between July and August 1917.

At the same time, the Regiment of Polish Uhlans operated near Stanisławów, protecting the city and its residents from the rapes and robberies by Russian marauders. The captured criminals were hanged and shot by the uhlans. The use of such violent means allowed to bring the situation under control – as the mayor of Stanisławów wrote “Polish soldiers saved  the city”. The city council issued a special, commemorative medal in their honour.

The uhlans could not enjoy the charming landscape of Stanisławów for long. On July 24th, the German-Austrian forces approached the city. The regiment went to battle: on the city’s suburbs, near the Krechowce village, the Polish uhlans charged the overwhelming forces of the enemy three times, inflicting heavy casualties on them and stopping their advance for a few hours. This feat made the regiment famous. The fight for Stanisławów was incredibly symbolical – the uhlans had already fought there against the armies of the three occupiers… After some years, the regiment, already as part of the Polish Army, received the name of Krechowce Uhlans.

In August 1917, both the division and uhlans were sent back to the newly created First Polish Corps in Mińsk and did not return to the front. A new chapter of fighting began for them – this time against the Bolsheviks.