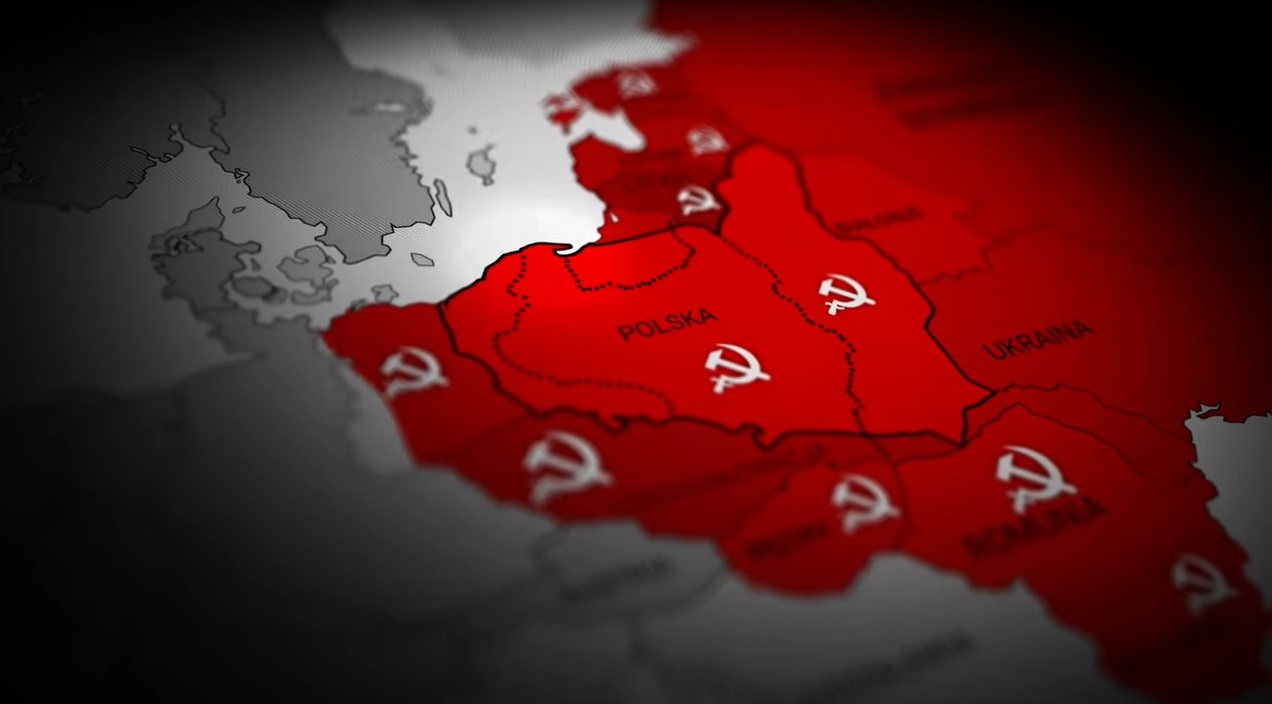 “Poles are not yet allowed to celebrate freedom”

Author: JAROSŁAW SZAREK 11.05.2020
On May 8th 1945, the world celebrated the end of the Second World War – an unimaginable hell started by the aggression of Germany and the Soviet Union on Poland. On the ruins of conquered Berlin, the Soviet soldiers hanged red flags with a scythe and hammer.

“While the joyful bells of victory ring throughout the world of free men, us, Poles, are not allowed to celebrate freedom yet” – stated president of Poland Władysław Raczkiewicz in a telegram to the president of the United States Harry Truman on the day Germany signed its surrender, thus ending the Second World War in Europe. No joy was on that day in Kuryłówka, near Leżajsk: the village was on fire, burned by the expedition of the NKVD (People’s Commissariat for Internal Affairs) as a retaliation for the efficient resistance of the troops of the National Military Organisation a day before. There was also no joy several hundred kilometres north, near Grajew, where the group of Maj. Jan Tabortowski “Bruzda” gathered to take control of the town during the night and free more than one hundred people imprisoned by the Communist Security Department. 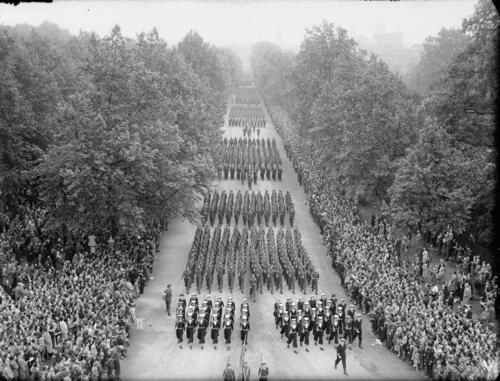 London Victory Celebrations of 1946 to which Poles were not invited, June 8th 1946

The words of the last order by Gen. Leopold Okulicki were coming true – the General who was craftily captured by the Soviets and awaiting trial in Moscow. He wrote, that Poland will be conquered by the Red Army:

“It is not, after all, a victory of the right cause for which we have fought since 1939. In truth – despite the seeming signs of freedom – it means a change from one occupation to another”.

The Communists, since 1917, had always been the masters of creating the appearances of freedom, which the West had seen – or wanted to see – as the representation of reality. The Polish case during the Second World War is only one of the examples of this method.

The Soviet expansion policy was realised by the Red Army which demolished the German Reich, reached as far as the Elbe river and set the borders for a new empire covering central-eastern Europe. Joseph Stalin outright talked about it with the Yugoslavian leader, Josip Tito:

“Who occupies a territory also enforces on it their own social system. Everyone enforces their own system as far as their army can reach”.

We have the Red Army…

The Communists of Polish origin, aspiring to transform Poland into a Soviet republic, used even harsher words. Alfred Lampe, one of the founders of the Association of Polish Patriots, upon hearing about the creation of the Tadeusz Kościuszko 1st Infantry Division shouted – not knowing that it was Stalin’s idea:

“Damn if we need that! We have the Red Army and it will do”.

With these words, he pointed to the main tool used to enforce Communist rules on Poland. Stalin installed his Polish-speaking power base, as he was careful to keep up the appearances before the West. People appointed by him were to create the structures of a Soviet Poland, replacing all those murdered in Katyń, tortured in gulags, killed with German hands, forced to stay in emigration.

When in 1944 the Soviet offensive stopped at the Vistula river and the Germans bloodily dealt with the Warsaw uprising murdering the remains of the Polish elites, Bolesław Bierut returned from talks in Moscow. He gave new orders:

“Comrade Stalin warned us that at this moment we are in a very good situation with the Red Army on our lands, but as soon as it leaves they will shoot us like ducks”.

Only in 1944, as a result of the actions of the Red Army, military counterintelligence called SMERSH and the NKVD, which names put fear into people’s hearts, nearly 50 thousand soldiers of the underground were arrested and its command structures dispersed. Under these conditions, the relief of the end of the war in Poland was shadowed by the fear of the future under Communist rules.

Karolina Lanckorońska, who until April 1945 was imprisoned in the German Ravensbrück concentration camp, asked the president of the International Red Cross Committee, Carl Jacob Burckhardt what he thought about the feeling of joy prevalent among many in May 1945. He consciously replied: “One head of the hydra was cut off, unfortunately, it was the dumber one”. “How wise was this other head we saw day after day, when our former allies bowed low before the relentless, occupying will of the >>Great Eastern Ally<< and stressed its >>rights<< to half of the Polish lands, and for the other half they acknowledged a puppet >>government<< with a >>president<<, whose name no one even remembers to this day, leading it” – recalled Lanckorońska.

The other, red head of the hydra for dozens of years perfected the use of brute force and lies. In time, it lost its strength, but the lie stands to this day.