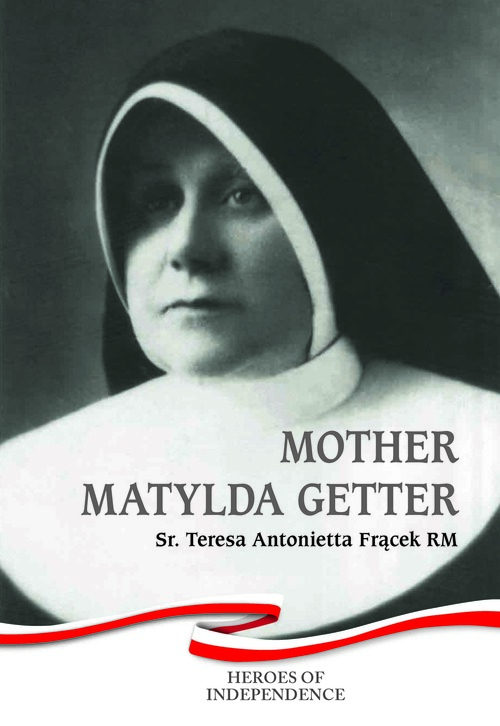 She is deservedly among the outstanding representatives of the Polish nation. During World War II she saved over 750 Jews, more than 500 of which were children.

A nun from the Franciscan Sisters of the Family of Mary (RM) Congregation, Mother Matylda Getter was the founder of twenty-five educational and care institutes, honored in the fields of education and charity, decorated with the Order of Polonia Restituta (1925), the Gold Cross of Merit (1931), and the Gold Cross of Merit with Swords during the Warsaw Uprising (September 27, 1944), as well as posthumously with the “Righteous Among the Nations” medal (1985). For eighty-one years she shared the fate of the Family of Mary congregation and influenced the direction of its development, working in positions of responsibility as a teacher, caregiver, and mother superior of convents in Odessa, St. Petersburg, Warsaw, and the Warsaw Province.