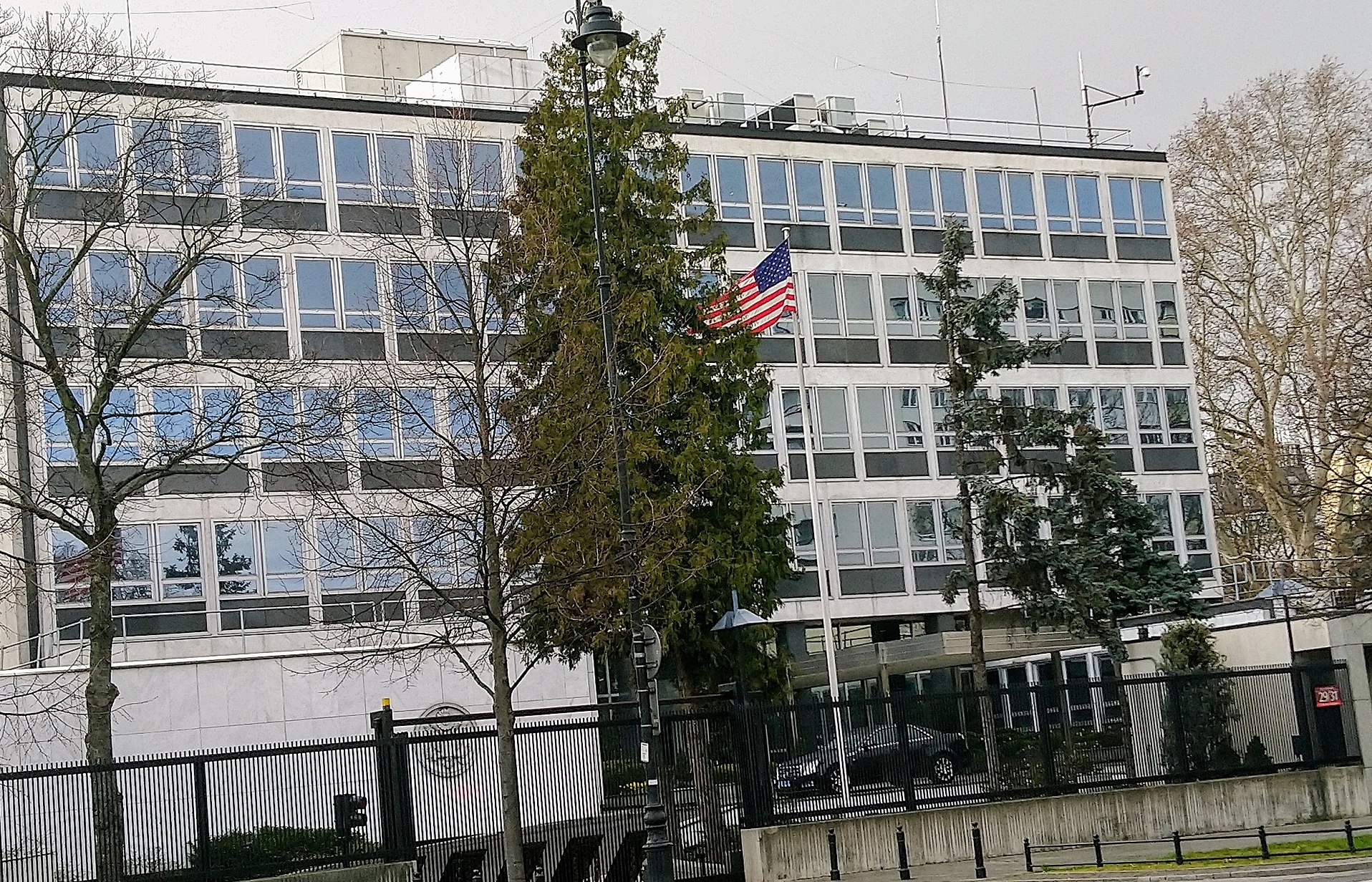 Solidarity’s Poland in the eyes of American diplomats

Rafał Leśkiewicz: The Institute of National Remembrance has issued your latest book, titled American-style carnival. US diplomatic facilities in the Polish People’s Republic on the events between August 1980 and December 1981. It is a collection of documents with a substantial introduction. Why could reactions in the US to the events happening in Poland during the Solidarity carnival be especially interesting to readers?

Patryk Pleskot: Just like today, the US was the most important part of the North Atlantic Alliance 40 years ago, when it was competing with the Warsaw Pact in the Cold War. Hence, events taking place in Washington were carefully observed in Moscow. And since they were observed in Moscow, they were also watched in other satellite countries, including the Polish People’s Republic. The American diplomatic representation, meaning the US embassy in Warsaw and the diplomatic facilities in Poznan and Cracow, remained the “apple of the eye” of the communist counterintelligence. From today’s perspective, it is interesting to see that the United States, at least on a propaganda level, was once our biggest enemy, and now it is our main ally. It is also a perfect example of how big of a role, and often a controversial role, the American embassy has in current Polish politics.

RL: What was the main source for your book?

PP: The answer to this question is a little more complicated. The main source are the American documents from 1980 and 1981, meaning first and foremost the contents of diplomatic letters and the correspondence between the three US embassies. The Polish readers receive a translation of these documents, which were prepared up to date by a special communist counterintelligence cell which was able to steal the diplomatic correspondence for at least several dozen years (somewhere since 1975). It actually managed to steal more than American letters, and sometimes it also penetrated the embassies themselves, or at least the one in Cracow.

RL: How did the internal diplomatic correspondence end up in the hands of the Security Service?

PP: This remains a mystery to an extent. We are certainly dealing here with one of the biggest successes in the entire history of counterintelligence. Several dozen years of regular penetration of the diplomatic correspondence of various western nations - that is impressive! The post was kept at the Okęcie airport where all letters had to go through customs. Officially, it was not allowed to touch the diplomatic correspondence, however, the counterintelligence officers set up a special hidden room where, to the knowledge of the customs officers, they tore the seals, took pictures of what they could, and than resealed the letters with special “replacements”. It seems that the Americans did not realise this was happening throughout the entire existence of the Polish People’s Republic. I am still attempting to uncover the entire process, many unknowns remain to this day. Moreover, as I have mentioned before, the counterintelligence sometimes managed to break into the rooms and even safes of the American embassy in Cracow. There are even pictures of such penetrations. It is still unclear, however, how exactly they managed to do that or whose help they had. To be fair, it is worth noting that the counterintelligence most likely never reached the top secret materials produced by the CIA cell in the embassy, whose existence was not really anything extraordinary.

RL: Do the documents published by you allow us to see the scale of invigilation of the American diplomats by the communist Security Service?

PP: They most certainly add to the bigger picture. In my previous book entitled A diplomat, or a spy? [original title: Dyplomata, czyli szpieg?] I showed that the counterintelligence attempted to control everyone with a diplomatic passport, mainly through observation, but the limited resources forced it to search for the so-called “dummies”. We now know that analysts of the second department of foreign ministry’s counterintelligence also had constant access to information from inside the embassies. 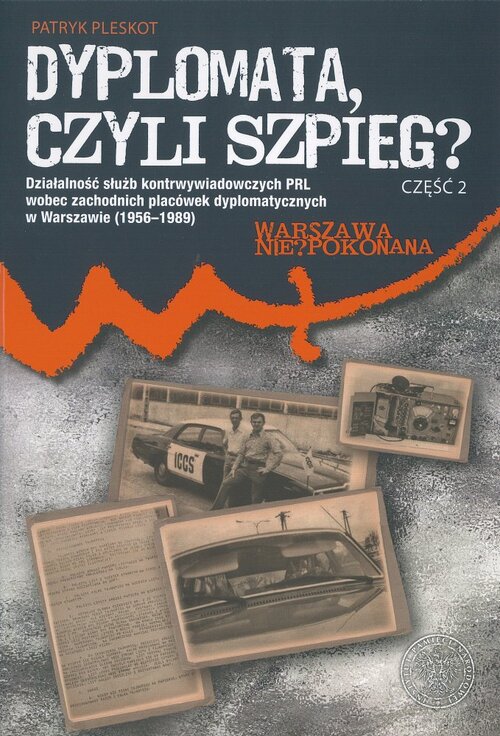 Patryk Pleskot, "A diplomat, or a spy? The activity of Polish People’s Republic counterintelligence services towards Western diplomatic missions in Warsaw (1956–1989), part I: Generalia” 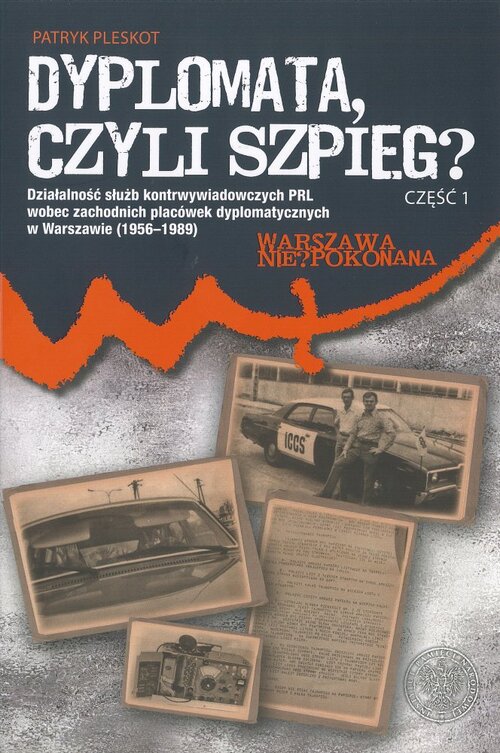 RL: What is in the reports and information prepared in Warsaw and directed to i.e. the US State Department from the time of the “Solidarity Carnival”?

PP: The easiest thing to say would be - everything. What I mean is that the American were interested in everything that was taking place in the Polish People’s Republic. They were “omnivorous”; they tried to to communicate not only with Solidarity’s activists, but also with officials from the communist party, not to mention journalists, intellectuals, priests… As a result, we can find various themes in the documents: from the back-stage fights for power in the communist party, through atmosphere in individual groups and communities, the situation in the Catholic Church and activities of the opposition, to minute details like the intensity of traffic on roads and at airports, the price of a gallon of gas, the long queues in front of stores, the slogans on the walls or… how thick was the moustache of Lech Wałęsa.

RL: What was the general view of the American diplomats on the situation in Poland in 1980 and 1981?

PP: I believe that the judgement of the American embassy was a little more optimistic than generally in the administration of newly elected president Ronald Reagan (who took office in 1981). Naturally, they noted the deep economic crisis, the social unrest, the clinch between the Solidarity Movement and the communist party, and the threats of the USSR, but already in November 1981 they counted on the fact that talks between all sides could end with success.

RL: What surprised you the most during your read through the documents you now published?

PP: I guess it was the certain helplessness of the diplomats and the somewhat limited level of knowledge on what was happening in Poland. It was difficult for the Americans to infiltrate the workers’ community, and they often based their opinions on poorly representative sources. I would even go as far as to make a hypothesis that the then ambassador Francis J. Meehan found it difficult to operate in this unprecedented situation which was the “Solidarity Carnival”.

RL: Thank you for the interview.