Author: Waldemar Grabowski 05.10.2020
Did the British and French air forces limit their combat flights to dropping leaflets over the cities of the Third Reich in September 1939? Such view was formulated in science and popular science articles.

In the work of the well-received and renowned author, prof. Wojciech Roszkowski, we may find only a small mention of the operations of the British and French air forces.1 Emigration historian Józef Garliński wrote some more on the topic. However, even he failed to avoid mistakes by stating:

“The British flew over the Third Reich only to drop leaflets appealing to stop the war. […] Only once was there a combat flight targeting the German navy base at the Helgoland island and suffering heavy casualties.”2

A different picture of the activities at the western front can only be found in some publications.3

Perhaps the Polish historians, in formulating their opinions, followed the evaluation of one Edgar James Kingston McCloughry, the deputy commander of the British air force. After all, he wrote in his memoirs: “the activity was limited to dropping leaflets”4. The problem is, he used this remark as a reference to the “main drop of strategic air force” and not to all the operations of the Royal Air Force. 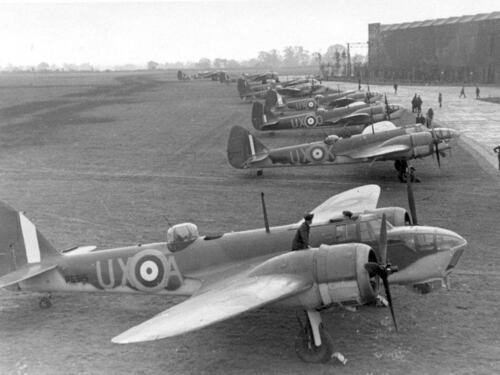 The British did not only drop leaflets on Berlin. On the night from September 3rd to September 4th 1939, ten Whitley bombers from squadrons 515 and 586 made their first raid on Germany, dropping around 6 million leaflets over Hamburg, Bremen and Ruhr. The operation of dropping leaflets was conducted intensively for the first two weeks of war.

The British had been preparing for the propaganda war for several years prior. According to the decisions of the air force command, made in September 1938, the leaflet operation was to begin immediately after the declaration of war and before bombing the enemy territory.

The first English leaflet was the two-page Warnung dropped on the night from September 3rd to September 4th, and September 8th to September 9th 1939.7 The British had been preparing for the propaganda war for several years prior. According to the decisions of the air force command, made in September 1938, the leaflet operation was to begin immediately after the declaration of war and before bombing the enemy territory. In September 1938, the short text of the leaflet was prepared, entitled “A Message to the German people from the British people”. In April 1939 it was decided that the leaflets were to be dropped over highly populated territories (without major risks of losing planes). The operation “Nickel” was to be conducted from Great Britain, with auxiliary airfields in France where the Blimp Squadron no 1 “M” was to be stationed at as well.

The air operations of dropping leaflets became limited after September 16th due to critical remarks made not only by Poles. The inadequacy of the British actions was the main subject of criticism, since at the same time the Germans relentlessly bombed Polish cities and villages with impunity. The British Supreme Command decided to seize dropping leaflets on September 19th, but already after two days changed its mind. From that point onward, the Royal Air Force conducted such operations two to three times a week.

The British also began combat flights, mainly directed at the German navy, since they feared that the Kriegsmarine would block the British Isles. The admiralty and Royal Air Force prepared the plan “W.A.7(a)”. Hence, at the Wyton air base, there was a Bleinheim prepared with an observer of the Royal Navy ready to do photographic reconnaissance of the ports in the north of Germany, already on September 1st.8

Since September 2nd, 6 squadrons of Hampden planes were put to combat readiness for an hour. In the evening, the bombers’ command was informed that around midnight war would be declared on Germany. The first strike was to be aimed at Wilhemlshaven.

The declaration of war came at 11:15 am on September 3rd and at 12:03 one Blenheim Mk IV N6215, piloted by F/O Andrew McPherson from the 139 Squadron, took off to gather intelligence on the German ports. The message about the observed warships was jammed, due to which it was only handed to the command upon landing at 4:50 pm.9

Since September 2nd, 6 squadrons of Hampden planes were put to combat readiness for an hour. In the evening, the bombers’ command was informed that around midnight war would be declared on Germany. The first strike was to be aimed at Wilhemlshaven.

At around 6:15 pm eighteen Hampden planes (4410, 4911, 5012 and 8313 squadrons) and nine Wellington planes (3714 and 14915 squadrons) were sent into action. The Wellingtons returned to their bases at 10:44 pm, while the Hampden planes only around midnight. The German warships were not found due to storms and darkness.16 Since 8:00 am the next day, 27 Blenheim planes from 10717, 110 and 139 squadrons were in one-hour alert. Eight observers from the RAF Coastal Command were also to partake in the operation.

The British made another attempt to bomb the German base in Wilhemshaven on September 4th. Fifteen Blenheim planes and fourteen Wellingtons from two squadrons (9 and 149) were sent to action between 2:40 and 4:10 pm.

These actions were very ineffective. In the documents referenced ten years ago by Robin Holmes it was written:

Three Blenheims from the 110 Squadron attacked the heavy cruiser “Admiral Scheer”. As a result of their raid four bombs hit the ship, but did not explode. 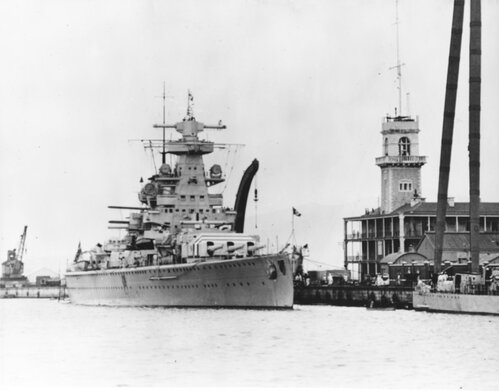 Among others, cruiser “Emden” was damaged. It is worth noting that five Bristol Blenheim planes did not come back from this operation.20

In The Bomber Command War Diaries about the operations from September 4th it was written:

“Following the initial reconnaissance conducted by a Blenheim, 15 Blenheims and 14 Wellingtons were sent to bomb the German warships. Five planes from each group did not find their targets due to low clouds. Most of the remaining Blenheims conducted low altitude attacks on the <<Admiral Scheer>> and <<Emden>> cruisers. At least three bombs fell on the <<Admiral Scheer>> cruiser, but did not explode; <<Emden>> was damaged and suffered some casualties when a Blenheim crashed on its deck. Five Blenheims were shot, all or most of them by the AA artillery; 107 Squadron lost four of its five planes. The Bomber Command is certain that the victims of war were: Lt pilot W.F. Barton and his crew (Lt J.F. Ross, Cpl navigator J.L. Ricketts, radio operator/gunman of the 107 squadron). They all died, since Blenheim N6184 was shot down by the artillery of the <<Admiral Hipper>>. There is not much information on the Wellingtons attacking the ships at Brunsbüttel, by the mouth of the Kiel Canal. Four crews reported that they found their targets. Due to navigational mistake, two bombs were dropped on the Danish city of Esbjerg, 110 miles north of Brunsbüttel, and two people were killed. Several Wellingtons were attacked by German fighters and two Wellingtons were MIA.”

“On 04.09 came the first raid of the English air force on the sluices of Wilhemshaven and the ships anchored at the port. With great bravery and sacrifice the English came hedgehopping, although they failed to get much success. Along the officers of the submarines we watched this raid from the floating submarine base in Wilhemshaven. The efficient repelling of the attack gave the officers much optimism.”21

Losses in men of the 9 Squadron:

Losses in men of the 107 Squadron:

Losses in men of the 110 Squadron:

Between September 5th and September 6th single Blenheims did the reconnaissance on the German fleet. One flight was unsuccessful due to low clouds. During the second flight, however, several cruisers and destroyers were spotted five miles away from Helgoland. Again, due to problems with radio communication these messages were only handed to the command after the planes had returned from their flights. As a result of the late hour of the day and assumption that the German warships would have long returned to their bases before the planes arrived – the combat operation was not initiated. During that time, six planes from the 49 Squadron and three planes from the 83 Squadron of the RAF awaited in the state of combat readiness at their bases.23 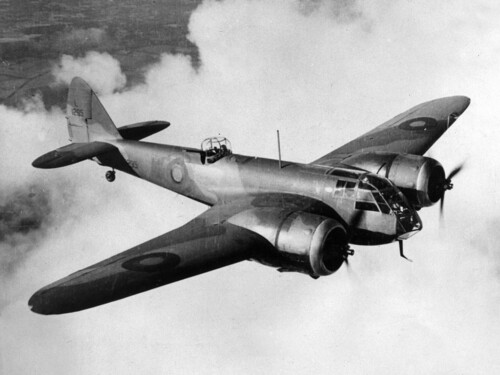 It is in the interest of the Polish state to keep friendly relations with the authorities of the United Kingdom and to cultivate the memory of the shared fight against the Germans. Hence, the authorities of the Republic of Poland should award post-mortem medals to 24 British pilots fallen during the first raid on the Kriegsmarine base. The most appropriate medal in this case would be the Cross of Valour.