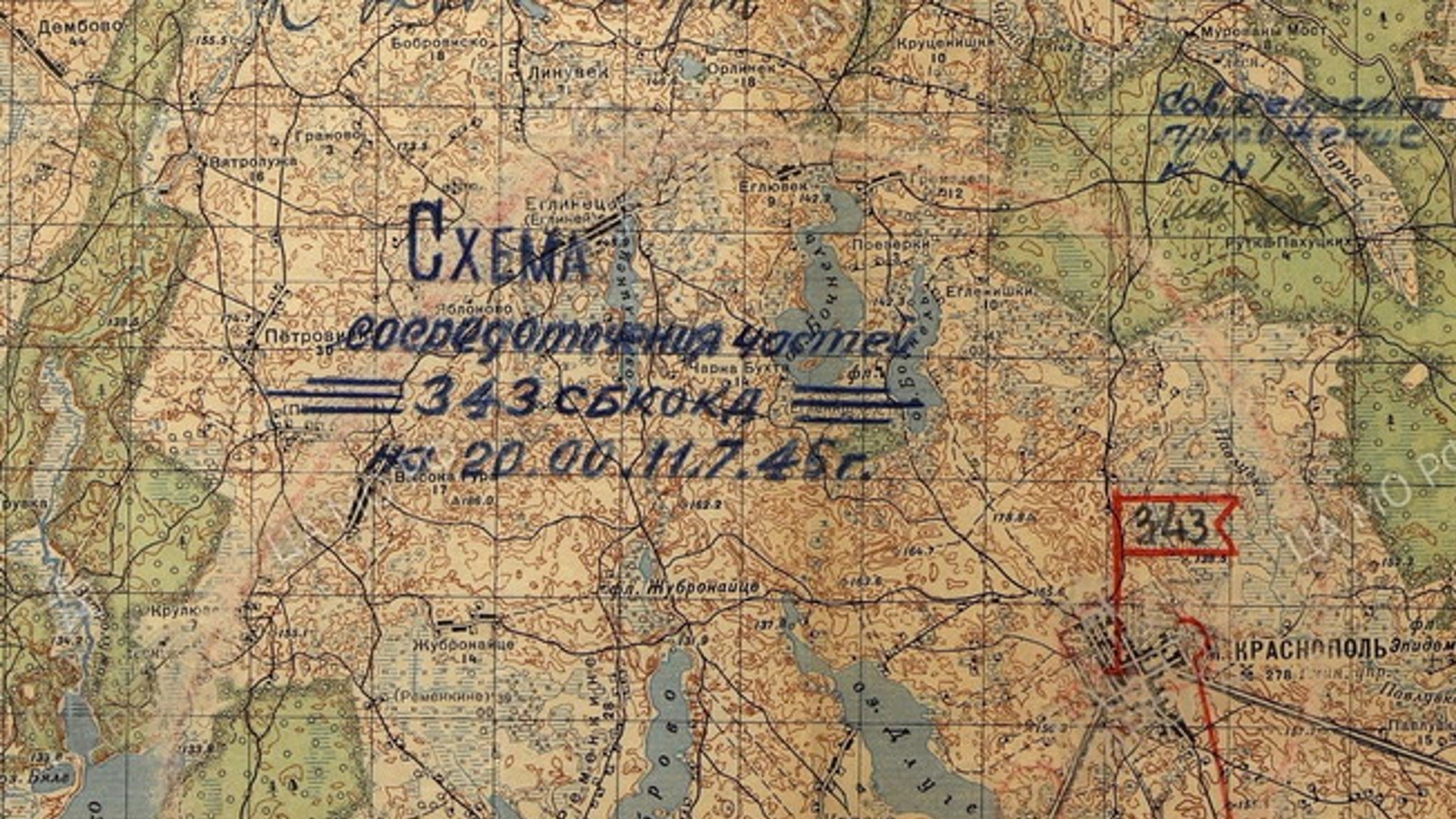 Augustów Round-up – a crime without expiration

Author: JAROSŁAW WASILEWSKI 23.07.2020
The result of the Soviet operation from July 1945, described today as the Augustów Round-up, was the biggest crime committed on Poles after the Second World War. At least 600 Poles were murdered in an unknown location, and the perpetrators remain unpunished to this day.

Why did the Augustów Round-up occur?

The Soviets most probably wanted to get rid of the Polish underground resistance which had a very strong presence in the northern territories of the Białystok province. The end of the war and the beginning of the Soviet occupation in autumn of 1944 did not bring the desired peace for the residents of the Augustów and Suwałki lands. The decisions of the Yalta conference and the order which it brought, leaving Poland to the mercy of its eastern neighbour, for many soldiers of the Polish Home Army, National Armed Forces and other military formations meant they had to continue fighting until the country would regain full independence.

The Polish communist authorities were not even informed on the course and goal of the operation.

In the autumn of 1945, the Polish underground conducted a series of operations in the northern parts of the Białystok province, practically paralysing, except for the bigger cities, the functioning of the communist repression apparatus. The society was generally hostile towards the officers of the new order and was eager to aid the indomitable soldiers. The communist government in Warsaw did not have enough forces to pacify the disobedient territory, where the Soviets had a very important transport line which they used for moving the property robbed in the occupied Eastern Prussia.

“All exposed criminals, (…) are to be killed”

Preparing for the operation, the Soviet authorities brought the front troops of the 50th Soviet Army to the Augustów region and, on July 12th 1945, around 45 thousand soldiers began combing the Augustów Primeval Forest and the nearby villages. The officers of the Regional Public Security Office in Augustów and Suwałki aided them. In the Suwałki region, the 1st Praga Infantry of the Polish People’s Army operated as well, cooperating with the Soviets. However, the Polish communist authorities were not even informed on the course and goal of the operation. The Soviet soldiers systematically combed more and more terrain, stopped whoever they found, and if they suspected them of cooperating with the Polish underground, they kept them in filtration camps, usually located on farms. The remaining memoirs describe how the arrested were questioned, often with the use of torture, to make them admit that they were part of the underground or point to others, engaged in the fight for Poland’s independence. Even though, the partisans operating in this region had been warned about the concentration of the foreign forces and left the dangerous territory, three days after the Round-up began, the Soviets managed to destroy the unit of the Citizens’ Home Army counting nearly 170 people, led by sergeant Władysław Stefanowski codename “Grom”, which was still hiding in the Augustów Forest, near the Brożane lake. The fight ended with the death of three and imprisoning of 48 partisans. 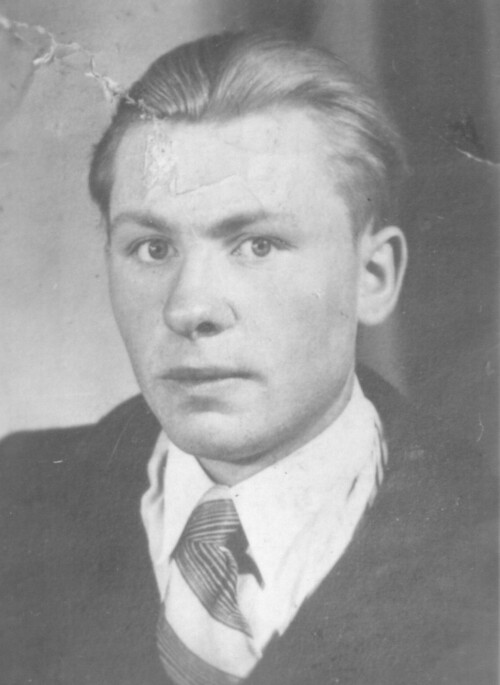 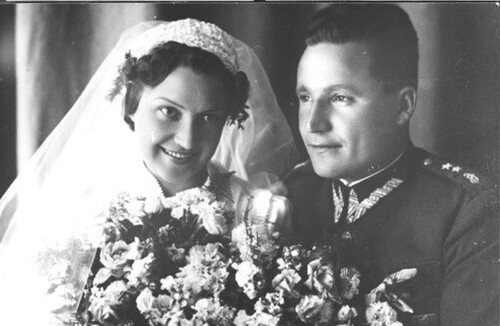 The military part of the Round-up ended on July 19th, however, the arrests and questionings continued for several weeks. It is estimated that the Soviets arrested around 7 thousand people, most of whom were released, but at least 600 were loaded on military trucks and taken away to an unknown location. Today, we are certain they were murdered, thanks to the discovery of a Russian historian, dr. Nikita Petrov, who found a secret telegram of the commander of the operation, where the planned “eradication” of the Polish exposed soldiers was mentioned. This task was to be completed by the special operational group consisting of officers of the “SMERSH” counterintelligence. Since none of the missing returned and there are no credible reports on their fate, it is almost entirely certain that the executioners completed their “task” perfectly.

The lack of knowledge on the fate of the missing Poles worried their relatives, so they searched for any information. However, none of the institutions they asked was able to help them. The local offices, who tried to help them nonetheless, also met with the wall of silence. Some of the people who were too eager according to the communist authorities,  the officers of the Security Office “advised” to stop having an interest in this. Even the interventions with Bolesław Bierut himself brought no effect. For years, the memory of the Soviet crime was nothing but a family secret, unknown to the society.

The breakthrough came on June 28th 1987, when human bones were discovered near the town of Giby. A rushed exhumation showed that German soldiers were buried there. Their remains found eternal rest in the year 2000, when the “Memory” foundation, on the request of the German state, conducted another exhumation and moved them to the German war cemetery in Bartosze, near Ełk.

The disappointment with the results of the exhumations did not kill the hopes of the victims’ families for finding their close ones. The former activists of the “Solidarity” movement created the Citizens’ Committee for Finding the People Gone Missing in July 1945, which took on creating the list of the missing and explaining the circumstances of this crime. Despite the repressions from the authorities, the Committee managed to reach many families and get the information which allowed to, among other things, estimate the scale of the crime.

Russia, which holds the most important materials for the case, has been systematically refusing legal help for the past several dozen years.

In a free Poland, the investigation concerning the Round-up was led by the Suwałki prosecution, and when the Institute of National Remembrance was created, the case was taken over by the Regional Commission Investigating Crimes against the Polish Nation in Białystok. The scientists and prosecutors managed to gather a lot of materials and documents, but the most important matter – how did they die and were do the victims of the Round-up lie, is still unsolved. Russia, which holds the most important materials for the case, has been systematically refusing legal help for the past several dozen years. 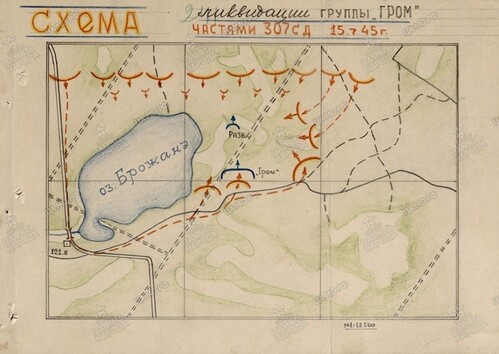 The plan of the Brożane battle 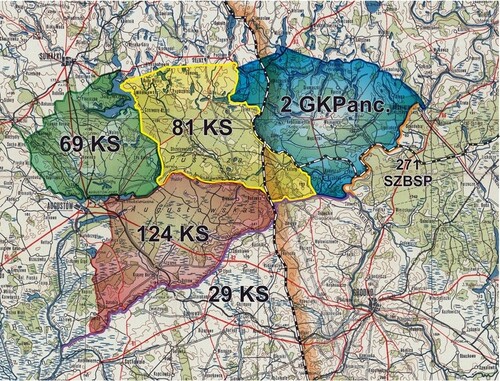 Territory of the Soviet operation 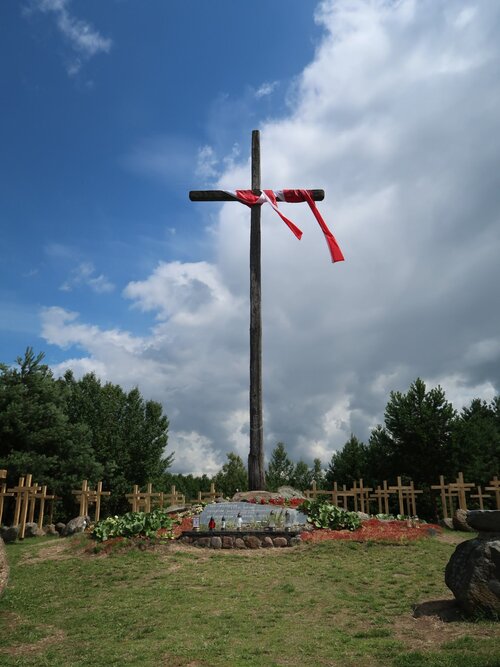