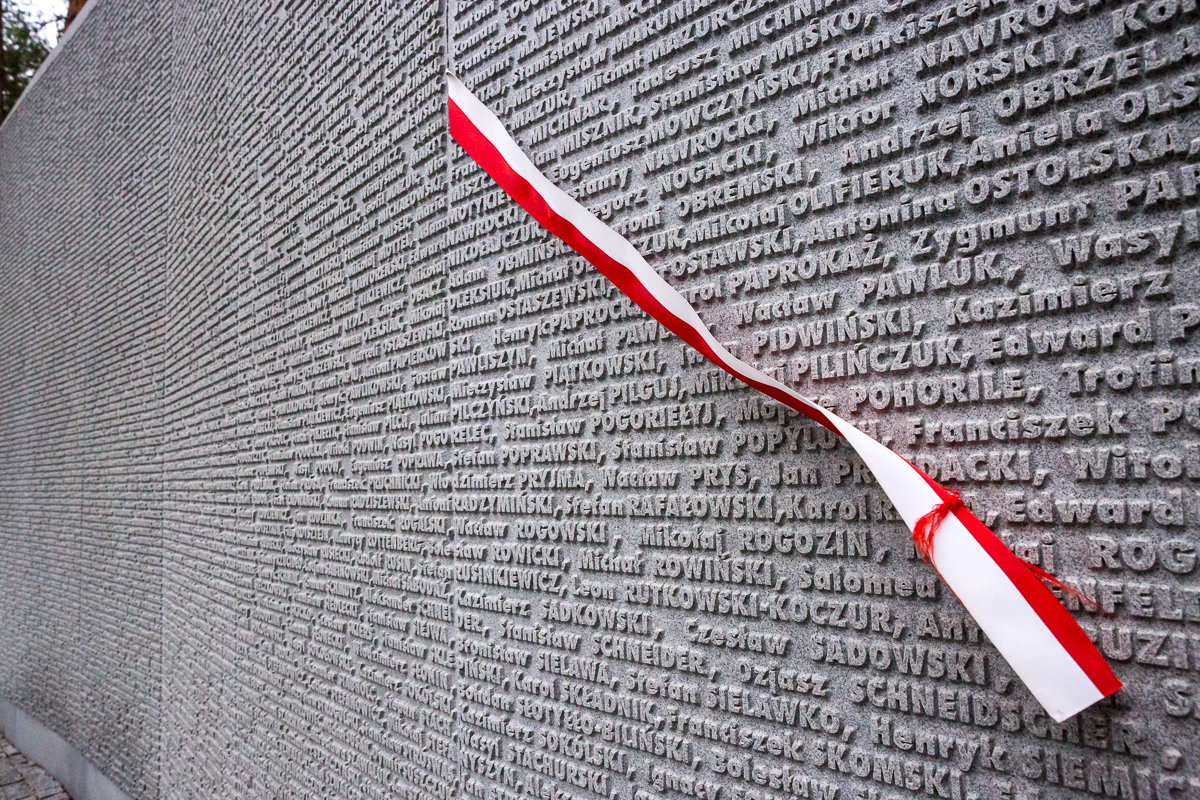 Under Katyń’s shadow. Reflections on underage and female victims of the Katyń massacre.

Author: Ewa Kowalska 28.02.2020
Since the end of the war, for more than 50 years, any works presenting the crimes of the Soviet occupant were officially forbidden from being distributed in the Polish People’s Republic. After all, they were in opposition of the “state truth” of the USSR as the country of wealth, Poland’s ally and Allied powers in the fight against fascist Germany.

Only the changes in international politics allowed for publications and film productions talking about the Republic of Poland as a country located between two totalitarian states. A country, which after years of partitions and a short, twenty year period of independence, had to struggle with the imperial aspirations of its powerful neighbours from the west and from the east.

The policy of eradicating the leading social classes of the Polish nation, Polish patriots independent of their nationality, religion or profession, was to guarantee dominance of both occupants. 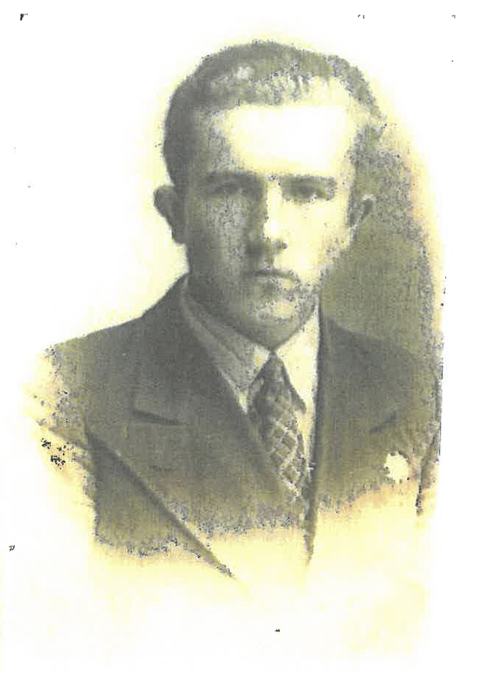 The decision made by the Politburo of the United Workers’ Party on March 5th 1940 described the need to execute the highest punishment, death by a firing squad, on the people kept in three special camps of the NKVD: in Kozielsk, Starobielsk and Ostaszków, as well as in prisons at the territories of the so-called Western Ukraine and Western Belarus. As a result, officers of the Polish Army, policemen, representatives of other uniformed services and thousands of reserve soldiers, all representing the Polish intelligentsia called to defend the Homeland in 1939 and people arrested by the Red Army at the eastern lands of the Second Republic of Poland were murdered. In literature on the subject, the crime of the NKVD is called Katyń or the Katyń Massacre. These words became symbols, originating from the dates of the first exhumation works conducted in Katyń which confirmed the Soviet murder of Polish citizens, made loud by the Germans already in April 1943.

Junior high boys – scouts especially – wanting to help in the fight against the oppressors as much as they possibly could, often followed in their fathers’ footsteps. Captured with the army troops they shared the adults’ fate.

In many texts on various aspects of the 1940 crime, the fact that its victims were also minors – boys and girls – and also women, is seldom raised.

Junior high boys – scouts especially – wanting to help in the fight against the oppressors as much as they possibly could, often followed in their fathers’ footsteps. Captured with the army troops they shared the adults’ fate. According to the guidelines of the Soviet authorities, some of them were sent from distribution camps to special NKVD camps with their fathers. 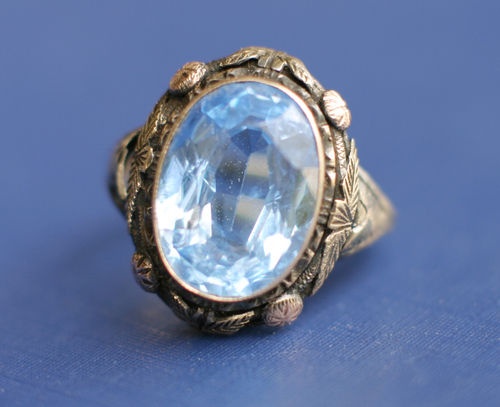 From the currently established group of 65 minors in ages between 8 to 17 who were imprisoned, most of them were released. However, the fate of all of them is not yet known. Did they share the road of the 8-year-old Feliks Mastalerz, whose fate after being sent to a child care home in Ostaszków is still unknown, or rather of Staś Ozimek, whose remains lie in the town of Miednoje? Perhaps it was Staś’s last moments before the shooting that Dmitry Tokariev, the head of the NKVD in Kalinin, described in his journal:

The fate of the women murdered as a result of the decision from March 5th 1940 is also little known. So far, apart from Janina Lewandowska, whose remains were found in 1943 in Katyń, 54 more names of women and girls placed on the so-called Ukrainian Katyń list are known. They are the policewoman, officers of the prison guard, secret agents of Polish special services, military intelligence, conspirators of the Union of Armed Struggle and social and political activists accused of terrorist actions against the Soviet authorities who are all buried in Bykownia. According to documents, landladies, teachers and women lecturers also deserved to die as the enemies of the Communist system.

The women included on the lists to be shot were arrested by the NKVD between September 1939 and April 1940. Their age varied a lot. The youngest was a 17-year-old Aniela Krotochwilówna, and the oldest – Helena Lewczanowska and Nadieżda Stiepanowa – were born in 1881. The family status of the female prisoners varied as well. Some were single, some were married, other were widows and divorcees. They were usually questioned in local prisons e.g. in Łuck, Równe, Lviv, Tarnopil and Stanisławów where they were classified as “radical enemies of the Soviet authorities”. Then, they were transported to jails in Kiev, Kharkiv and Kherson. Some of them had children. In many cases, their families also suffered as a result of the Soviet repressions. On the list of the women murdered in Ukraine there are sisters, a mother with a daughter and marriages. Moreover, many families of the arrested women were deported and sentenced to gulags. Many of their relatives died deep into Soviet Russia.

Objects found during exhumation works conducted in the pit deaths of Bykownia in the years 2001, 2006 and 2007 which were holding the remains of Polish citizens were given to the Polish side and are currently in the collections of the Katyń Museum in Warsaw. However, around a thousand objects found in 2011 and 2012 are still kept by the Ukrainian side.

The women included on the lists to be shot were arrested by the NKVD between September 1939 and April 1940. Their age varied a lot. The youngest was a 17-year-old Aniela Krotochwilówna, and the oldest – Helena Lewczanowska and Nadieżda Stiepanowa – were born in 1881.

Although on some objects there were names of the victims that were on the list of those murdered in Ukraine, on none of the objects were the names of the killed women. Nonetheless, there are artefacts among them which clearly belonged to women. These were elements of clothing and shoes, jewellery and other personal items. Thanks to the exhumation works led by Regina Piątek, currently an employee of the Ministry of Culture and National Heritage and Dominika Siemińska, employed at the Bureau of Remembrance and Identification of the Institute of National Remembrance, it was established that a cigarette holder with an inscription “Halina 1940” may belong to Władysława Raszplewicz who often used her second name – Halina.

Although a certain stage of unravelling the truth about the Katyń Massacre has been closed, its final goal – the full truth – still remains distant. After all, the Polish citizens who are buried in other places than the Polish War Cemeteries, the ones murdered in Kherson and Belarus, are yet to receive proper burials.