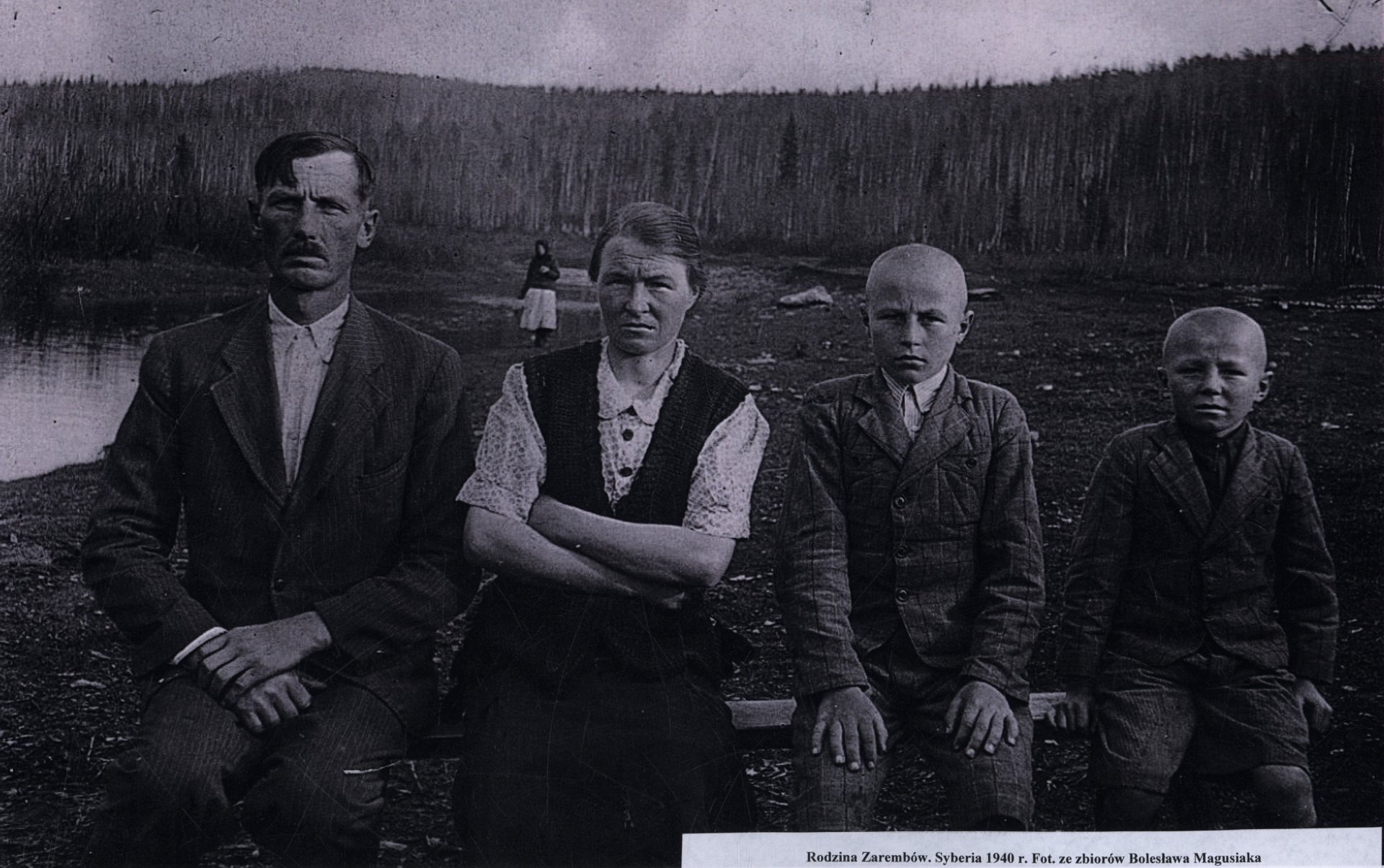 “Hunger overcame fear”. How Polish women managed to ensure existence of their families in the Siberian exile

Historical era
(1939-1945) II wojna światowa
Author: Angelika Blinda 12.02.2020
Between 1940-1941, due to mass deportations conducted by the Soviet authorities at the eastern lands of the Second Republic of Poland, thousands of Polish families were forced to leave their homes. Sent deep into the USSR, they had to face hunger, illnesses and death.

“Our fate is already sealed”

For the deported Poles, the moment of leaving their homes was also the beginning of the unfair fight for their survival. Many – especially women and children – could not withstand the harsh conditions and died during the journey. Those who managed to stay alive upon arrival were allocated to settlements, collective farms (kolkhoz) and state farms (sovchoz).

The one thing that seemed to be consistent in journals of all deported people was the never-ending feeling of hunger. It changed them not only physically but also psychologically. The thoughts of Poles exiled to Siberia mainly focused on surviving another day; however, to accomplish that goal they had to get food for themselves and their relatives.

Mothers with little children, especially with new-born babies, were in the toughest situation, as due to malnutrition and exhaustion they would often loose milk in their breasts. Meanwhile, milk was not an everyday commodity. They had no choice but to improvise – children were given watered-down honey and flour or buns to suck on, yet in most cases it was not enough to save the youngest. 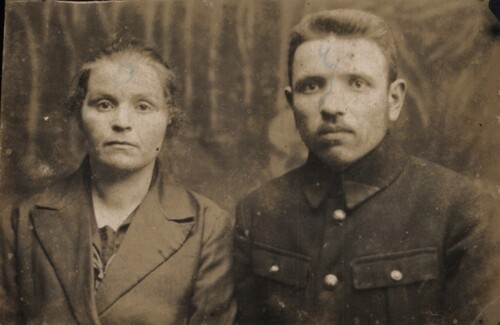 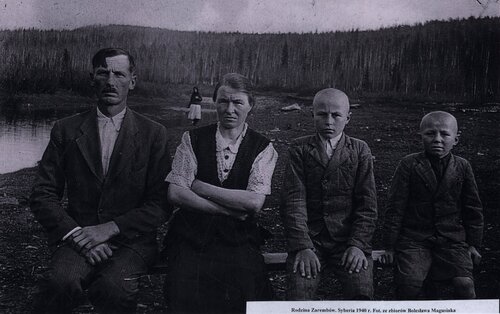 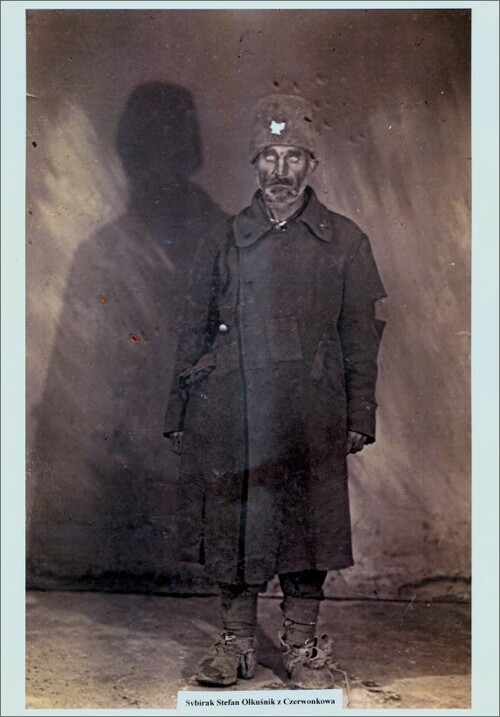 “How in the world did mothers manage to ensure the most basic living conditions, is hard to answer”

Meals of relocated Poles consisted mainly of loamy, dark bread which was also – next to soup – payment for work. Its allocation differed depending on the region, employment and adopted norms, but the portions were never enough to feed entire families.

Hard work, famish and spreading diseases led to high mortality among both children and adults. Every day was a struggle to stay alive, so people tried to face the shortages in various ways. Some- if only they had a good opportunity – tried to steal, risking beating up, imprisonment or even death. People working in stables stole horse food, especially potatoes and press cake, which they could chew for a long time and thus avoid the feeling of hunger.

However, when writing about the troubles of everyday life in Siberia, the role of women needs to be especially underlined – the wives, mothers and daughters – who, as much as they could, tried to ensure the minimum of existence for their close ones. For this, they had to be especially creative as well as know local plants and how to cook them. As a result, Polish women in Siberia were capable of preparing meals from a wide range of products which more or less fulfilled appetites and provided the much needed energy.

Linden trees were called the trees of life, as they had a variety of uses. Their sips were used to make makeshift shoes, the so-called “łapcie” – which were to give protection from frostbite. The bark was made into meals – it was dried up, ground in primitive querns and then boiled in hot water, which resulted in not very tasty but nutritious slime. In a similar way, the resin from firs was used to create the so-called “siera”, a kind of bitter sweets.

In the summer, during days free of work, mothers would take the older children to forests to gather blueberries, cranberries and mushrooms. “Gruzdzi”, mushrooms similar to saffron milk cups, were very popular. The gathered mushrooms were dried up or salted and served as a substitute of meat during winters. The berries were in turn fried to make jams. The rest of the gathered goods were exchanged in the nearest kolkhoz for potatoes, groats or wheat. Thanks to these “treasures”, Poles could cook soup which was usually the only meal during the entire day. Rotten potatoes were also gathered in fields – then washed, boiled, mixed with some flour and fried into potato cakes. 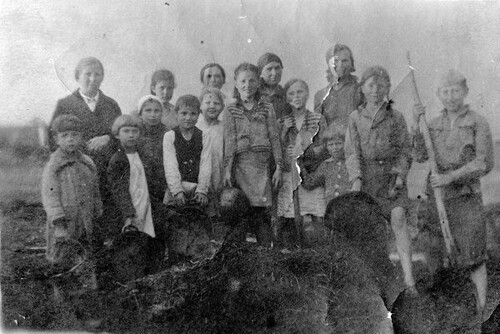 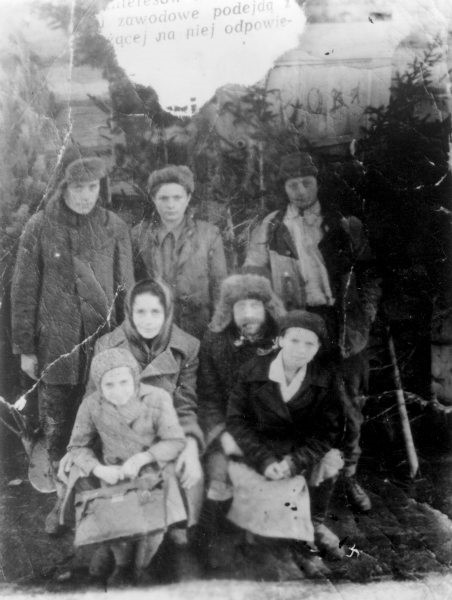 “She exchanged the last silver watch for groats”

Women employed in the kolkhoz vegetable gardens and on potato fields were in a relatively good situation, since they could smuggle – hidden beneath their dresses – a few carrots or potatoes. Almost immediately upon arrival Poles forced to relocate sought contact with the locals. It is worth stressing; though, that the local population often approached them differently, yet – what is confirmed in memoirs – they were usually rather sympathetic and helped them despite their own striking poverty. First and foremost thanks to barter, the deported Poles acquired some products or warm meals from them. The locals were offered not only various items in exchange, but also services. Zofia Dołęgowska, who ended up in Siberia during a deportation in February 1940, wrote in her journal that children also attempted to get food – despite the danger of being caught, they gathered under the cover of darkness and travelled on foot to the nearest kolkhoz exchanging personal items for milk, since as she recalled “hunger overcame fear”. In turn, Marianna Czaplicka recalled that her mother tailored old dresses for the kolkhoz women, for which she was rewarded with food. She once even received a baby goat: “it was a huge support, since after the goat had its own offspring, we had milk and another goat, which was like a mountain of food. An honourable place in the house was a nest by the stove, reserved for a hen which we also got as payment for sowing. The hen was our treasure, since she laid eggs.”

The life of people deported deep into the USSR was full of hopelessness and constant fear. The insecurity of what the future would bring, the lack of proper clothes, vermin everywhere, famish, illnesses and death were the inseparable elements of the everyday reality of Siberia. Among the countless issues which the Polish families had to face, one of the most important and difficult ones was the lack of food. Many of the deported survived this extremely harsh time only because they cared for their relatives, and their desire to survive gave them strength in the struggle for a mere piece of bread.