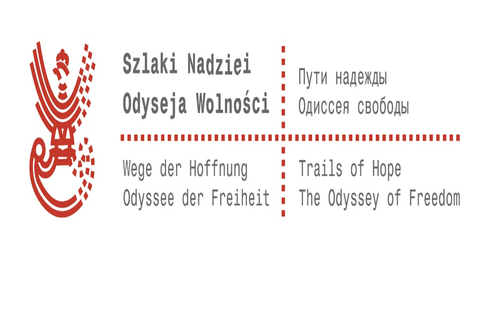 Trails of Hope. The Odyssey of Freedom

17-03-2022
Soldiers of the Polish Armed Forces, an army of nearly 200,000 at the peak time of the war, also played an important role on many other fronts: in Narvik, the Battle of Britain, Tobruk, and Arnhem. Brothers in arms with the British, Americans, and other nations, they fought for freedom, dignity, and peace not only for themselves but also for the others. Their contribution to the victory over the Nazi Reich is incontestable.

On 1 September 1939 the SMS Schleswig-Holstein battleship shelled Westerplatte, starting the bloodist conflict in the history of humankind: the Second World War. The Polish Army resisted the aggression along the entire state border. 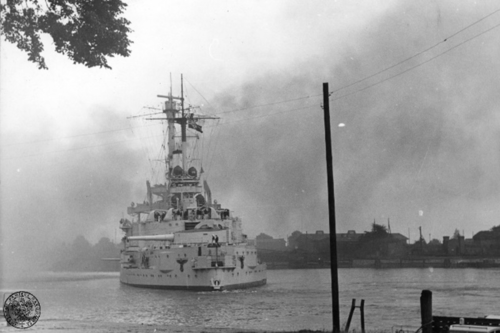 The reconstruction of the Polish Army

Supported by the destructive Luftwaffe air raids, the attacking Wehrmacht troops forced hundreds of thousands of Poles from their homes. Dead horses, abandoned cars, long columns of people running away with suitcases and packs marked their trail. In 1939 the Polish highways were the silent witnesses of the tragedy of people abandoning homes in pursuit of a safe haven. Initially the streams of people flowed to the east, where there were no Germans. The situation changed drastically after 17 September, when the eastern part of Poland was invaded by the Red Army. Many soldiers and civil servants managed to cross the Romanian or Hungarian border, fewer – the Lithuanian or Latvian. That was an opportunity to reach the West and continue fighting Germans.

Soon the Soviet Union and the Third Reich acting jointly on the power of the illegitimate Molotov–Ribbentrop Pact, concluded above the heads of the Poles, tore the Polish state apart.

Fighting in Poland ceased in October 1939, yet the waves of civilians flowed on: some moving from under German occupation to the territories controlled by the Soviets, to join their families. Others, numerous Jews among them, believed escaping to East increased their chance of survival. 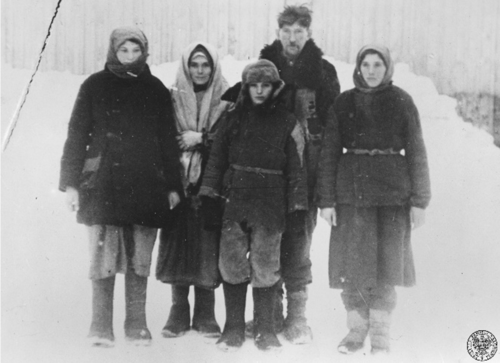 Yet, people were still subject to repressions there. In 1940–41 around 315,000 Polish citizens were transported to the back countries of the USSR: to Siberia, the steppes of Kazakhstan, and other remote regions in four major deportation campaigns organised by the NKVD. The difficult conditions in the transport and later at the destinations resulted in high mortality.

The Polish government-in-exile started operation from France to move to the UK after its fall. General Władysław Sikorski, entrusted the posts of the Prime Minister and the Commander in Chief of the Polish Armed Forces, embarked on the reconstruction of the Polish Army abroad.

Soldiers of the reborn Polish Army participated in successive military campaigns. The Polish Independent Highland Brigade defended Narvik in May 1940, and 50,000 Poles fought the Wehrmacht in France. The defeat of Poland’s greatest ally did not dampened the spirit of the Polish soldiers. Summoned by their Supreme Commander, they arrived in the United Kingdom, to reconstruct the Polish Armed Forces again. Polish airmen fought in the Battle of Britain earning the comment that:

The combat units set up in Britain, especially the bomber squadrons, moved hostilities to the territory of the German Reich. Poles set forth to Africa to fight the Axis Alliance. Polish sailors watched over the convoys with supplies necessary for the operation of the British Isles.

The Polish Armed Forces in the USSR

Exiled by Stalin, Poles died by the thousand, silently, on the Eastern marches of the USSR. After the Nazi Germany attacked the USSR in June 1941, hope was kindled for those who remained alive. In the face of Wehrmacht’s blitzkrieg offensive, the Soviet generalissimo, Joseph Stalin, revised his policy towards Poles. 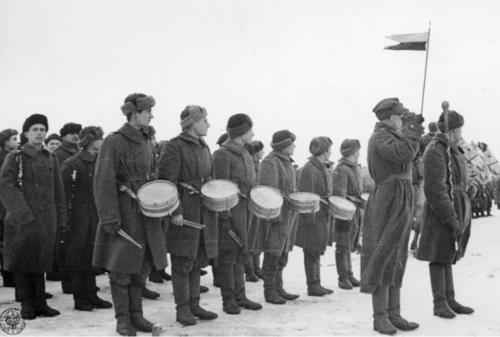 Moscow reinstated diplomatic relations with the Polish government to conclude a military agreement on 14 August 1941. It envisaged that the Polish Armed Forces, under Sikorski as the Commander in Chief, fighting Germans hand-in-hand with the Red Army, will be created in the USSR:

“in the possibly shortest time”.

It mostly recruited from Poles released from prisons, gulags, and other places of exile. General Władysław Anders, who had spent nearly two years in Soviet prisons, was nominated the commander of the Polish Army in the USSR.

The newly established army was short of everything: weapons, food, clothing. Only the military spirit was abundant.

“For the first, and may God that, the last time I received a parade of shoeless soldiers. They were obsessed with the idea of marching. They wanted to show the Soviets that their bare bleeding feet can beat the military cadence on the sand as they start their march to Poland”

In the spring of 1942 Anders’s soldiers were still malnourished, insufficiently equipped, and worse, suffering from diseases. The decision to evacuate first some and later the entire Polish army with accompanying civilians from the USSR was agreed with the Soviet authorities. Later, those civilians – nearly 38,000 people, of whom nearly 9,000 were children – found shelter on four continents, importantly in East Africa, India, Mexico, and New Zealand. Nearly 80,000 soldiers were evacuated to march a long trail via Persia, Iraq, Palestine, and Egypt. Finally, they reached Italy, where, as the 2nd Polish Corps, they won renown for capturing Monte Cassino, and liberating Ancona and Bologna. After a meeting with Anders, the famous US General George S Patton wrote, that:

“Polish troops look best of all that he has seen, British and American included”.

While the 2nd Polish Corps fought fiercely in Italy, the “Black Devils” of General Stanisław Maczek’s 1st Armoured Division followed a different order of battle through France, Belgium, and the Netherlands to Wilhelmshaven in Germany.

Soldiers of the Polish Armed Forces, an army of nearly 200,000 at the peak time of the war, also played an important role on many other fronts: in Narvik, the Battle of Britain, Tobruk, and Arnhem. Brothers in arms with the British, Americans, and other nations, they fought for freedom, dignity, and peace not only for themselves but also for the others. Their contribution to the victory over the Nazi Reich is incontestable. 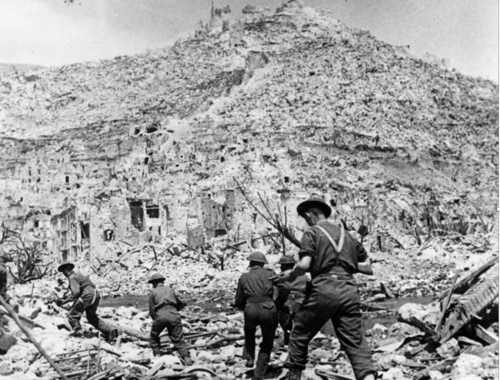 Yet the conclusions after the end of the war were distant from the freedom Poles expectated. Soviets installed a communist government in Warsaw. Generals Anders and Maczek, who like many compatriots chose the difficult life of an émigré, were stripped of Polish citizenship. Around 120,000 soldiers of the Polish Armed Forces decided to return home. Many were subjected to dire repressions, and even more never lived to receive due recognition.

The Institute of National Remembrance developed the project “Trails of Hope. The Odyssey of Freedom” so that the memory of the soldiers of Anders’ Army and of their contribution to the victory over Germany were not forgotten. In this way, we want to honour the military effort of the Polish Armed Forces and the fate of civilians evacuated from the USSR with General Anders’ Army in 1942. This project is intended to let all the people deported to the camps in Siberia and Russia hinterland speak. It is an opportunity to recall the places of remembrance scattered throughout the world, from Asia via the Middle East, Africa, and Europe, to both the Americas.

Another important objective of the project is to cooperate with local communities, Polish embassies, and the Polish diaspora to obtain forgotten materials on the soldiers of the Polish Armed Forces and civilians successfully evacuated from the Soviet Union.

Another fundamental purpose of the project is to rekindle the memory of the forebears in local Polish communities: people who committed their life and strengths to the defence of homeland at a historical turning point.

Moreover, “Trails of Hope. The Odyssey of Freedom” is a tangible expression of the Polish historical policy as it presents the Polish historical narrative on the World War II, especially abroad, as people living in various states know little about Poland and its contribution to the victory over the Nazi Germany.